Joël Doré is a researcher in intestinal microbial ecology at the Micalis Institute (Université de Paris-Saclay, INRAE, AgroParisTech) and scientific director of the centre of excellence for microbiome analysis, MetaGenoPolis. A world leader in human microbiota and specialist in metagenomics, he discovered the links between intestinal microbiota – microorganisms living in the digestive tract – and chronic neurodegenerative and neuropsychiatric diseases. The researcher has co-founded several startups - including the latest two: Gut Microbiome Testing and Novobiome to implement his discoveries in diagnostic and therapeutic applications.

Joël Doré has been working on microbiota for 35 years. Now one of the most cited scientists in the world (HiCiSci), he began his research on animals. Graduate of Agro Rennes, he joined INRA (now INRAE) in 1983 in Clermont-Ferrand, then wrote a thesis in the USA, which he presented in 1989. The transition of his studies to human microbiota occurred in the early 90s when he joined one of INRA’s most important units: MICALIS, in Jouy-en-Josas, France. Joël Doré was deputy director from 2010 to 2014.

"Microbiota itself is not as important as its relationship with the host: how it interacts with the organism," explains the researcher, who is particularly interested in gut microbiota. With fascination, he gradually discovered the wide and central role gut microbiota plays in treating pathologies. He worked with the medical community and began by studying inflammatory bowel diseases, then metabolic diseases (obesity, diabetes) and liver diseases (cirrhosis). "Indicators of alteration associated with these diseases is frequently detected in intestinal microbiota." Investigation into the impact of microbiota on the brain has begun with descriptive work about neurodegenerative and neuropsychiatric diseases. This is of particular interest to Joël Doré.

The role of metagenomics

Based on the observation of the symbiosis between the host and microbiota, Joël Doré’s research was based on molecular technologies, a growing field in the 90s. He pushed these means to their limits to study bacteria and their complex system. Out with Petri dishes and tubes! With help from his biocomputing colleagues, he reconstructed genes and genomes and modelled ecosystems. A skill that he continues to develop. "Metagenomics tools can be used to take a “molecular photograph” of intestinal microbiota, both very quickly and with an unprecedented degree of detail. Using that, we are able to identify all the microbes and their genomes’ functions.” The team then compares "photos" of patients’ intestinal ecosystems with healthy subjects. "Without exception, this shows that bacteria are missing in patients, which led us to think that if we restore missing bacteria, lost functions will be restored," says Joël Doré.

The link between the bowels and the brain

This major discovery has led to many health applications, which corresponds to Joël Doré’s profound desire to offer preventive or therapeutic solutions that are “useful to society”. Including improving control of the exponential - and what the researcher qualifies as “scary” - increase in neuropsychiatric conditions such as autism. In the United States, autism affects 1 in 50 births, and in France, 1 in 150. More than half of autistic people suffer from intestinal disorders, compared to 15% of the general population. "The alteration of the symbiosis between a host and its microbes disrupts the intestinal system, making the intestine permeable and inflammatory. In autism, there is a relationship between the intestinal barrier and the blood-brain barrier, hence between the blood and the brain. If the intestinal barrier is "broken", stressful metabolites pass through the bloodstream causing brain inflammation,” explains Joël Doré. “If we can repair the intestinal symbiosis for people, we may be able to improve their condition.” Studies, particularly in the United States (James Adams, Oklahoma State University), have found that when intestinal disorders in autistic people are resolved by microbiota transfer, their syndrome improves dramatically.

Joël Doré has co-founded startups to develop new therapies using his research: Enterome in 2008, and Maat Pharma in 2014. Both successful companies, they now develop drugs based on microbiota or molecules derived from intestinal microbiota. Maat Pharma is based on scientific innovation that is also perilous from a technological point of view. “The challenge is to prepare healthy intestinal content by completely preserving intestinal microbes in order to restore the symbiosis in patients,” explains the researcher. He goes on to say that the startup has raised €40M since its creation. He is also the co-founder of very recent startups that aim to solve other medical problems. "INRAE has highly standardised tools with strong potential for clinical application. I hope that my adventures contribute to the emergence of a new microbiota medicine.”

Joël Doré clearly enjoys sharing his knowledge with the general public and participates in numerous radio and TV programs, conferences, and even exhibitions. He also encourages young researchers around him -  his “rising stars” - to research with intention for application. "When the first clinical trial of autologous microbiota transfer is conducted in patients with acute leukaemia and their chances of survival are increased, our scientific developments can be deemed useful." Asked if he is tempted to become a full-time businessman, Joël Doré replies: "We each have our speciality, but I do see myself working even less with a lab coat and pipette in 5 to 10 years and more involved in applying my research to serve society." 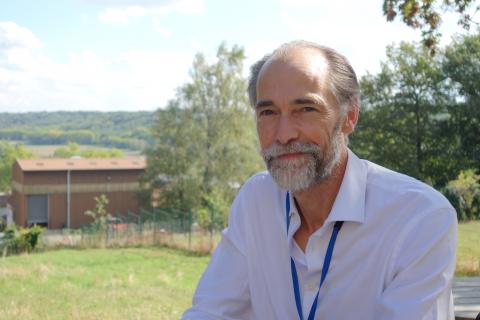