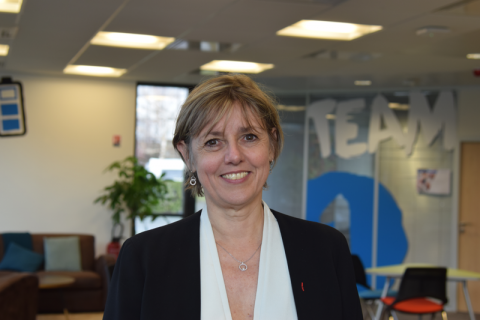 Sylvie Retailleau was elected with 27 votes for, 2 against and 6 blank votes during the first Board of Directors meeting. Sylvie Retailleau was the only candidate for the position. She previously chaired as the President of the Community of Universities and Institutions “ComUE” Université Paris-Saclay from January 2 to December 31, 2019.

The major projects that await the new President for this four-year term of office are organised around the continued consolidation of Paris-Saclay University with the dual objective of strengthening its place as an internationally-recognised research intensive university, while remaining a university rooted in its territory, open to the world, to business and society -- a university with a rich and ambitious undergraduate training offer, adapted to the diverse profiles of students and today’s socio-economic challenges.

In her first speech to the Board of Directors, the new President reaffirmed that Paris-Saclay University, bringing together schools and universities within the same institution in strong partnership with national research organisations, is a concrete expression of the evolution of French Higher Education and Research towards a contemporary system that goes beyond the old divisions to promote synergies by meeting international standards.

Sylvie Retailleau outlined the main themes of her project for Paris-Saclay University and particularly the collective commitment, the promotion of the values and missions of the university, in coherence with those of its partners, in respect, listening and co-construction.  She recalled that Paris-Saclay University is already a centre contributing to the evolution of the scientific, social, cultural and even political life of France, while respecting the freedom and diversity of approaches and practices as well as democratic and collegial values. She also stressed the University's leading economic dimension, which will play an important political role in local development.

Sylvie Retailleau warmly thanked Françoise Moulin Civil who has been acting as provisional administrator of the University since November 6, 2019. 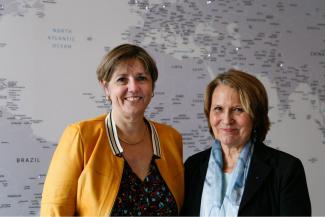 Sylvie Retailleau is a University Professor and Professor of Physics at Paris-Saclay University.  An alumnus of ENS Cachan, Sylvie Retailleau was admitted to the agrégation de physique appliquée in 1988 and obtained a PhD in science from Université Paris-Sud in 1992. Her research topics developed at the Institut d'Electronique Fondamentale (IEF, Université Paris-Sud/CNRS) focus on the theoretical study of the physics of semiconductor components for advanced electronics. Since 2001, she has held a professorship at the Université Paris-Sud, now Paris-Saclay University. She was in charge of the IST (Information, Systems, Technology) Master's degree until 2008, as well as the research operation "Integrated Quantum Components for Nanoelectronics" at the Institut d'Electronique Fondamentale (now C2N) since its creation in January 2002 until 2011.

Vice-President of the Physics Department of the Orsay Faculty of Sciences from 2007 to 2008, then Vice-Dean in charge of training from 2008 to 2011, she was Dean of the Faculty from September 2011 to May 2016. Sylvie Retailleau was President of Université Paris-Sud from May 2016 to December 2018. Since 2008, she has been strongly involved in the setting up of the Idex Paris Saclay project, first in the training component and since 2011 more broadly in the structuring of training and research as well as governance.
Sylvie Retailleau was also Director of the Microelectronics Division of the National Center for Training in Micro Nanoelectronics between 2004 and 2016.