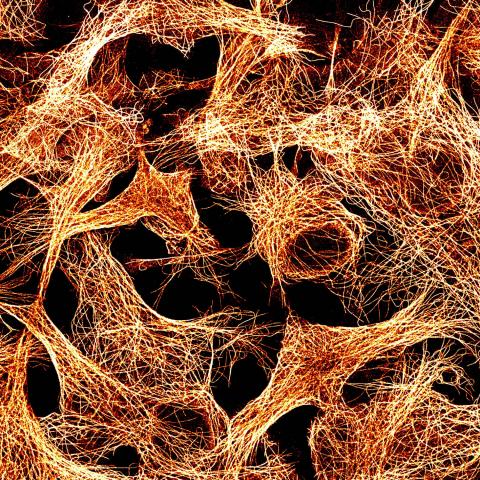 Sandrine Lévêque-Fort specialised in optical imaging methods when she completed her thesis in 1999 at the optical laboratory at the “École supérieure de physique et de chimie industrielles de la ville de Paris” (ESPCI Paris) within the context of her studies at Université Pierre et Marie Curie. She followed this with a post-doctorate at Imperial College in London in 2000 where she studied an area which is still her field of expertise today, i.e. the development of instruments and methods in fluorescence microscopy for the observation of cellular mechanisms, in particular through time-resolved observations.

The observation of living samples

In 2001, Sandrine Lévêque-Fort obtained a post as a research fellow at CNRS and joined the “Institut des sciences moléculaires d’Orsay” - ISMO (Université Paris-Saclay, CNRS) to work with a team which at that time was studying the reactivity of molecules primarily in solutions. It was here that she started experimenting with living cells. The researcher brought with her to the laboratory her expertise in developing time-resolved instruments suitable for observation in cell-related environments. “This method is very useful for detecting the proximity of two molecules and understanding their interactions within cells and over time. Thanks to this, we have a better understanding of the impact of two proteins involved in the formation of senile plaques in Alzheimer's disease.” She develops microscopes capable of speeding up acquisition times and implements new methods of observing events in the membrane of living cells and neurons in particular.

The emission of supercritical fluorescence - from the patent ...

In 2010, she was interested in super-resolution methods of microscopy which made it possible to overcome the problem of diffraction and to have microscopes with an improved spatial resolution of 10 to 20 times. One of these methods was based on the observation of single molecules, which involves forcing the temporally staggered emission of fluorescent molecules in order to locate them in the biological sample more precisely. “The observational constraints of this new approach are such that many steps have to be rethought, from sample preparation to obtaining the final image.” This led her on to develop different methods dedicated to super-resolution, such as the two-dimensional localization of molecules. To find their height and axial direction, the researcher decided to use a method which had been forgotten until then, i.e. supercritical angle fluorescence or SAF. This intrinsically present fluorescence property helps to reconstruct in 3D and in a very precise way the first 500 nanometers of a biological sample. This instrumental development, as well as her skills and expertise in sample preparation was the subject of various patents. These observational techniques on a new scale bring to light the underlying mechanisms of cell biology which have hitherto been invisible, and provide the field of research in biology and medicine with the opportunity to work on new leads for possible treatments in oncology and neurology. “The field of super-resolved microscopy is at the interface of many subjects, which makes my work very demanding, but also varied and exciting. Knowing that my work is being used by my fellow biologists and physicians to advance their research is very rewarding and motivating for me.”

In 2015, Sandrine Lévêque-Fort was thinking about the best way to develop and apply these patents in the industrial world. Nicolas Bourg was a PhD student she was supervising. He developed the combining of SAF imaging for the observation of single molecules and was considering embarking on the creation of a start-up. She then advised him to attend a training course on the development and creation of start-ups organized by CNano IDF, the competence centre for nanosciences in Île-de-France. There, he met Jean-Baptiste Marie, a PhD student studying physics at Université Paris Diderot and a true entrepreneur at heart. Thanks to a maturation project from SATT Paris Saclay, they embarked on the creation of the start-up company, Abbelight. Today, Jean-Baptiste Marie is the CEO, Nicolas Bourg is the CTO and Sandrine Lévêque-Fort the CSO (Chief Science Officer). “I find the energy and responsiveness of this start-up fantastic, it never ceases to amaze me. It's moving ahead at breakneck speed!”

New methods, patents and even a joint laboratory

In 2016, still driven by her enthusiasm for the field of optics and by all the opportunities for discovery it offered, Sandrine Lévêque-Fort filed a patent for the ModLoc (Modulation Localization) technique in partnership with the Institut Langevin. This technique goes even deeper into the study of samples (down to 50 microns) with a uniform resolution. This project received support from the IdEx (Initiatives d’excellence) prematuration programme from Université Paris Saclay and the LabEx PALM (Laboratoire d’excellence Physique : atomes, lumière, matière - Laboratory of Excellence in Physics: atoms, light, matter). This new development, recently published in the Nature Photonics journal could be used in the near future in the start-up. The same can be said of the alternative NanoImaBio method, dedicated to the identification of several types of molecules, which the researcher is currently developing thanks again to LabEx PALM.

Sandrine Levêque-Fort and the start-up are now thinking of creating Nanolife - a new joint laboratory - to help with their many future collaborations. “Thanks to the combination of our complementary expertise in computer science and optics, we will be able to develop new instruments dedicated to the analysis of living samples.”

Sandrine Lévêque-Fort received the 2020 Irène Joliot-Curie prize in recognition of her constant flow of ideas and future projects. The prize promotes women working in the world of science and technology in the category Women, Research and Enterprise. Since 80% of the world of optics is male, many peers, both men and women, encouraged her to apply for this award in order to promote the importance of gender diversity in all areas of research. The prize, as well as an endowment of €15,000, was awarded to her for her career and research work in the field of optical microscopy, as well as for her participation in the creation of Abbelight. “I had the lovely surprise of being selected and receiving many messages of congratulations. Thanks to this award, my female colleagues feel better represented and perhaps this will lead to further careers. Microscopy research is highly collaborative, interdisciplinary work and I consider this award to be also for students and colleagues who have contributed to this work. It shines the spotlight on all teams working in the area who also greatly appreciate this recognition and appreciation.” 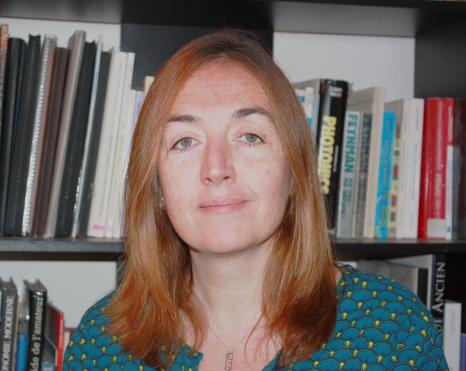