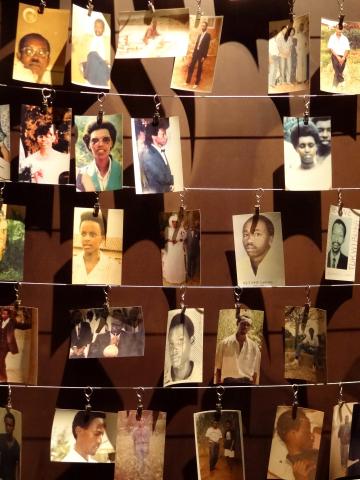 Last May, a fugitive accused of being responsible for the Tutsi genocide in Rwanda was arrested in the Hauts-de-Seine in France. In June, the French Council of State authorised access for researcher François Graner to the archives of former President of France, François Mitterrand. These two events in 2020 seek to shed light on the events for survivors, victims’ families and historical research. François Robinet, lecturer in contemporary history at the Centre for Cultural History of Contemporary Societies (CHCSC – UPSaclay, UVSQ), explains the challenges.

On the night between 6 and 7 April 1994, one of the worst genocides of the last century began: the genocide of Rwandan Tutsi orchestrated by the government of Rwanda. According to the UN, approximately 800,000 Tutsi – one of the three ethnic groups in Rwanda with the Hutu and Twa – were massacred by Rwandan armed forces, Hutu militias and a part of the civilian population in just over three months.

A quarter of a century later, many questions remain unanswered. Historian François Robinet studied the treatment of African conflicts by French journalists in the 1990s and 2000s for his thesis. This led him to raise new questions about the Tutsi genocide. "Originally, I planned to study the interest or disinterest of French journalists in African contemporary conflicts. I am now trying to see how my expertise in cultural and media history can help to better understand the genocide," he explains.

The history of the Tutsi genocide is still being established. Recent events have added fuel to the fire. Firstly, the arrest of Félicien Kabuga on 16 May in Asnières-sur-Seine in the French department of Hauts-de-Seine. He was one of the dignitaries of the regime that planned the genocide. On 30 September 2020, the Court of Cassation, the highest court in the French judiciary system, confirmed that the man accused of funding the genocide had been handed over to the international justice system. Within a month he will be transferred to the Mechanism for International Criminal Tribunals (MICT), an international court established by the UN Security Council and mandated to continue work begun by the Rwandan international criminal tribunal.
François Robinet provides the context. "There are several issues for the trial. Survivors and victims’ families hope that justice will be served. Historians hope that new evidence will reveal more about the role of Mr. Kabuga and his relatives, and that new archives will be found.”

In June, a few weeks after the arrest of Félicien Kabuga, the Council of State also authorised researcher François Graner - who has been working on the genocide for many years - access to François Mitterrand’s archives. “The Council of State has given priority to the legitimacy of historical research and the interest for the public to have access to this information, rather than the protection of possible state secrets and of people who might be threatened by the consultation of such archives," says François Robinet. “This supports the arguments of researchers’ who are regularly obliged to request special dispensation to consult them.”

The genocide of the Tutsi in Rwanda has become a topical issue, but few French people know much about the events. As historian, François Robinet offers an explanation, “When the genocide began, most media failed to quickly identify it as genocide. What’s worse, at the time the media tended to restore colonial representations that the Hutu and Tutsi had been waging war for centuries, and that this was just another outbreak of violence.” This misrepresentation has persisted. “25 years later, phrases such as "the ancestral rivalry between Hutu and Tutsi” and confusion between perpetrators and victims of the massacres still appear in the press. This gives the impression that nothing has changed and that the same frame of reference continues to pervade collective memory.”

In the context of such misrepresentation, some have written, produced and drawn documentary or fictional works, such as author Scholastique Mukasonga, writer Jean Hatzfeld and director Alain Tasma. Investigative journalists are still looking into the subject. François Robinet urges for history to be revealed: “The reality of the Tutsi genocide must be exposed - both because what happened has universal scope and because it is not a Rwandan-Rwanda story. Neighbouring countries were involved, and major foreign powers - including France - were heavily involved. So, it is also a French-Rwanda story.” A story which must now be told.