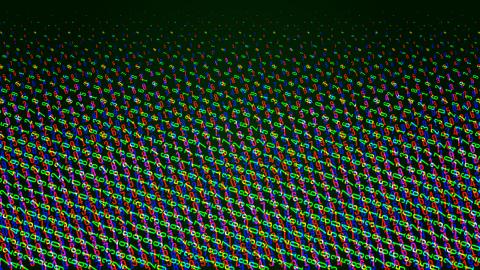 Pushing the Boundaries of Calculation Precision

How precise can a mathematical calculation be? In the very niche field of formal calculation, Pierre Lairez from the MATHEXP team (formerly Symbolic Special Functions – SPECFun – Univ. Paris-Saclay, Inria Saclay-Île-de-France) wants to develop new abstract tools that can calculate integrals with a high level of precision. His project, 10,000 DIGITS, which is looking at this, received a European Research Council (ERC) Starting Grant in January 2022.

“Let’s say I give you a number, close to 1.41. There’s nothing much to say about it. But what if we added a dozen decimals to this number? Let’s say 1.414213562373. What would happen? In the end, we would realise that we're talking about the root of 2. Not only were we able to guess the value thanks to this precision, but we were able to be near-certain about it.” This is the importance of mathematical precision, summed up by Pierre Lairez. In maths, this precision is often synonymous with decimals; the more numbers that there are after the decimal point, the more precise this number is. The higher this level of precision, the more chances mathematicians have of extracting information from this number.

With this project, Pierre Lairez is aiming for results with 10,000 numbers after the decimal point. This extraordinary precision is specific to maths, as the Inria researcher points out: “This kind of precision is of little interest, nor does it make much sense, physically. In physical terms, it doesn’t make sense to want 10,000 numbers after the decimal point. Even for significant physical constants (the gravitational constant, the Planck constant, etc.), we don’t know what it would mean for these numbers to be precise to 10,000 numbers.”

A high degree of precision is also required when it is a computer that is calculating. Formal calculations, which is Pierre Lairez’s field of research, involves using ‘finite and exact’ objects. Computers are therefore essential to formal calculations: “They're a mathematical tool. If we didn’t have the computer’s precision, we wouldn’t be able to reconstruct the exact object.”

It was for this that the European Research Council awarded him an ERC Starting Grant last January to launch the 10,000 DIGITS project. This grant, which honours early-career researchers with outstanding ideas, has given Pierre Lairez €1.4 million in funding over five years. The researcher is currently supported by a PhD candidate, Eric Pichon-Pharabod, but “we are currently hiring” to expand the team, he explains. The grant will also fund two other doctoral contracts as well as two postdoctoral posts.

The launch of the 10,000 DIGITS project allows Pierre Lairez to focus his research on developing new abstract tools, which are used in experimental mathematics, and in particular, algebraic geometry. Calculating integrals is at the heart of this discipline. This is a practice that is found in nearly every fundamental scientific field. Although classic calculation methods are precise enough for most integral calculations, those done by Pierre Lairez required more accuracy. “We aim to calculate algebraic geometry integrals with a high level of precision. Thus, it will be possible, in practice, to apply linearisation methods to complicated problems, the former of which has been around for 200 years. Numerical methods complement exact algebraic methods.”

There is a plethora of techniques for calculating integrals, such as the trapezoidal method, the Monte Carlo method, etc. These can be used to calculate concrete results, and the aim of the 10,000 DIGITS projects is not to dismiss them. On the other hand, Pierre Lairez believes that many of these methods have been developed with low levels of precision in mind.

“To get 10,000 precise numbers, we need to use completely different methods. The scope of application for these methods is, therefore, a lot more limited, explains Pierre Lairez. For any type of integral, there is no specific way to get 10,000 precise numbers. However, for the integrals I’m interested in, I have specific methods, which are different from the more standard ones, that take the complex nature of precision into account.”

Multiple integrals of rational fractions are one of the researcher’s favourite areas of study. Their multifaceted nature makes standard methods of calculation even more difficult to apply. To work with these mathematical objects, he uses their symmetry, or reduces these multiple integrals to simple integrals, for example. “Standard methods for calculating integrals always involve estimating certain values. With n points, we can have, depending on the method, a precision of 1/n, 1/n² 1/n3, etc. For multiple integrals, however, it’s a lot more complicated. Complexity is therefore exponential to the number of numbers wanted. It’s not enough to just get 10,000 numbers,” continues Pierre Lairez.

This can be applied to fields ranging from quantum physics to number theory. Optimisation, which involves minimising or maximising certain functions, will have theoretical applications at a later stage. Pierre Lairez reiterates that the main aim of the project and the grant is to develop new tools for experimental mathematics. It is only because of this work that new uses could emerge in various fields. “For example, for quantum physics, it would be possible to develop an experimental mathematical approach, in particular by studying Feynman integrals”.