Odile Stephan is a research professor at the Laboratoire de physique des solides (Solid-state Physics Laboratory, LPS - Université Paris-Saclay, CNRS) and Director of the Physics Graduate School of Université Paris-Saclay. She has managed the electron microscopy team at LPS (STEM) since 2009 and coordinates TEMPOS (Transmission Electron Microscopy at Palaiseau Orsay), one of the rare Equipex (Excellence equipment) in France dedicated to electron microscopy. For more than twenty years, she has been on an extraordinary quest within the nanoworld, helping to design, with her team, a unique instrument and innovative technology which allows researchers to explore matter like never before.

Then both a competitive athlete and an accomplished pianist, Odile Stephan studied science at the Science Faculty at Orsay. She followed this with a Bachelor’s and Master’s in Physics. During her PhD, which she carried out at LPS (defended in 1996), she fell in love with electron microscopy while studying carbon nanotubes. “I was experimenting with electron microscopy measurements on an object model while exploring its physical properties.” She then left to study for a post-doc for one year at a research laboratory in Tsukuba, Japan. It was an extraordinary, “almost mystical” experience for the researcher, from which she has memories and friends from all over the world.

She returned to France in 1997 to rejoin LPS and became a lecturer in the Science Faculty at Orsay. “I’ve always enjoyed having contact with students. We welcome people from very different countries and social backgrounds, who are all highly motivated, to the Master 1 Physics and Applications course (for which I’m jointly responsible),” says Odile Stephan. “Helping them to succeed by adapting our teaching methods gives meaning to my work and gives me a lot of pleasure.” In 2012, the researcher was awarded the Prix Louis Ancel from the French Physical Society (SFP). From 2007 to 2012, she was a junior member of the Institut universitaire de France (University Institute of France), which gave her the chance to set up the TEMPOS Equipex project. 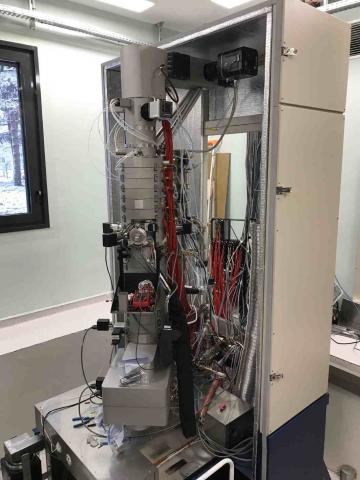 More than just a dream

“What an incredible opportunity!” exclaims Odile Stephan when she remembers the day she learnt that the TEMPOS project which she had coordinated had won the first call for projects for Investissements d’avenir (Future investments) eleven years ago. “There have been only two calls for projects of this type in France,” adds the research professor. “It represented several million euros over a decade - so a lot of freedom. For me, it was the right time scale for basic research in electron microscopy.” The budget not only allowed the development of three microscopes (NANOMAX, NANOTEM and CHROMATEM), but would also cover their running costs. “This allows us to grant free beamtime to all teams who come to do their work.”

Initially, the researchers sat around a table to come up with the microscope of their dreams. They had ten years to get it made, installed and achieve results which were previously unattainable. CHROMATEM has the unique characteristic of being able to carry out spectroscopy which combines electron and photon beams. “As a result, we have achieved much better resolution capabilities than we had before, even beyond the criteria we had set at the beginning in our wildest dreams,” points out the researcher.

Odile Stephan and her team are trying to understand how light interacts with a nanoscale object. CHROMATEM, which was delivered five years after being ordered from the US manufacturer in January 2018 (the project has been extended to the end of 2022), has been quick to produce extraordinary results. The instrument, which combines a new generation monochromator with a spectrometer, is unique in the world. “By changing the dimensions of a nano-object with electron or photon beams, we can test its optical properties. By sending only electrons, we can also explore its structure and composition.”

A wide range of possible applications

A first article has just appeared in Science which describes the infrared optical behaviour of a three-dimensional nano-cube, with beautiful images to support it. It is the reward of ten years of hard work. The technique, which was developed at LPS, consists of detecting or injecting light in addition to the electron beam and opens up new possibilities for probing the behaviour of light at nanometric scales. “The microscope is not only unique in the world. We have also added an accessory which is also technology which has been transferred into the business world. Three patents are currently being used by Attolight, a Swiss company,” points out Odile Stephan.

The perfect order of matter

Apart from the CHROMATEM, NANOMAX, the other prototype being used in the TEMPOS project, is an innovative microscope which carries out dynamic imaging. “When growing a nano-object, for example, it’s fascinating to observe in real time the atoms arranging themselves in relation to each other. The mechanisms of nucleation and growth can be observed atom by atom.” The perfect symmetry of the atoms is very aesthetically pleasing to the eye. “The perfect order of matter is revealed,” says Odile Stephan. “By being able to observe the mechanisms of crystal growth in this way, the NANOMAX teams (taken from the Centre for nanoscience and nanotechnology – C2N, from the Interface and Thin Film Physics Laboratory – LPCIM and the École polytechnique) had the satisfaction of seeing some of their theoretical hypotheses verified, but also of putting others partially into question.”

However, microscopists are not really so fond of perfect order. “We actually look to introduce defects so that we can observe the behaviour of matter. By replacing a very small amount of atoms with other types of atoms, the properties will radically change and alter the entire response.” In the long term, the researcher and her team want to combine the results of the two prototypes. 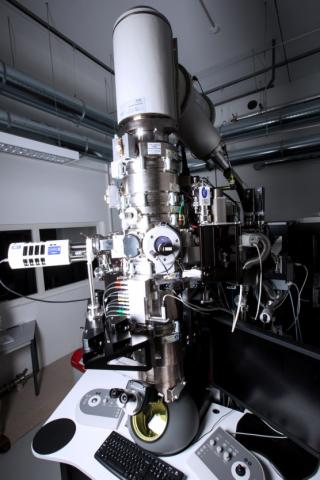 Expanding the field of possibilities

Odile Stephan has just been appointed to lead the Physics Graduate School at Université Paris-Saclay. This unique establishment brings together 3,400 people from all walks of life, including universities, organisations, “grandes écoles”, 600 PhD students, as well as an equal number studying for a Master’s, who are all from the various fields of Physics within the University. “By combining training and research, we are thinking about new ways of teaching, better ways to couple training with the industrial world in anticipation of future jobs and expanding the opportunities for our students by increasing the value of our degrees amongst businesses,” enthuses the researcher. “We’re also committed to communicating better in terms of basic research and the need to advance knowledge, without forgetting to encourage our students to take up research.” This will be a real challenge according to Odile Stephan, whose driving motivation has always been “to put oneself at the service of the collective through collective work, so that the field of possibilities can be opened up for future generations.” 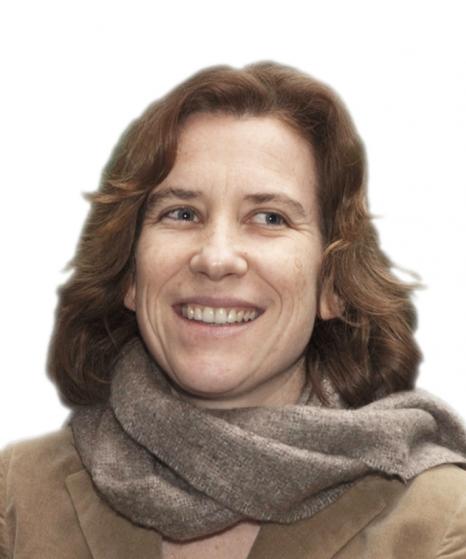