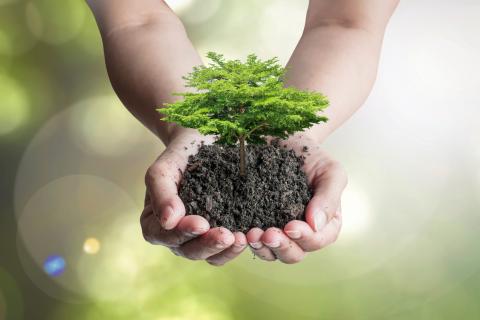 Nathalie Frascaria-Lacoste: From the evolutionary genetics of forest species to a more involved ecology

Nathalie Frascaria-Lacoste is a professor of evolutionary ecology - ecological engineering at AgroParisTech and is assistant to the director of the "Laboratoire Écologie, systématique, évolution" - Laboratory of Ecology, Systematics, Evolution (ESE – Université Paris-Saclay, CNRS, AgroParisTech). After studying and teaching the evolutionary genetics of trees, she turned to ecology, which she approaches as a cross-functional and cross-disciplinary subject.

Nathalie Frascaria-Lacoste was interested in life sciences from an early age. She studied the biology of organisms and populations at Université Paris-Sud (merged with Université Paris-Saclay in January 2020) and, while completing her degree in 1987, she became fascinated by the subject of ecology. She then studied for a Master’s, followed by an Advanced Studies Diploma (DEA) in ecological science, during which she did a work placement in the ecology laboratory at Université Paris-Sud. At that time, chestnut trees used as biofuel were of great interest to the forestry sector in France. She chose to focus on this species and, more specifically, on its genetics. In 1991, she defended her thesis in the field of ecology on the subject of the evolutionary genetics of chestnut trees. “By studying the same subject from different angles, I identified the processes at the origin of the genetic erosion and consequently the depletion in the quality of chestnut wood.” She then studied for a post-doc at Laval University in Quebec, where she learnt about molecular marker manipulation and DNA sequencing techniques. She became particularly interested in Betula alleghaniensis (yellow birch) - a species which is widespread in North America. When she returned to France in 1992, the researcher joined the “École nationale du génie rural, des eaux et des forêts” (ENGREF - The National School of Rural Engineering, Water and Forestry) in Nancy as a research professor in forest genetics. “I focused my research on the genetic and biogeographical structure of ash, a species at the heart of a very active industry as it is a highly-prized material for the manufacture of furniture.”’

The ash seedling crisis in Ireland

In 2000, Nathalie Frascaria-Lacoste joined the ESE, with whom the ENGREF had formed a partnership. She reoriented her research work as a result of a commercial crisis concerning ash trees. In 1995, Ireland had bought thousands of ash seedlings from France for eventual processing and commercial use. However, it soon transpired that these seedlings were of poor quality and unusable. Ireland demanded an explanation and compensation from France. The Forestry Department of the Ministry of Agriculture asked Nathalie Frascaria-Lacoste to investigate. The researcher found the cause of the problem. Two species of ash tree co-exist in France - the Fraxinus angustifolia which had spread from the Loire Valley to countries in the Mediterranean, and the Fraxinus excelsior, which grew above this region and on up into Scandinavia. In the overlap area, these two species had interbred and the resulting hybrid species was the one which France had unknowingly sent to Ireland. Even though it was well-suited to the regions of the Loire and Saône, it proved less successful in Ireland.

Nathalie Frascaria-Lacoste discovered a new way to conduct her research work after this commercial dispute. “This period was decisive for me and represented a great turning point in my way of working, but also of thinking. I realised that a scientific approach is only one of many possible ways to solve such complex problems.” This is because the same issue about identifying the origin and genetic evolution of ash trees concerned a multitude of stakeholders whose interests were very varied and sometimes in competition with one another. These stakeholders included all the operators in the forestry sector, i.e. key public bodies such as the “Office national des forêts” (ONF - National Forestry Office), or private bodies, such as the forestry property centres, private owners, forestry nurserymen or even employees of the Ministry of Agriculture.

The identification of hybrid ash trees in France led to local discussions in the Loire Valley, involving various forestry and non-forestry stakeholders (including botanical conservatories) in which the researcher participated. This vision was then shared on a national scale and led to the creation of the “local plant” accreditation scheme supported by the Ministry of Ecological Transition and the “Office français de la biodiversité” (OFB - French Office for Biodiversity). Nathalie Frascaria-Lacoste and her colleagues have taken part in its scientific committee since its creation in 2011, and as part of this, have conducted studies on the best practices to adopt to preserve biodiversity, such techniques for harvesting, or limiting inbreeding.

A unique approach to teaching

The event also influenced her approach to teaching. Nathalie Frascaria-Lacoste again placed a cross-disciplinary approach and linked to stakeholders at the heart of her vision. In 2004, she jointly created two new courses for the Master’s in Biodiversity, Ecology and Evolution. One directed students towards research, while the other guided students towards a more vocational path. The aim was to teach students how to restore environments damaged by humans through using the attributes of living organisms. For example, on a given piece of land, instead of building a water treatment plant, a forest is grown which provides a set of services, including water purification. “It is a very different vision of ecology - much more oriented towards a ‘philosophy of action’ than the usual technical approach. It was a crazy idea at the time.” But it has worked, as new industries are emerging based on this model.

In 2007, the merger of three “grandes écoles” of agronomy (ENGREF, INAPG or National Agronomic Institute Paris-Grignon, and ENSIA or National School of Agricultural and Food Industries) into the single AgroParisTech was a chance to create new courses of study in the area. Together with her colleagues in AgroParisTech, Nathalie Frascaria-Lacoste co-led the interdisciplinary course Political Science, Ecology and Strategy (SPES - Science politique, écologie et stratégie). “The idea is to train AgroParisTech engineers in a complex, and therefore cross-functional, vision of the world so that they can become leading players in the ecological transition.”

Today, to further validate this philosophy of action based on a cross-disciplinary approach, the research professor is involved in a discussion on the possibility of creating a new job title - that of “ecological engineer”. “It aims to provide legitimacy in the job market for a candidate whose skills include a comprehensive understanding of the ecological crisis.”

Thinking of ecology as a social system

Nowadays, Nathalie Frascaria-Lacoste no longer studies genetics. She works in the fields of ecology as a social system, which makes her an ecologist. That is to say that she communicates with all stakeholders in the forestry chain in order to involve them and inspire them to find solutions to their problems together. In 2014, as assistant to the director of the ESE and with colleague, Juan Fernandez, she proposed the creation of a new team called “Trajectoires écologiques et société” (TESS - Ecological paths and society). This team practices a cross-functional and interdisciplinary approach to the research conducted within it. An anthropologist and two economists have already joined her, as well as colleagues from Université Paris-Saclay and AgroParisTech - and a philosopher maybe soon. “The best ideas come from thinking collectively.”

But humans are not everything. Ecological engineering also implies building a stronger relationship with the non-human living world in order to take into account its own challenges. “I believe that solving the ecological crisis, especially the one concerning the erosion of biodiversity, will require this. We must think and act in the most collaborative way possible.” 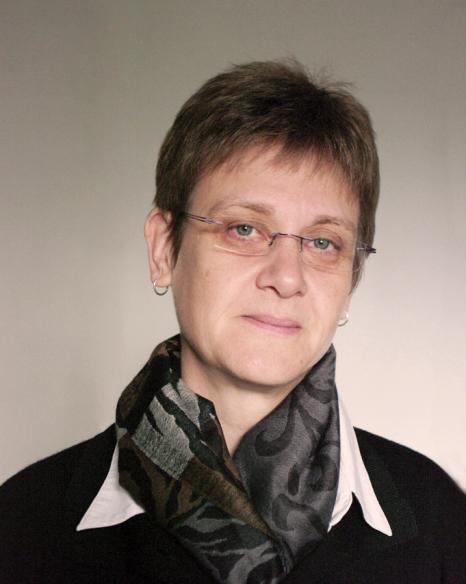