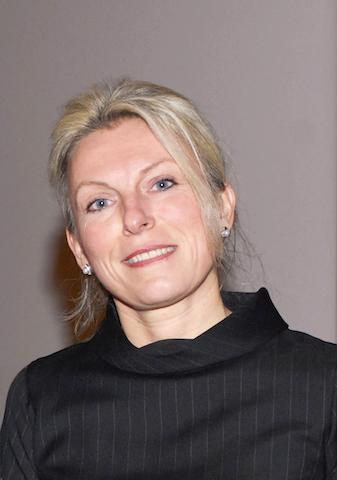 Laurence Zitvogel is a clinical oncologist, researcher in the Laboratory of Tumor Immunology and Immunotherapy (Université Paris-Saclay, Institut Gustave Roussy, Inserm) and professor at Université Paris-Saclay. She is the first woman to be ranked among the most cited researchers in immuno-oncology (Clarivate ranking) and has been actively contributing to the advancement of cancer research for 25 years. She is currently pursuing the promising lead on the role of certain gut microbiotes in anti-tumour immunotherapy, which she was the first to investigate. She leads the French RHU Torino-Lumière and European Oncobiome consortia for the development of tests for gut dysbiosis associated with frequent cancers.

Laurence Zitvogel is world-renowned in the field of cell death called "immunogenic after certain types of chemotherapies". She and her team of 30 people are at the origin of a major discovery in the treatment of cancers, which today gives this researcher a new scientific identity. "Immuno-oncology is based on the combination of direct cytotoxic chemotherapies with immuno-modulators. The aim is to bring therapeutic synergy to the patient," explains the researcher. “This involves stimulating the patient's effector lymphocytes with monoclonal antibodies (anti-PD1, anti-CTLA4), known as immune system checkpoint inhibitors. Blocking these receptors reactivates the functions of the patient's lymphocytes, which suddenly eliminate the altered cells.” Primary resistance to immuno-oncology

While some cancers (breast, ovaries, prostate, and colon) are resistant to immuno-oncology, others, which could benefit from it, still show nearly 70% primary resistance." All of us have lymphocytes, but for an unknown reason, some patients have non-functional lymphocytes, so-called "anergic" lymphocytes, where monoclonal antibodies show limited effects. »

Seven years ago, the researcher studied very closely the extreme fatigue felt by her patients and their digestive tract ailments, usually attributed to the effects of chemotherapy. "The gut flora was affected by the cytotoxic action of chemotherapy," she says. This may lead to numerous disturbances, including active metabolites and intestinal immunomodulators, as well as systemic disturbances (blood, marrow, thymus, lymph nodes, tumours)," explains the researcher. Her team then discovered that chemotherapy affected gut and intratumoral lymphocytes, and demonstrated in 2013 the link between the imbalance of the gut microbiota - dysbiosis - and the patient's immune system.

Laurence Zitvogel and her team invent modes of action in order to understand the mechanisms. "Is dysbiosis deleterious even with different metabolisms? Are we talking about a few isolated bacteria or bacterial ecosystems? Does the flora suggest a poor health status, vital prognosis, response to treatment? Does it make the cancer bed? "asks the researcher. The idea is to map this bacterial flora, to determine its bacterial or commensal phage composition, in order to better answer these questions.

The establishment of a biobank of cancer faeces at national, European and global levels is therefore essential. Laurence Zitvogel relies on two research programs that benefit from significant funding: the RHU Lumière network and the Oncobiome network. Researchers are pursuing a twofold objective: to find an effective and inexpensive diagnostic test to predict dysbiosis and to quickly correct it.

Towards a diagnosis and a treatment?

With American colleagues, the researcher showed in 2018 that the microbial signature - with "good" and "bad" bacteria - dictated the prognosis of patients, and that animals carrying humanised flora responded to anti-cancer treatment in the same way as the patient from which the flora was derived. She then turned her attention to a particular bacteria: Akkermansia muciniphila. "This bacteria is very dominant in healthy individuals and is also present in individuals who respond well to treatment. It regulates the mucosal barrier and is immunostimulant." The researcher supplied mice that did not respond to anti-PD1 monoclonal antibodies with a probiotic form of the bacteria and succeeded in transforming these mice into responding recipients. "It was a great moment for the team," she says.

In addition to its activities related to the management of the faeces bank and laboratory tests, Laurence Zitvogel's team works on the individualisation of immunotherapy. "There are currently about 100 antibodies and/or complementary approaches that could be combined to compose the best immuno-oncology for the patient," explains the researcher, who has set up a patient diagnosis platform. This platform allows the patient's tumour to be removed when the operation is performed. "The tumour is freshly dissociated into small pieces and incubated with immunostimulants. By observing the functional dynamics or immuno-reactivity of the tumour, we can predict whether the patient will respond to treatment, save time and select the best combination of therapies." This project aims at developing artificial intelligence through the large-scale exploitation of a tumour immunological atlas and calls upon multiple skills (mathematicians, biologists, bioinformaticians). All of them are provided by Université Paris-Saclay and Gustave Roussy.

After graduating from medical school in Paris and defending her thesis in tumor immunology at the University of Pittsburgh, Laurence Zitvogel returned to France in 1995 and joined the Tumor Immunology and Immunotherapy Unit (Université Paris-Saclay, Institut Gustave Roussy, Inserm). She became Research Director in 2002 and Director of the Centre for Clinical Investigations in Biotherapies at the Curie and Gustave Roussy Institutes three years later. She is nowadays Director of the scientific research program at the Torino-Lumière University Hospital and OncoBiome.

She has received numerous awards from national and international academies, including the Inserm Prize 2007 and the appointment of Officer to the Order of the Legion of Honour in 2019. She is a corresponding member of the National Academy of Medicine and the European Academy of Cancer Sciences (EACS).

Author of more than 410 scientific publications, she was the first woman to receive an award from the European Society for Medical Oncology (ESMO).