Jean-Michel Bismut, Emeritus Professor at the Mathematics Department, is awarded the 2021 Shaw Prize

The 2021 Shaw Prize in Mathematical Sciences has been awarded to Jean-Michel Bismut, Emeritus Professor at Université Paris-Saclay. He shares the prize with Jeff Cheeger, Professor of Mathematics at New York University. They have been awarded the prize for their remarkable insights that have transformed, and continue to transform modern geometry. 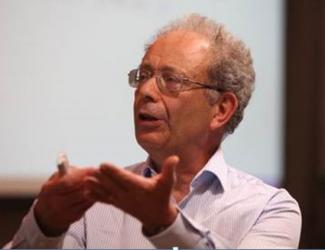 Jean-Michel Bismut is an Emeritus Professor at the Mathematics Department at the Orsay Faculty of Sciences. His work has spanned the entire field of mathematics, illustrated by his most recent work, which combines probability, analysis, algebra and arithmetic, and is characterised by his own personal touch of great technical skill and vision.

At the start of his career, Jean-Michel Bismut made profound contributions to probability theory that have had a major impact on the theory of mathematical finance. He later applied his ideas on probability to index theory, reproving all of the field’s main theorems and vastly extending them, which enabled him to link index theory to other parts of mathematics.

Jean-Michel Bismut’s work has led to many applications in a wide range of fields, including number theory in mathematics, and also in physics. In recent years, his work has helped to change the way we think about the Selberg trace formula, a fundamental tool in representation theory and modern number theory.

Jean-Michel Bismut and Jeff Cheeger have also worked alongside each other. Together, they have solved long-standing open problems, introduced new ideas and built tools that have greatly extended the range of what is possible in modern geometry, and as a result have transformed the subject.

The Shaw Prize, which is sometimes referred to as the “Nobel Prize of the East”, consists of a series of annual scientific awards, which were first presented in 2004 by the Shaw Foundation. Laureates are awarded a sum of US$1.2 million, thanks to the philanthropic donation made by Run Run Shaw, the Hong Kong media mogul, who founded the prize and the foundation. The prize recognises scientists in the fields of Astronomy, Life Science & Medicine, and Mathematical Sciences. The 2021 prizes will be presented in Hong Kong at a date that is set to be confirmed due to the current health crisis.

This prestigious prize is an immense honour for Professor Jean-Michel Bismut and acts as a demonstration of the research excellence in mathematics at Université-Paris-Saclay. The University was ranked 1st in the world in the 2021 edition of the Shanghai Ranking’s Global Ranking of Academic Subjects for Mathematics on 26 May 2021.