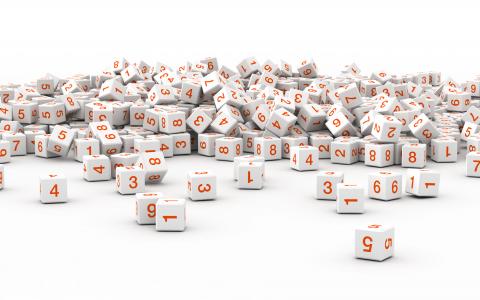 Jean-Michel Bismut: The geometrisation of probability

Jean-Michel Bismut is a mathematician and Professor Emeritus at Université Paris-Saclay, as well as a researcher at the Orsay Mathematics Laboratory (LMO - Université Paris-Saclay, CNRS). He is a member of the French Academy of Sciences and several international academies, and is known throughout the world for having developed some outstanding theories in various areas of mathematics. He has also been awarded the prestigious 2021 Shaw Prize in Mathematical Sciences.

Jean-Michel Bismut graduated from the ‘École polytechnique’ in 1970 and the ‘École nationale supérieure des mines de Paris’ in 1973. In the same year, he also obtained his PhD in Mathematics from Université Pierre et Marie Curie (which is Sorbonne Université today). He started working as a ‘Corps des mines’ engineer in Marseille. This “experience of the real world,” as he has described it, made him even more determined to fulfil his true vocation and become a researcher. He became a lecturer at the École polytechnique (1975-1987) and then a professor at Université Paris-Sud in the Orsay Mathematics Department, which he joined in 1976. “This laboratory has played a key role in Mathematics in France and across the world. It was an extraordinary place for me to learn.” The researcher was particularly influenced by John Coates, an Australian mathematician (now in Cambridge), who managed the laboratory from 1978 to 1984.

Jean-Michel Bismut began his scientific work in applied mathematics, before moving on to pure mathematics. His PhD was on the theory of probability (stochastic optimization) which he now sees as being at the “centre of research in mathematics”. The researcher is particularly interested in the relationship between probability and geometry. The focus of the latter is on the relationship between ‘soft’ and ‘rigid’ objects, with the question being how a soft structure can carry a rigid structure, and, conversely, what does its rigidity reveal about its topology? “A random path reveals the underlying geometry in a different way to a deterministic path,” explains Jean-Michel Bismut. “The geometrisation of probability is therefore an attempt to adapt the conceptual framework of probability to understand geometry.”

The method exists, but it just needs to be implemented. “It’s as if we have the tools to make holes,” explains Jean-Michel Bismut, “but we don’t know why we’re making them.” He drew inspiration from the work of other mathematicians, including Paul Malliavin. It was during a conference given by Michael Atiyah in 1982 that everything fell into place. “He was talking about probability without mentioning it and, more importantly, he was describing an unexpected algebraic mechanism within the theory of probability. I felt like I had found a Rosetta stone in that I could use the secrets of one language to understand another. The disadvantage was having to learn new languages very quickly.” The mathematician worked doggedly (sometimes even “painfully”) to create a bridge between two or more languages, with the idea that once it was created, he would use it for other research.

His collaboration with other mathematicians, including Christophe Soulé and Henri Gillet from the U.K proved to be crucial. Together, they set out to solve a problem which links analysis and number theory. “We combined our knowledge and lack of knowledge to create a highly efficient, ad hoc team.”

One problem hiding behind another

The two researchers handed Jean-Michel Bismut a formal series obtained by an explicit desktop calculation using specific cases. They speculated that it must appear in the overall solution of a well-defined analytical problem. “We were faced with a subject which was technically very different from those we’d dealt with before. Christophe Soulé and Henri Gillet couldn’t help me because I had to use methods for inequality to prove equality.” Over several months, Jean-Michel Bismut wrote hundreds of pages of strategy in a formula combining functional integration and geometry. He finally arrived at a strange function, and one evening, exhausted, he telephoned Christophe Soulé with the form so that he could check whether the unknown series came out of this calculation. “If this isn’t the case - I’m giving up mathematics,” he announced. The next day, Christophe Soulé confirmed that it was indeed the case for the first term in the series. “It was an extraordinary moment. I went back to the calculation and all the terms were there! We’d finally found a key. Paradoxically, the door it would open and the house the door would lead to remained to be built.” For two years, he worked hard with the mathematician Gilles Lebeau to finally demonstrate the sought-after result.

During the 2003 heatwave, the mathematician decided to work on two apparently simple objects which he felt could be communicated. “I thought that if we could make sense of these insane calculations, we would get some unexpected results.” Jean-Michel Bismut patiently set out this object - the geometric hypoelliptic Laplacian - in a 2005 publication. He worked together with Gilles Lebeau to establish the analytical properties and to demonstrate the conjectured result in a book which was published in 2008.

Also in 2008, Jean-Michel Bismut solved a problem which he had given to a student as a PhD topic, which the student had failed to solve. “The aim was to understand a result of group theory in another way, using the theory of the hypoelliptic Laplacian,” remembers the mathematician. “I found the solution using a probabilistic and geometric approach, and then I immediately thought of exporting the solution to a very different geometric context.” He consulted François Labourie, a fellow mathematician at the LMO, who had a feeling that it would be better to start afresh. “I had to patiently learn everything about the geometry of symmetrical spaces,” explains Jean-Michel Bismut. He succeeded in developing a new application of the hypoelliptic laplacian with the help of Laurent Clozel, a specialist in group theory, and Yves Lejan, an expert in probability. “I succeeded in proving that the ‘key’, which I’d had in my possession for 30 years, worked on several doors at once. Although the method is unusual, I now know that there are other doors I can open.”

“It’s not enough to just find things in mathematics, you also have to be understood,” states Jean-Michel Bismut. “We use difficult tools and have to be absolutely honest with ourselves.” The mathematician admits to having been on the verge of exhaustion several times. “Once you’ve achieved your goal, you feel drained. You’ve been working on a problem for a long time and suddenly you look up and wonder what to do next. It is a constant race between you and yourself.”

Just after being elected as an international member of the National Academy of Sciences in the United States, Jean-Michel Bismut received the 2021 Shaw Prize together with his friend and colleague, Jeff Cheeger who is a professor at New York University. He now looks on with admiration at his younger colleagues. “They tackle problems which have existed for a hundred years with such audacity!” says the researcher enthusiastically.

Jean-Michel Bismut has also been a visiting scholar at the Institute for Advanced Study in Princeton (New Jersey, 1984) and at IHES (1987-1988). In 1990, he received the Ampère Prize from the French Academy of Sciences. He was elected as a member of the French Academy of Sciences in 1991, the ‘Academia Europaea’ in 1998, the ‘Deutsche Akademie Leopoldina’ (Germany) in 2004 and the Academy of Sciences in the United States in 2021. He was appointed professor at the ‘Institut Universitaire de France’ (University Institute of France) from 1992 to 2002 and was awarded a European ERC advanced grant from 2012 to 2017. 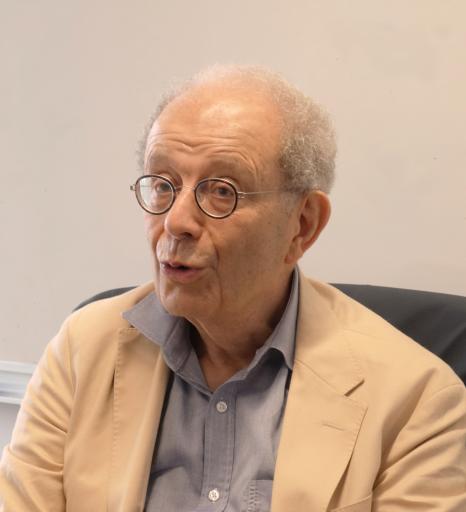