UNIVERSITÉ PARIS-SACLAY COMMITS TO THE FIGHT AGAINST HOMOPHOBIA, TRANSPHOBIA AND BIPHOBIA

Université Paris-Saclay is committed to fighting discrimination against lesbian, gay, bisexual and transgender people (LGBT). Conscious that the violence experienced by many LGBT people is sometimes due to a lack of understanding, the University is organising an awareness day open to all.

While violence against LGBT people often goes unnoticed by those who are not affected by it, it represents a source of daily suffering for many, ranging from inappropriate comments, generalisations, mocking and even assaults. It is a reality that also exists in higher education. 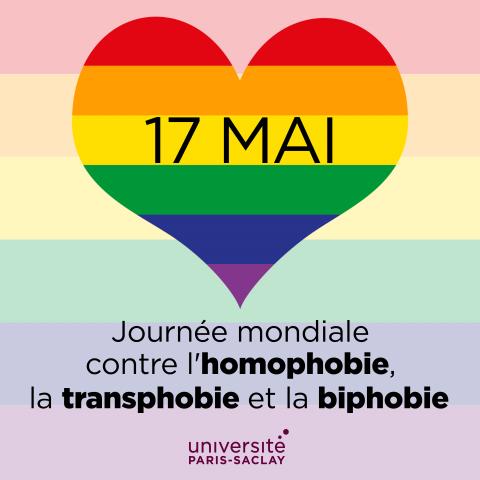 As part of the awareness day that will take place on 17 May 2021, the Equality & Diversity Mission at Université Paris-Saclay invites you to:

Link to the webinar