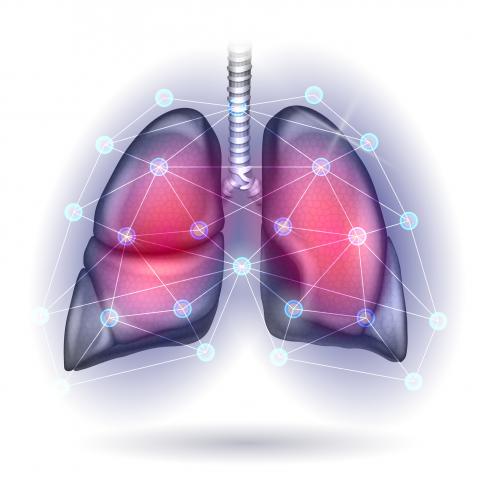 Gérald Simonneau is a pulmonologist in the pulmonology and resuscitation department at Le Kremlin Bicêtre Hospital, called the Centre de Référence de l’Hypertension Pulmonaire Sévère (Reference Centre for Severe Pulmonary Hytertension), and a researcher in the Pulmonary Hypertension: Physiopathology and Therapeutic Innovation laboratory (HPPIT - Université Paris-Saclay, Inserm). He has devoted his entire career to identifying and managing the different forms of pulmonary arterial hypertension, combining all his medical expertise for one goal: to cure and improve the life expectancy of patients with this rare and serious disease.

After a residency focused mainly on respiratory diseases, resuscitation and the physiology of pulmonary circulation, in 1978, Gérald Simonneau was appointed head of the pneumology clinic at the Antoine Béclère hospital. In 1979, he was confronted for the first time with a patient with pulmonary arterial hypertension (PAH), who died within a few weeks. At this time, this disease was considered rare and untreatable. The young doctor therefore decided to focus his career on researching the physiopathological mechanisms and treatments of this rare disease. From the early-1980s onwards, he benefited from some important collaborations. The first was with Philippe Dartevelle, a specialist in thoracic and cardiovascular surgery at the Marie-Lannelongue Hospital who would go on to perform cardio-pulmonary transplants, the second with Alain Lockhart, professor of physiology and specialist in pulmonary circulation at the Béclère Hospital.

The Birth of a National Reference Centre

The year 1981 was a very important one for Gérald Simonneau, with his first paper published in the New England Journal of Medicine, in collaboration with Alain Lockhart, discussing the blocking effect of calcium on the hypoxic vasoconstriction of the pulmonary arteries (a drop in alveolar oxygen pressure).  In 1998, he created the Higher Education Research Unit (UPRES-EA) at Université Paris-Sud. In 2004, he was appointed Director of the Centre National de Référence de l’HTAP (National Reference Centre for PAH) under the French Ministry of Health’s National Plan for Rare Diseases, then became head of the “Pulmonary hypertension, therapeutic innovations” team within the Pulmonary Hypertension: Physiopathology and Therapeutic Innovation unit (HPPIT - Université Paris-Saclay, Inserm) created by Marc Humbert six years later. “This unit has been essential to the scientific/clinical research balance within the Reference Centre,” says Gérald Simonneau. In 2012, the centre moved to the Kremlin Bicêtre University Hospital and the Marie Lannelongue Hospital Thoracic Surgery Department officially became its surgical centre.

There are several different types of PAH, and their clinical classification was devised by Gérald Simonneau himself more than 15 years ago. In its idiopathic form, severe pulmonary arterial hypertension attacks young women mainly, with 300 to 400 new cases per year. Genetic abnormalities are increasingly being identified. There are also forms associated with other diseases such as scleroderma, liver cirrhosis, congenital heart disease, etc. Finally, post-embolic pulmonary hypertension (sequelae of acute pulmonary embolisms) account for about 500 new cases annually.

As part of the reference centre, diagnosis and initiation of medical treatment is carried out at the Kremlin Bicêtre Hospital. “If a lung transplant or endarterectomy is needed, patients are then operated on at the Marie-Lannelongue hospital,” the researcher explains. 50 to 70 pulmonary transplants mainly for idiopathic PAH and 150 pulmonary endarterectomies (for pulmonary artery destructure) are performed every year. Recently, a brand-new technique for angioplasty of the distal (inoperable) arteries was developed in collaboration with cardiologists at the Marie-Lannelongue hospital. “More than 1,000 patients have thus been treated since 2014. It’s the only hospital in France to practice endarterectomy surgery and pulmonary artery angioplasty,” explains the researcher. “Fewer than ten medical-surgical teams in the world have access to these exceptional techniques.”

Two drugs, both derived from the same molecule, fenfluramine, have nonetheless drawn attention to PAH. “Several hundred cases in France appeared in the 1980s, following the use of Isomeride as an appetite suppressant,” says Gérald Simonneau, who was the first to have established a link between fenfluramine and the disease. The drug was withdrawn from the market in 1996, following an international epidemiological study. Three years later, it was Mediator’s turn. Having had the experience of Isomeride, the researcher noticed a first case of PAH associated with the use of this other drug, prescribed as an anti-diabetic and anti-cholesterol medication. He quickly pointed out to the Drug Agency that this drug had very close analogies with Isomeride, since both produce the same substance, norfenfluramine, which is toxic for the pulmonary arteries and heart valves. It was not until 2009 that Mediator was withdrawn from the market, thanks especially to hard work of the pulmonologist Irène Frachon.

While 90% of rare illnesses do not have any effective treatment, PAH has around ten: oral, subcutaneous or intravenous treatments targeting endothelial dysfunction of the pulmonary vessels. “These medications, whose development we have contributed to in collaboration with the pharmaceutical industry, are very effective, in particular when combined.” In 40 years, the five-year survival rate among these patients has increased from 20% to more than 70%. “Although there’s still more work to do, it is not the same illness as it was when I started,” says Gérald Simonneau.

Gérald Simonneau, Professor Emeritus, is now a member of the European Guidelines 2022 Committee on Pulmonary Hypertension and is currently working on the 7th World Symposium on Pulmonary Hypertension in 2023, of which he is co-chairman. Awarded the Prix Rose Lamarca from the Fondation de la Recherche Médicale in 2012 for his exceptional contribution to clinical research into PAH, as well as the Société Européenne de Pneumologie prize in 2020, Gérald Simonneau is proud to be one of Université Paris-Saclay’s most cited researchers. But he is also proud to have contributed to “building a cohesive team to fight a rare disease that was once incurable. A team of clinicians, researchers, and surgeons of great scientific and human value, in their relationships with both colleagues and patients”. 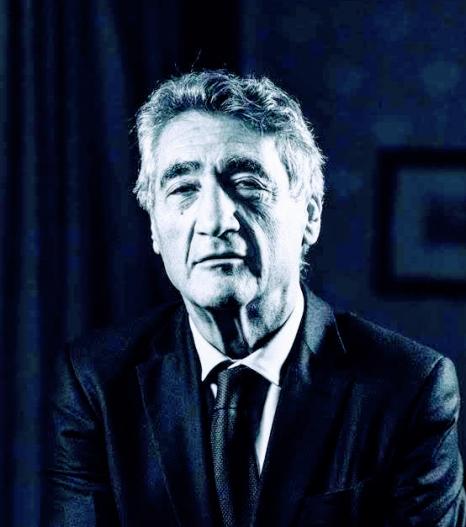