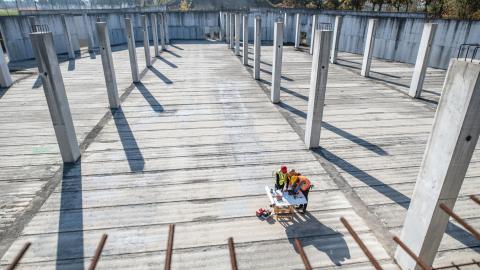 Fabrice Gatuingt is a professor and lecturer at the Laboratory of Mechanics Paris-Saclay (LMPS - Univ. Paris-Saclay, CentraleSupélec, ENS Paris-Saclay, CNRS) and Deputy Director of Education at the Graduate School Engineering and Systems Sciences at Université Paris-Saclay. This civil engineering graduate, who specialises in concrete, predicts the behaviour of buildings under extreme loads, whether natural or accidental, man-made or not.

A member of the Laboratory of Mechanics Paris-Saclay (LMPS), Fabrice Gatuingt is a member of the Structures, Materials, Environment: Interactions and Risks (OMEIR) team, one of the four teams of this new laboratory at Université Paris-Saclay, which was created in early 2022. With more than 200 people, the LMPS is the result of the merger of the Mechanics and Technology Laboratory (LMT) and the Mechanics of Soils, Structures and Materials Laboratory (MSSMat). "Within our team, we study the behaviour of constructions in the broadest sense and their interactions with their environment, for example during earthquakes," says Fabrice Gatuingt. The three other teams are interested in numerical simulation and other types of materials, such as those used in the aeronautics or automotive sectors and architectural materials, linked to biomechanics or honeycomb structures, for example.

The early days of Fabrice Gatuingt's career path were in line with the scope of Paris-Saclay, as he was interested in technology and attended a 2-year preparatory course for a competitive exam in Versailles. He passed the competitive exam in the civil engineering section at ENS Cachan (now ENS Paris-Saclay) in 1991, "slightly by chance" according to his own admission. As chance would have it, he took a liking to the discipline "due to its industrial aspect and the objects studied". He passed his 'agrégation' in 1994 and his DEA (a postgraduate degree) a year later. In 1999, he defended his thesis on the prediction of the failure of concrete structures subjected to fast dynamics, carried out at the LMT, which he has never left.

This thesis, funded by an industrial company, aims to predict the resistance of reinforced concrete structures. "More specifically, I developed tools to evaluate the resistance of airport runway slabs subjected to potential weapons impact. At the time, there were two types: French ammunition that made a big hole and American weapons that made smaller ones," recalls the lecturer.

This research took on added significance after 11 September 2001 and the terrorist attacks on the twin towers of the World Trade Center and the Pentagon in the United States. "Previously, potential impacts on concrete structures had been accidental, like earthquakes or tsunamis. After these attacks, stresses such as an airliner flying into these structures at full speed became probable." The question of the resistance of all sensitive industrial installations then arose. "The French Alternative Energies and Atomic Energy Commission (CEA) and EDF contacted us. They wanted to verify that their facilities were properly sized to withstand impacts similar to those experienced by the World Trade Center towers."

2001 was also the year when Fabrice Gatuingt became a lecturer. He was accredited to direct research (HDR) in 2009 and became a professor two years later.

A concrete plant at Paris-Saclay

Fabrice Gatuingt's research consists of predicting the behaviour of concrete materials, of which he is a specialist, under extreme stress. He has also been a member of the scientific council of the French School of Concrete since 2017 and has (as a deputy) represented France in the International Federation for Structural Concrete since 2016. "Since concrete is a fairly difficult material to master, we prefer to make it ourselves to be sure of what we are studying. We make our own samples," says Fabrice Gatuingt. Designed for teaching and research, ENS Paris-Saclay has its own concrete plant. "One of the features of civil engineering is that we are obviously not able to carry out experiments on full-scale constructions. We solve this problem by numerically simulating structures on this scale from scaled-down data. We are also increasingly using hybrid testing in which the entire structure is digitally simulated, while physically testing only part of it full scale."

The laboratory is developing its experimental side to complement that of CEA Paris-Saclay, with which it has long collaborated on the simulation of extreme stresses. "CEA has an experimentation platform (the Azalea table) on which we test models of a structure. On our platform, we study parts of structures at scale 1, while putting an environment around them corresponding to what the real structure could be," says the specialist, who, depending on the theme, works with his colleagues from the LMPS numerical team to develop numerical simulations. "We take into account the condition of the structure studied (its state of degradation) at different ages: ten, 20 or 30 years at the time of the calculation, which was not the case previously." This is because the characteristics of concrete change over time. The question is therefore how to integrate this parameter to predict the behaviour of concrete when subjected to exceptional loads.

On the education side, Fabrice Gatuingt is piloting the creation of a Master's track in Civil Engineering at Université Paris-Saclay, where he also teaches. "The proximity of the students, aged 20 to 25, stops us seeing ourselves ageing," he smiles. Fabrice Gatuingt is very involved in the prefiguration of the Graduate School (GS) of Engineering and Systems Sciences of Université Paris-Saclay, and has naturally become its Deputy Director in charge of education. His most important mission is to structure and coordinate the GS education offer, i.e. ten master's tracks that involve different entities of Université Paris-Saclay and represent around 1,500 students.

For now, Fabrice Gatuingt is pulling out all the stops to create a sense of belonging among the Université's engineering community. The GS team takes part in back-to-school meetings to raise awareness and communicate its messages to students on different campuses. The GS is also increasing its involvement at Université events: open days, seminars, symposiums and PhD candidate days, as well as planning the second graduation ceremony in 2023. "I would like all GS stakeholders to see themselves in it as they take part in these initiatives," concludes Fabrice Gatuingt. 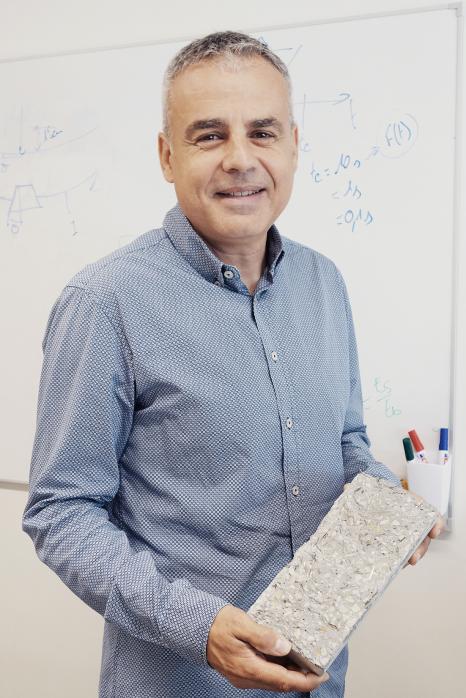