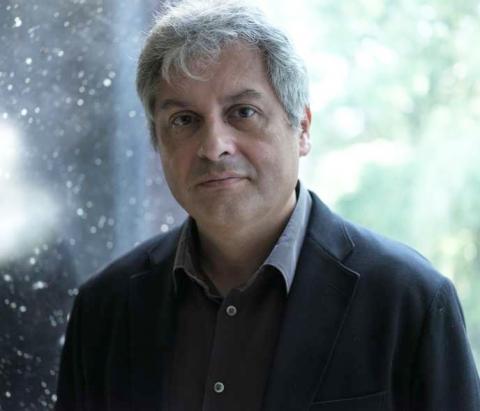 David Elbaz: The Big Bang, and after that?

David Elbaz heads the Cosmology and Galaxy Evolution Laboratory at the CEA in Saclay (CEA/CNRS/Université Paris-Diderot). A passionate astrophysicist, he willingly takes us with him tens of billions of light-years away, where everything began, and where stars are born and die. Invisible until then, the first images of black holes observed in the heart of huge galaxies put into perspective the foundations of the history of the universe and question the evolution of ours.

Astrophysics is an infinite field of research: "It's magnificent," David Elbaz enthuses, "we are in dialogue with researchers from all over the world, each one studying a small part of this world on a scale of billions of light-years." For the history of the universe is the history of light. Interferometry, which combines the wavelengths of light, makes it possible to obtain increasingly accurate information. "Telescope images reflect the signature of complex molecules, whose oscillations radiate at a specific wavelength and reveal the number of stars that are born around a galaxy."

The first image of a black hole

Nestled at an altitude of 5000 metres in Chile, the Alma telescope (50 antennas) is at the heart of David Elbaz's research. In April 2019, it helped identify the black hole of the Messier 87 galaxy. "Located in the center of a cluster of galaxies, this galaxy is 53 million light-years away from us. No longer forming stars, it is considered to be 'dead'. However, the black hole observed in its heart is the trace of its 'assassination' committed by jets of matter projected at speeds close to that of light, which extend over hundreds of thousands of light-years," explains the researcher. "We are seeing a major phenomenon in the history of the universe: like stars, galaxies also die in black holes."

Birth and death of galaxies

What is the junction between the death of stars and that of their galaxies? How can a black hole kill a galaxy that is much more massive than it is? "We think that when material is 'eaten' by the black hole, part of it is thrown away," says David Elbaz. "These jets of matter prevent matter on the periphery of the galaxy from giving birth to new stars". The M87 black hole may hold the key to the mystery of galaxy death.

Thanks to the observations of the Alma telescope, David Elbaz and his collaborators have just discovered that massive galaxies do indeed have ancestors, previously invisible, because in reality they are completely buried in interstellar dust. The researcher calculates the number of stars and the date of birth of galaxies in the universe. "We have just measured the activities of several dozen emerging galaxies. This leads us to multiply by 100 the number of the most massive galaxies known over the first two billion years of the universe's history after the Big Bang. This is an area of time and space very difficult to explore," says the researcher. "Our vision of the birth of galaxies is totally disrupted."

Unlocking the secrets of the universe

As a scientific advisor to ESA (European Space Agency), the astrophysicist is currently involved in several international projects whose objectives are to take the deepest possible images of the universe in order to observe its various stages of history. "Since the beginning of my career, I have been travelling back in time and space thanks to the evolution of observation instruments. The time has come to explore the first two billion years," says the researcher. He likes nothing as much as when "it doesn't work. This requires the development of ingenious techniques to see in an image new objects that no one has ever seen before. Based on physical laws, our computer models make increasingly accurate predictions. However, the most important thing for me is the moment when discoveries do not "stick" to expectations and open up to something new, which will perhaps allow us to better understand the universe."

"Being surprised is fundamental in our work. As long as observation does not fit with theory, I think we must consider that everything is possible." As a result, the astrophysicist asks his students to persevere in their intuitions, despite the obstacles. "I welcome students from all over the world, each developing something original according to his history and culture." If astrophysics remains attractive, it is now less "adventurous" according to David Elbaz. "It makes sense, because we are moving towards more and more complicated things. Previously, a project was funded before the technology existed. Today, we have to prove that it has the right technological level to be selected by ESA. We wonder if projects that would advance humanity will be funded."

"As a child, I wanted to understand the infinitely big and the infinitely small, but at no time I thought that I would have made it my job! ", remembers the researcher, who started an astrophysics thesis at Saclay, a little by chance, after studying engineering in Grenoble. The discovery of galaxies then opened up the royal path of astrophysics research. A position at the CEA awaited him after his PhD in 1994, and the young researcher was propelled to the programming of the first observations of the ISO satellite. Today, Saclay remains a source of inspiration for him. "You can always bump into a good idea here! »

Director of the journal "astronomy and astrophysics", David Elbaz is happy to share his knowledge with all audiences. "In the current era of fake news, we researchers can only write articles, books and give conferences to ward off them." One of this conferences has 750,000 views on YouTube. "I am very happy that my efforts bringing others to science are working," he concludes.

David Elbaz is author/co-author of 261 publications including 70 with more than 100 citations.

He is a scientific advisor to the European Space Agency for the selection of its future space missions (ESA, AWG) and a member of the Evaluation Committee on Space Research and Exploration (CERES) for the French National Centre for Space Studies (CNES).

The researcher received the 2017 Jaffé Prize from the Institut de France and the 2000 Christian Prize from the American Astronomical Society 2000 for his contributions to the study of galaxy formation in the universe. He received the Science & Philosophy Prize from the X-Philo association of École polytechnique and was selected for the 2017 Taste of science (Le goût des sciences) Prize from the Ministry of Higher Education, Research and Innovation for his book In Search of the Invisible Universe: Dark Matter, Black Energy, Black Holes.