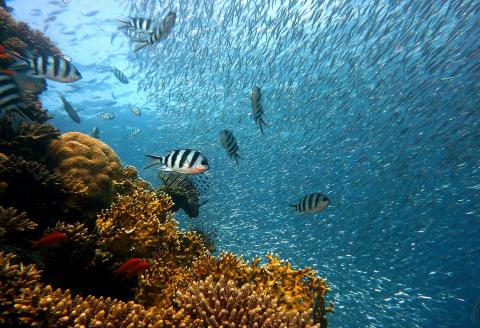 Committing to curbing biodiversity loss: a repeat mission for the planet’s nations

Paul Leadley, researcher at the laboratory for Ecology, Systematic & Evolution (ESE – Université Paris-Saclay, CNRS, AgroParisTech) participated in the university’s sustainable development event, in a live broadcast on 8 October, and contributed to the September publication of the 5th edition of the Global Biodiversity Outlook to summarise the main conclusions of the report outlining actions required by governments for biodiversity by 2030 if there is any hope of curbing the indisputable deterioration.

It is a severe and irrevocable blow. 20 Aichi targets were adopted in 2010 by the 195 nations at the Convention on Biological Diversity (CBD) in Nagoya, Japan. None have been fully met. At best, half of them are partly realised. Even worse...in some cases, indicators actually fell. The assessment of the United Nations’ 5thGlobal Biodiversity Outlook (GBO5) in mid-September leaves no doubt: despite their promises, the nations have not supported nature sufficiently over the past decade, and the situation is deteriorating relentlessly.

Yet the targets were clear. Nations pledged to reduce direct pressure on biodiversity, to safeguard it at all levels by encouraging sustainable use, to improve benefits for all, and to strengthen international and national efforts to reach the goal. The objective was to reduce - by 2020 - the loss of natural habitats by at least half, to protect 17% of land areas and inland waters and 10% of marine and coastal areas, to conserve and restore at least 15% of deteriorated areas, to focus on reducing pressure on coral reefs, and to implement an urban action plan.

"Some objectives were almost met, including those related to the protection of land and marine areas. There has been a spectacular increase in the proportion of protected marine environment in recent years. On the other hand, many other objectives have simply not been met," says Paul Leadley, researcher at the Ecology, Systematic & Evolution laboratory (ESE – Université Paris-Saclay, CNRS, AgroParisTech) who contributed to GBO5. He also is involved in the Intergovernmental Science and Policy Platform on Biodiversity and Ecosystem Services (IPBES: the biodiversity equivalent of the IPCC).

Measures out of step with pressures

The nations insist many measures have been put in place to protect nature; but they have been insufficient to reduce pressures on land use, resource use, climate change, pollution and invasive species. Those pressures all have negative impact on biodiversity and ecosystems, and they are not decreasing. “We need to do more to reduce pressure,” states Paul Leadley. "For example, if we don’t change agricultural practices to use less pesticide, protected areas won’t make any difference. Global and sustainable protection of nature will be just as threatened," the researcher continues.

Is it still possible to reduce biodiversity loss, maybe even to reverse the ruinous deterioration and restore it? Paul Leadley asks the question. The answer is no without significant changes to a wide range of human activities. What are described in the GBO5 as sustainable transitions operate at different scales and are interdependent. They are required in key areas: land and forests, freshwater, fisheries and oceans, agriculture, food systems, urban planning and facilities, climate action and health. Societies need to evolve together to achieve more sustainable coexistence with nature. The objectives of these measures are multiple: to improve ecosystem conservation and restoration; to mitigate climate change; to fight pollution and invasive species; to curb over-cultivation; to produce more sustainable goods and services including food; and to reduce consumption and waste. None of these actions taken separately will suffice to change the trend by 2030. The combination of them all would contribute to restoring biodiversity by 2050.

"We are moving in the right direction, but we must increase efforts to protect nature. Above all, we need a strong commitment to restoration. But we must also drastically change agricultural production and how we consume food and other goods. Otherwise, we won’t make it,” alerts the researcher who has made significant contributions to that part of the report.

These actions feature in a new roadmap of objectives to be achieved by 2030. They will be the subject of discussions and negotiations at the 15th meeting of the Conference of the Parties at the Convention on Biological Diversity (COP 15) scheduled for May 2021 in China. Some targets are less evident than others, but they must all be both ambitious and realistic if they are to be achievable. Motivation is crucial. "If nations leave the meeting satisfied to protect 30% of land and marine areas, COP 15 will be a failure. The other issues absolutely must be addressed, and nations must commit to drastic change,” said Paul Leadley. “We can only reverse the trend if we act together.”

The current Covid-19 pandemic should be a strong call to join forces. "Due to the health crisis and investments required to revive economies, many countries, particularly in the European Union, have expressed a willingness to go green. The current opportunity for transition is extraordinary. But will they really seize it? Time will tell,” says Leadley. At the 75th session of the UN General Assembly at the end of September, some 60 world leaders, including French President Emmanuel Macron, signed a commitment to end biodiversity loss by 2030 (Leaders’ Pledge for Nature – United to Reverse Biodiversity Loss by 2030 for Sustainable Development). Unfortunately, signatories do not include countries which have a very negative impact on biodiversity such as the US, China, Australia, India and Brazil. “The text is a strong indication of some nations’ awareness and engagement, ranking the protection of nature with fighting climate change," concludes Paul Leadley.