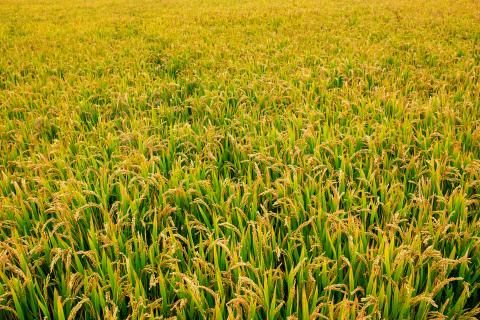 Céline Masclaux-Daubresse: How autophagy in plants helps them adapt to climate stress

Céline Masclaux-Daubresse is a researcher at the Jean-Pierre Bourgin Institute (IJPB – Université Paris-Saclay, INRAE, AgroParisTech). Her work has shown the importance of the mechanism of autophagy (or self-digestion) in plant metabolism during the process of leaf senescence. Autophagy helps plants adapt to climate change through nutritional recycling and cellular cleansing.

Céline Masclaux-Daubresse developed a keen interest in plant metabolism from 1986 onwards while studying for her preparatory course for the Grandes Écoles. She explains why. “Plants as a field of study provide many subjects for research in terms of their physiology, metabolism and agronomy. They can also broaden our knowledge of how organisms adapt to environmental stresses.” In 1989, she joined the ‘Ecole normale supérieure de Paris’, where she studied for a ‘magistère’ (senior professional diploma) in biology. She then studied for an Advanced Studies Diploma (DEA) and in 1995 completed a PhD in phytopathology at ‘Université Pierre et Marie Curie’. Her thesis focused on the importance of host iron acquisition mechanisms in the aggressive behaviour of the plant pathogenic bacterium Erwinia chrysanthemi and the appearance of soft rot symptoms caused by the bacterium which are a characteristic of the disease. Alongside this work, the researcher taught plant physiology and botany at ‘Université Pierre et Marie Curie’ for three years. In 1996, she passed the INRAE competitive exam and joined the Metabolism Laboratory, which became the Plant Nitrogen Nutrition Laboratory before becoming integrated into the Jean-Pierre Bourgin Institute in 2010. There, she managed the SATURNE team (Senescence, autophagy, nutrient recycling and nitrogen use efficiency).

Céline Masclaux-Daubresse’s field of research focuses on identifying the metabolic changes which take place during leaf senescence. These are catabolic processes (cell degradation) which occur during plant ageing, but also in the event of climatic stresses - such as sudden warming, lack of water, lack of light, development of pathogens or limited mineral resources - and which result in the degeneration of leaf tissue. Plants cannot move, so their growth depends on the availability of elements in their rhizosphere (the part of the soil penetrated by plant roots). As it is often limited in nitrogen, plants have selected mechanisms for saving nutrients through the process of evolution. As a result, when their leaves become less efficient for photosynthesis, they get rid of them after draining them of their contents. The development of these storage and retrieval mechanisms optimises nutritional recycling and the transfer of resources within plants. “This is because, in this process, the plant carries out an orderly breakdown of leaf macromolecules which provides sugars, amino acids and certain minerals. They are then transferred to other storage organs or used for plant growth.”

The study of nitrogen metabolism enzymes

Up to 2005, the researcher and her team tried to understand the metabolic players involved in this recycling process and focused on nitrogen. The plant takes this element in mineral form (nitrate and ammonium) from the soil and uses it to build its proteins and nucleic acids. Together with her team, Céline Masclaux-Daubresse used isotopic labelling to quantify nitrogen recycling and remobilisation in quantitative and reverse genetic studies. “By setting up labelling experiments with the heavy nitrogen isotope 15N on the model plant Arabidopsis thaliana, we have been able to identify the metabolic functions of several enzymes and the cellular mechanisms important in nutritional recycling.” This method attracted several national and international collaborations and made it possible to study the various genotypes of Arabidopsis thaliana and plants of agricultural interest such as barley, rape and rice.

The mechanism of autophagy

The mechanism of autophagy is among the players involved in nutrient recycling. It is a vesicular system dedicated to cellular cleaning. It is involved in the degeneration of damaged cellular components and facilitates the recycling of nutrients. In 2005, Céline Masclaux-Daubresse decided to focus her research on the mechanism of autophagy. “It has been extensively studied in yeast and in the animal world as its dysfunction leads to the development of numerous degenerative diseases and certain cancers. However, knowledge in the field of plants is still very limited.” Céline Masclaux-Daubresse discovered how the mechanism of autophagy targets organelles, proteins and other elements to be degenerated in the plant cell Arabidopsis thaliana and brings them into the lytic vacuoles where the proteases reside.

From 2008, thanks in particular to funding from the National Research Agency (ANR) and the Marie Skłodowska-Curie ITN FP7 programme, Céline Masclaux-Daubresse has been able to focus on the role played by autophagy in nutritional recycling and in the transfer of nitrogen, iron and sulphur to seeds. She has analysed the physiology and metabolism of autophagy-defective mutants, i.e. plants unable to break down their cell contents using the process of autophagy. She has demonstrated how, during leaf senescence, this mechanism is involved in the cleaning of damaged cells, their survival and cellular homeostasis. She has then looked at the effect of environmental stresses on autophagy. “When the autophagy abilities of the mutants are impaired, they can no longer eliminate oxidised proteins, which leads to poisoning. They are then, therefore, hypersensitive to climatic stresses,” says the researcher in conclusion.

Cargoes: the targets of autophagy

The ANR renewed its financial aid in 2019 and this allowed Céline Masclaux-Daubresse to focus on cargoes, i.e. the target proteins in autophagy. She used a multi-omics approach (metabolomics, transcriptomics and proteomics) to identify proteins which accumulate abnormally in autophagy-defective mutants. This allowed her to demonstrate the role played by autophagy in the homeostasis of membrane lipids, as well as its connection with endoplasmic reticulum stress (an organelle responsible for the synthesis of lipids and certain proteins). “We have identified a number of targets which could be cargoes and we are in the process of confirming them using microscopy and protein-protein interaction approaches.”

Céline Masclaux-Daubresse’s agenda is very full. She plans to continue her research into cargoes in autophagy and also wants to look at signalling, i.e. the factors which induce autophagy. She hopes to understand how leaves move from anabolic (primary assimilation) to catabolic phases under stress. “These successive sequences are obviously regulated and it’s up to us to discover the gene networks which control and stimulate them.”

The aim is to gain more knowledge about autophagy, but it’s also to determine whether it’s possible to manipulate this autophagic activity in order to optimise nitrogen flows within the plant and to stimulate its adaptability, growth and survival in the context of climate change. “The work carried out at INRAE since I joined has provided many answers to our questions about the physiology of ageing in plants, and these have raised even more exciting questions - which I’m delighted about!” 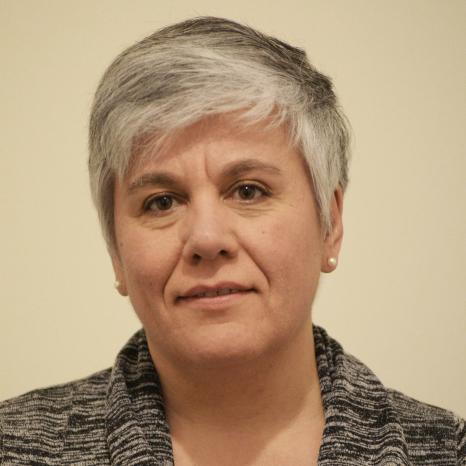