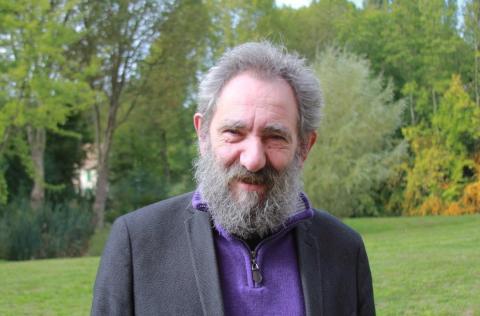 Bruno Robert is head of the biochemistry, biophysics and structural biology department of the Institute of Integrative Cell Biology (I2BC - Université Paris-Saclay, CEA, CNRS, Université Paris-Sud) and director of the Bioenergetics, Metalloproteins and Stress Laboratory (Institut Joliot at the CEA) since 2004. A physicist at the interface of biology, he has been studying for thirty years the extraordinary capacity of plants to convert light energy into chemical energy. His unique methods allow him to unravel the mysteries of photosynthesis from the very first stages and to imagine new sources of sustainable energy.

Studies on the mechanisms of photosynthesis have taken a step forward in recent years, particularly due to global warming and the search for alternative energies such as solar energy. This bioenergetic reaction, which takes place in plants and consists in the conversion of the sun's light energy into chemical energy, has been at the heart of Bruno Robert's work since the 1980s. “To meet humanity's energy needs in 2050, we need solar energy,” he says. “Plants do a better job at converting light energy into chemical energy than we do in the laboratory, especially in the first few steps, which are extremely fast.”

From quantum to chemistry

From the first quantum steps to the adaptation of plants, the study of photosynthesis requires a wide spectrum of expertise (biochemistry, botany, biophysics, molecular biology, plant physiology, etc.), all represented in Bruno Robert's team. This highly international team uses research methods and instruments that have been “refined over time” and are unique in the world. “Our specificity remains the collection of light up to the first chemical event. We are the only ones to apply vibration spectroscopy methods to photosynthesis. They allow us to describe the system in great detail.”

About fifteen years ago, Bruno Robert discovered how the plant managed to regulate its mechanism of converting light into energy, even if it was exposed to natural variations (sun, shade, wind). “We knew since the 1980s that this phenomenon was extremely regulated, but we didn't understand how, chemically speaking, it ended up with the same amount of light energy.” The researcher identified the molecules involved and proposed a model called “the molecular switch model”. “Proteins collecting light are also able to trap light energy and to convert it into heat,” explains the researcher. “However, we discovered that the ancestors of these proteins could only trap light energy. They may have evolved over time and acquired the ability to collect light. These proteins now trap or collect light by changing conformation like an electric button.”

“We are currently trying to prove the quantum character of photosynthesis,” says Bruno Robert. “Living matter is a complex and disordered system. This disorder depends on the intrinsic dynamics of molecules and the speed of biological mechanisms. However, it can adapt to its environment and obtain a quantum yield close to 100%. It achieves the extraordinary performance of making a chemical reaction with each solar photon captured, in a largely messy environment,” explains the researcher.

Bruno Robert is very involved internationally, through close collaborations with researchers from all over the world, and admits that he "never tires of finding so much creativity in the countless laboratories that he visits.”

Bruno Robert is in charge of the Biochemistry, Biophysics and Structural Biology Department at the Institute of Integrative Cell Biology (I2BC - Université Paris-Saclay, CEA, CNRS, Université Paris-Sud). He is also Director of the Bioenergetics, Metalloproteins and Stress Laboratory (CEA's Institut Joliot). He is the author of 200 publications and an extraordinary professor at the Free University of Amsterdam. He also heads IBiSA, a national multi-institutional infrastructure, under the direction of five research organisations (CEA, CNRS, INRA, INRA, Inria, Inserm), as well as the Conference of University Presidents (CPU) and the Ministry of Higher Education, Research and Innovation. IBiSA supports the innovation of platforms in agronomy, biology and health in France by financing technologies.