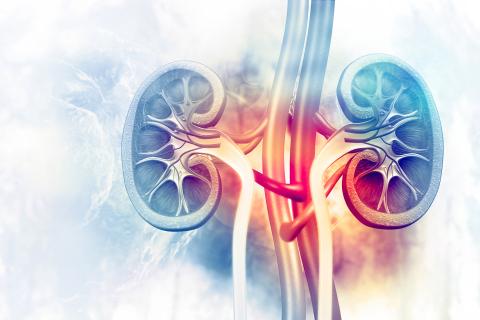 Bernard Escudier is a medical oncologist at the Gustave Roussy Institute and a researcher at the Integrative Tumour Immunology and immunotherapy Laboratory (Université Paris-Saclay, Institut Gustave Roussy, Inserm). He has also been a member of the genito-urology committee of the Institute and a mediator for three years. A specialist in kidney cancer for almost three decades, he has been at the forefront of immunotherapy research and is developing new therapeutic strategies against this disease, through which he has greatly contributed to extending the life expectancy of these patients.

Bernard Escudier has had no ordinary career. As a medical student at the Necker hospital in Paris, then head of the cardiology clinic at the CHU Henri Mondor in Créteil, he thought his path was clear. But in 1983, he was offered a position in intensive care at the Gustave Roussy Institute. He accepted this and stayed there for 10 years. In 1992, the Institute created its first immunotherapy unit and asked Bernard Escudier to take charge of it. “I was surprised because I was not an oncologist,” he said. “At the time, I was interested in the first immunotherapy treatments (by Interleukin 2). After thinking it over, I accepted the position.”

From intensive care to cancer care

For Bernard Escudier, the transition from intensive care to immunotherapy represents a real “challenge”. Joining Gustave Roussy's department of medicine, the doctor began to develop immunotherapy protocols and other innovative treatments for kidney cancer, “at a time when kidney cancer was not very popular,” he confided. His oncologist colleagues encouraged him and Bernard Escudier saw this as an opportunity to develop his subject. “The oncologists were not very interested because there was no treatment and the chemotherapy did not work,” he says. He created the French Immunotherapy Group, now part of GETUG (Groupe d’étude des tumeurs urologiques [Urological tumour study group]), “the world leader in drug development,” which he would direct for 20 years.

Collaborating with other research teams “to better understand and dissect this disease”, Bernard Escudier is developing new treatments for kidney cancer. He uses two distinct therapeutic approaches: first anti-angiogenesis and then immunotherapy. With his clinical team, made up of oncologists, urologists and radiotherapists, he “defines the populations of patients who benefit from one or other of the treatments”.

The researcher is thus at the origin of the discovery and development of a dozen new drugs, whereas none existed 15 years ago. “We've gone from a disease where everyone died within a year, to a disease that is now sometimes cured, with a median survival time of more than four years. We have therefore quadrupled the median survival rate in 15 years,” the doctor explains. Today, Bernard Escudier is studying the best way to combine the two approaches in order to “cure even more patients”.

With the actor Bernard Giraudeau, who was its sponsor at the time, and Arnaud Méjean, a urologist at the Georges Pompidou Hospital, Bernard Escudier founded the association for kidney tumour research in 2005, ARTuR https://artur-rein.org/. It was the first kidney cancer patient association and the researcher is still its president. He participates in many events, including an annual patient day. “Communicating about the disease is very important,” he says. “ARTuR is a somewhat original association: it has both a ‘patients’ section, highly structured by a vice-president, who is also a former patient and who runs the association, and a ‘research and teaching’ section, which organises a congress every two years and funds research grants to support kidney cancer research.”

Author of more than 450 publications in renowned scientific journals, Bernard Escudier is also a member of ASCO (American Society of Clinical Oncology), AACR (American Association for Cancer Research) and ESMO (European Society for Medical Oncology), for which he coordinates the kidney cancer recommendation group. “To be honest, it's always nice to have your work recognised,” he says. “But the important thing for me is to continue to be at the forefront of my field and to move it forward.” As a world-renowned researcher, he created the European Kidney Cancer Congress and sits on the board of directors of the KCA (Kidney Cancer Association), “one of the largest kidney cancer associations in the United States”.

At the age of 68, Bernard Escudier admits he sees full retirement looming and his departure with a touch of regret. “In five years’ time, I'll be spending happy days elsewhere, if all goes well,” he says. He advises young people firstly not to hesitate to seize opportunities. “I'm still the only cardiologist to have become an oncologist,” he says smiling. “In medicine, there are a lot of interesting things to do. And then when you are enthusiastic, you must try to pursue things to the end and fight to be able to do what you want.” 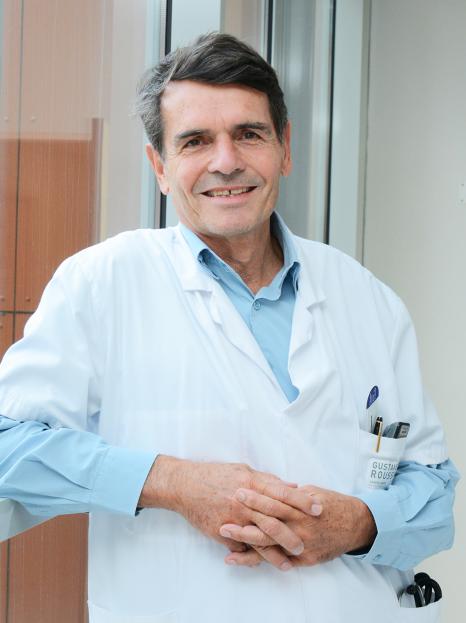