Science for All: putting secondary school students at the heart of research

As part of the operation ‘Science for All’, from 29 November to 3 December 2021, Université Paris-Saclay’s laboratories hosted secondary school students from the local town of Grigny. The goal is to offer a week of job shadowing to 14-year-old students who are interested in science but are unable to find a work experience placement due to a lack of scientific contacts.

A rich and varied programme

In partnership with the local association Sciences Essonne, for the third time, Université Paris-Saclay organised the ‘Science for All’ operation, which was started by the French Alternative Energies and Atomic Energy Commission (CEA) in 2016. Fifteen of the University’s laboratories hosted 36 14-year-old students from the Sonia Delaunay, Pablo Neruda and Jean Vilar schools in Grigny.

Throughout the week, students discovered the laboratories, their cutting-edge facilities, the research work carried out, as well as the teamwork and expert professionals who work in them. They also got the chance to take part in practical work and experiments.

In addition to these visits, the students took part in role-play debate sessions organised by the Centre for Science Initiation and Awareness (Maison d'initiation et de sensibilisation aux sciences – MISS), giving them an introduction to the debates surrounding science in society. They were also able to visit an exhibition organised by the SAS (Science, Art, Société) on ‘Human bodies, celestial bodies, a digital and tangible journey in art/science research’ at the Orsay Linear Accelerator hall.

A debriefing session to conclude the week

On the afternoon of Friday 3 December, the work experience students hosted at Université Paris-Saclay met with the students from the Paul Eluard school in Sainte Geneviève des Bois, who had spent the week at the French Alternative Energies and Atomic Energy Commission (CEA), for a debriefing session.

In front of the researchers who had hosted them and figures from the academic world, the students shared their positive impressions of their week learning about the professional world of science and research. Several of them even admitted that the experience had changed their perception of science and that they were now interested in pursuing science further!

A big thank you to the laboratories and organisations who took part in this edition!

This action was supported by the Île-de-France region and the Essonne regional council. 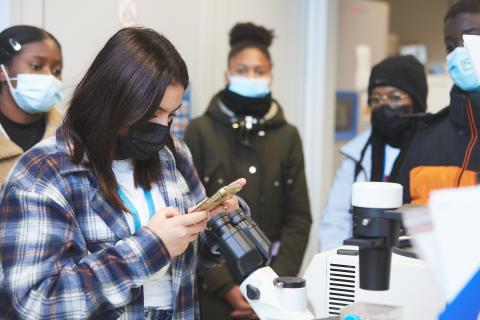 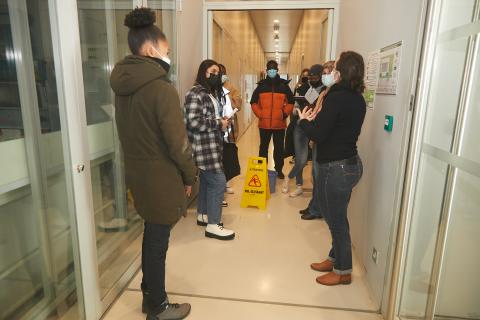 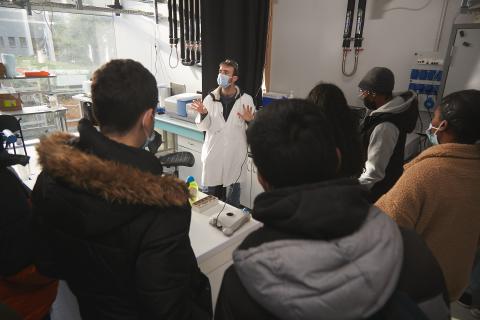 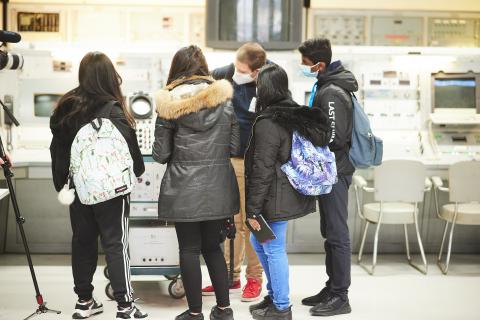 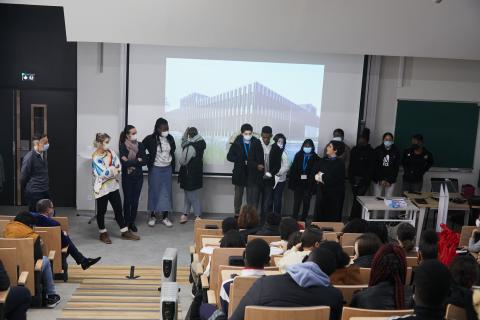 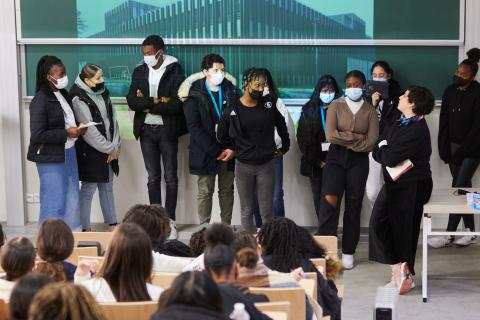