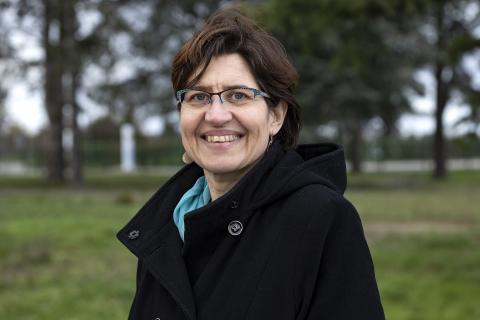 Valérie Masson-Delmotte is a climatologist at the Laboratory for Sciences of Climate and Environment (LSCE) and a research director at the Alternative Energies and Atomic Energy Commission (CEA), not to mention, for the past four years, co-chair of the working group assessing the physical science of climate at the Intergovernmental Panel on Climate Change (IPCC). Driven by the will to share and a deep sense of commitment, she is a woman of convictions grounded in her rigorous scientific approach.

"As a child, I was always daydreaming. I learned a lot from watching the clouds and reading! Later, I had to work hard to get into higher education, in my case École Centrale de Paris," recalls Valérie Masson-Delmotte. Shocked by a family tragedy, she looked for a way of giving her life meaning. "I'd kept a popular science magazine published in 1986, when I was in high school. I read the articles by Jean Jouzel and Hervé Le Treut about the first climate modeling work to be done in France. They showed the extent to which humanity was changing the composition of the atmosphere." Required to do an internship for her post-graduate degree, she chose climate science as her area of study.

She defended her PhD thesis on the modeling of past climates, especially that of the Green Sahara, in 1996. The very next day, she was hired by Jean Jouzel to work at the Laboratory for Sciences of Climate and Environment (LSCE – CEA/CNRS/Université Versailles Saint-Quentin-en-Yvelines). Two years later, he asked her to take over his team when he became director of the Institut Pierre Simon Laplace. "I loved working there. The atmosphere was very open to the world, marked by ongoing, positive emulation."

"Research is the place to be if you enjoy learning!" declares Valérie Masson-Delmotte. "Researchers are required to define the scope of their project within the limits of established knowledge and present their findings for peer review," an approach that, in her opinion, is not to be found elsewhere. She is concerned by the situation of young researchers today, sometimes fraught with difficulty. "I advise them to visit different labs to see what's going on – there are many study areas, waiting to be explored!"

Valérie Masson-Delmotte enjoys visiting schools, retirement homes and even prisons. These interactions help her "understand the place of science in society and share it more effectively in a day and age when we are all bombarded with information." On the international front, she travels for her work with the IPCC and can meet the general public. "In many countries, research is not well known, but it is respected. What strikes me is that people everywhere want to understand and are curious about the scientific approach."

She chooses the places where to give her talks. When visiting high schools in disadvantaged neighborhoods, she talks to the girls. "I encourage them to study science. When they tell me that nobody in their family encourages them, I say all they need is a critical mind and the ability to reason."

Valérie Masson-Delmotte encourages girls to be ambitious and not to apologize for it. In her view, there are several reasons why so few women are in positions of responsibility in sciences, like elsewhere, including self-censure, the decision to balance work and family, and a desire not to spread themselves too thin by doing too many things. "Today, I am much more aware of the challenges at hand and the role I can play in the fight against unconscious bias and stereotypes," she remarks. "We need to take inspiration from the inclusive policies of Scandinavia or Canada so that we can help women reconcile their work and family life more successfully."

Transforming society... and the Saclay campus

Valérie Masson-Delmotte has been living and working at Saclay for more than 25 years. By capitalizing on its assets – its students and faculty – Université Paris-Saclay can realize its potential for research, innovation and joint undertakings with business. "This ecosystem is rare in France and very attractive from the international perspective," she points out. Even the campus shows physical signs of transformation: "At last, we have bicycle and bus lanes!" The university also needs to ponder the role of education in the 21st Century. "How should academia respond to the social challenges that young high school graduates face? Universities should send a clear message to new students about the need to protect the environment, raising their awareness of climate change, biodiversity and sustainable development."

Today, Valérie Masson Delmotte devotes most of her time to the IPCC. She and Panmao Zhai (China) will co-chair the working group that assesses the physical science of climate change until 2022. "I and the other working group co-chairs are overseeing the scientific input for two other special reports to be published by the end of summer 2019." Published in October 2018, the first special report of the 6th Assessment Cycle bore on the impacts of global warming of 1.5°C above pre-industrial levels. The second will deal with the ocean and cryosphere in a changing climate, and the third will focus on climate change and land use, which is also related to food. "The topics covered in the third report are relevant to what we have seen in and around the Saclay campus. It will discuss the preservation of ecosystems and agricultural systems, as well as solutions for adapting to climate change and producing more efficiently while reducing greenhouse gas emissions or storing carbon underground. These same subjects are also under study at several Paris-Saclay research labs," she concludes. 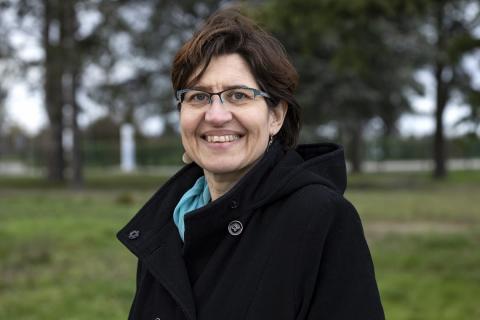