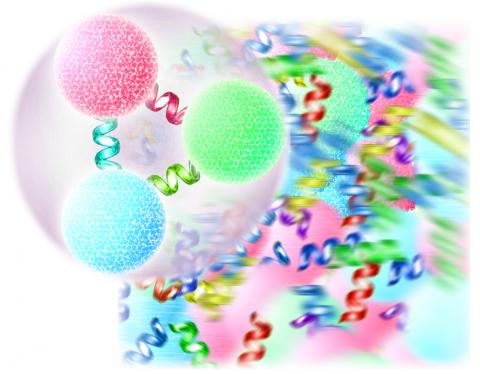 Understanding the dynamics of quarks in atomic nuclei

How does matter behave on the scale of the infinitely small? How does the strong interaction work, the mechanism that keeps quarks and gluons, the ultimate constituents of matter, confined inside protons and neutrons? How are their properties modified in heavier atomic nuclei? These are the questions that Raphaël Dupré, a researcher at the Irène-Joliot Curie Physics of Two Infinities Lab (IJCLab - Université Paris-Saclay, CNRS) is trying to answer with his project PartonicNucleus, awarded an ERC grant.

Although atomic nuclei are commonly described as a set of interlinked protons and neutrons, experiments on heavy elements (e.g. iron) subjected to very high energies show that the nucleus cannot be reduced to this simple model. Indeed, the models of the past are no longer in agreement with experimental results, and while new models are appearing over time and with new technological advances, none of them stands out.

This is the research context in which Raphaël Dupré is working, at the Irène-Joliot Curie Physics of Two Infinities Lab (IJC Lab - Université Paris-Saclay, CNRS). He studies the theory of quantum chromodynamics. This theory describes the strong interaction, one of the four fundamental interactions, which also include electromagnetism, the weak interaction, and gravitation. The strong interaction ensures cohesion between particles such as quarks, antiquarks, and gluons, which form hadrons.

The need to clarify preliminary results

In 2009, Dupré began conducting experiments to validate certain models describing quarks in nuclei. His results were interesting, but incomplete: “We ran into problems with the detector’s intensity and accuracy. Since not all of the events created in the experiment were detected, the information we obtained was incomplete,” notes Dupré. In 2018, he received funding from the European Union (ERC Starting Grant) for his research project PartonicNucleus, aimed at expanding on the preliminary 2009 results: “With this funding, the objective is to obtain more detailed results and extend our understanding of low-mass atoms (deuterium and helium) and the theory of quantum chromodynamics.”

His team is thus working in partnership with Argonne National Laboratory, in the United States, on the design and creation of a new measuring instrument. Named ALERT (A Low Energy Recoil Tracker), this instrument is based on the principle of a multi-wire proportional chamber, or multi-wire chamber, for which Georges Charpak won a Nobel Prize in 1992. This chamber detects charged particles and provides some of their characteristics (velocity, direction, and energy). The innovation resides in the number of wires used and in their density: 3,000 wires spaced 2 mm apart are stretched inside the detector, which is 7 cm in diameter.

A new detector to determine the behaviour of atoms

In parallel, the detector is being modelled and experiments are being set up. The goal is to pinpoint the detector’s minor flaws and correct them to compare the results with the theory. Once built and calibrated, this new detector will be sent to the Jefferson Lab, a US laboratory with an electron accelerator that can deliver a high-energy (up to 12 GeV) and high-intensity beam, with the thickness of a strand of hair and efficiency close to 100%.

After the detector is installed on the accelerator, the measurement campaigns will last four months. “We will then need two or three years to interpret the data gathered,” says Dupré. Ultimately, these experiments will provide information on the behaviour of light atomic nuclei and advance understanding of the fundamental forces at work on the scale of the infinitely small. 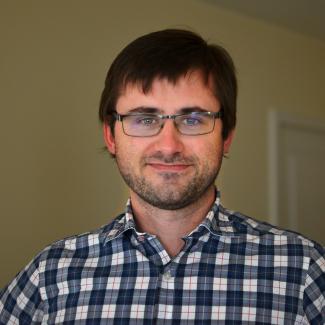 Raphaël Dupré holds a doctorate in nuclear physics, completed at Argonne National Laboratory (US) and at Université de Lyon. After a year of post-doctoral research at the CEA Saclay Centre, he joined the Orsay Nuclear Physics Institute (IPNO) in 2012 as a CNRS (French National Centre for Scientific Research) research fellow. He works in the areas of hadron physics and research into black matter.