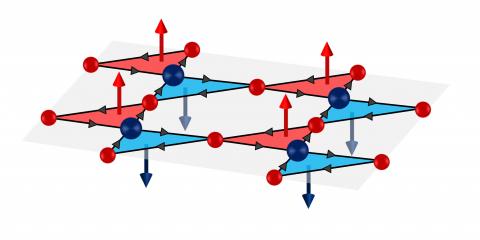 The 2020 winner of the Science and Innovation CEA prize from the French Academy of science, Philippe Bourges is a research director for the “Nouvelles frontières dans les matériaux quantiques” (New frontiers in quantum materials) group at the “Laboratoire Léon Brillouin” (LLB - Université Paris-Saclay, CEA, CNRS). He is a specialist in the study of the new electronic states of matter and studies in particular the new high critical temperature superconductors based on copper oxides. As a result, he has discovered the existence of a new state of matter potentially associated with mouths of interatomic currents.

Philippe Bourges is an expert in neutron diffraction and spectrometry. “The materials I study not only allow interaction with the nuclei of atoms, but also with magnetism in general,” explains the researcher. As with X-rays, two types of neutron interactions with matter are possible. “Thanks to their spin, neutrons help to explore the magnetic properties of matter,” the researcher clarifies. “They have the advantage of having wavelengths which correspond to distances in atomic lattices and, at the same time, their energy is similar to that of excitations in solids.” This allows the physicist to map magnetic structures and textures in materials (whether static or dynamic) as well as spin waves, which are like vibrations of magnetic moments.

For about fifteen years, Philippe Bourges and his team have been studying the magnetic fluctuations associated with the spin of copper and discovered a new and unique magnetic excitation. As early as the 1990s, a very mysterious phase with very unusual behaviour was discovered upstream of superconductivity, which is not defined by the theoretical model of superconductivity established since 1957. “Once we have understood this phase, known as the ‘pseudo-gap’, everything should become clearer,” asserts the researcher. Thanks to a prediction by an American theoretician (Pr. Chandra Varma from Lucent technologies/Bell Labs, with whom Philippe Bourges has been communicating since the end of the 90s), the researcher has succeeded in developing an experiment to measure a new magnetic state which is exactly in this phase. A sensational first publication appeared in 2006.

A new organisation of matter

Convinced that this type of quantum state is much more general than initially thought, Philippe Bourges is trying to find new materials, such as iridium oxide, which will correspond to this type of behaviour. “It is not superconducting, but could be, because we have observed the same phenomenon.”

This state of matter eludes many experimental probes and its signature remains unclear. This is why we often speak of a material’s “hidden order”, which only long and meticulous work can unveil. The experiments are carried out according to the beamtimes obtained from different neutron sources in France, such as the Orphée reactor in Saclay up until 2019, and the “Institut Laue Langevin” in Grenoble, or from abroad from the ESS (European Spallation Source) in Sweden for example. A European project is set to start in 2023 and the physicist is involved in the construction of a neutron scattering instrument (BIFROST). The creation of a new neutron source is also planned at Saclay. The researcher is also collaborating with several other laboratories in Saclay, including the “Institut de chimie moléculaire et des matériaux d'Orsay” (Orsay Institute of Molecular Chemistry and Materials) (ICCMO – Université Paris-Saclay, CNRS) in particular, where the single crystals he needs for his experiments are prepared, and the “Laboratoire de physique des solides” (Solid-state Physics Laboratory) (LPS – Université Paris-Saclay, CNRS).

The Woodstock of physics

When Philippe Bourges defended his thesis in 1989 at the University of Rennes, high critical temperature superconductivity had only been discovered three years earlier. “This period is known as ‘the Woodstock of physics’. It was fantastic. Physicists were rushing to work on these new materials.” The young PhD student was also very interested in it and joined the CEA laboratory in Saclay, where he carried out his first experiments. The collaboration continued while he was a military scientist as part of his military service. “That is when I learnt all about magnetism,” remembers the researcher. “Everything naturally fell into place.” The CEA recruited him as a research engineer immediately afterwards. Shortly therafter, his laboratory director died prematurely. This “shock” forced him to take on scientific responsibilities sooner than expected and in particular gave him the impetus to create collaborations with scientists abroad. Today, this has resulted in him receiving invitations from all over the world.

Although the prize from the French Academy of science surprised him greatly as “it rewards work that actually started in 2004, with each year bringing something new to the subject,” Philippe Bourges finds the recognition of the scientific community very gratifying. “And thanks to this prize, my highly-specialised research work will become better known,” says the researcher happily. 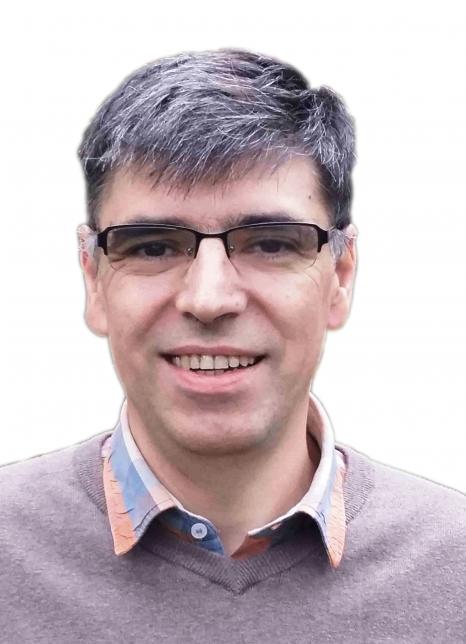