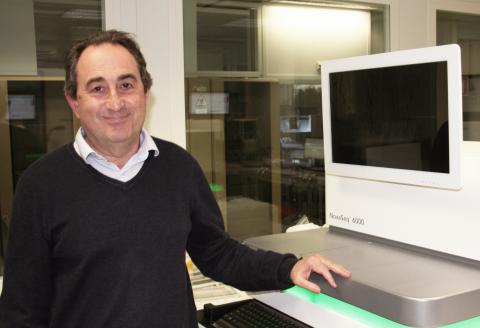 For the first time, Patrick Wincker, director of Genoscope, France's national sequencing institute, has been awarded the CEA Grand Prix for Science and Innovation by the Académie des Sciences. This is an honor that he richly deserves as a pioneer in genomic research, now turning towards environmental biology.

Patrick Wincker is pleased that the young researchers that he oversees are "no longer obligated to follow a set path. Finding themselves in an intellectually rich and open environment, they are eager to make progress." He himself started out in genetics right after high school. "The genetic code had been deciphered a few years earlier, so it was a good time to get into molecular genetics," recalls Patrick Wincker, who came to research without a moment's hesitation. For him, there's such a thing as a natural researcher. "Either you are a natural or you aren't. If not, you aren't cut out for this line of work."

A key contributor to the Human Genome Project

Patrick Wincker has been involved in the grand adventure of human genome sequencing ever since Genoscope was set up in 1997. In 2015, he took over from Jean Weissenbach as the director of this institute, set up with the departments and services needed to provide the academic community in France with the tools of genomics. "For several years, I headed various genomics projects. Part of my job was to help make our discipline more attractive to academic researchers." He played his part so well that the Académie des Sciences has presented him with an award for the first time. "This Grand Prix not only honors twenty years of work and scientific results, but also a collaborative approach to research that gets results and helps others get them, too," observes the director of Genoscope.

The DNA of interdisciplinarity

By definition, genomics is interdisciplinary, drawing on both biology and information technology to advance our understanding of the living world. Patrick Wincker also oversees a team1 of six researchers with different scientific backgrounds. Their goal is to move from the study of human, plant and animal genomics – genome sequencing and comparative genomics – to that of ecosystems. "Today, we're conducting metagenomics projects2 focusing on entire ecosystems."

While it is true that biology has seen major advances, we actually know very little about the living world. "First, we studied the needs of a single cell. But organisms don't live in isolation! They live in a particular environment and require specific functions to survive there." The particular organisms to be studied had never been the object of lab research before. "To learn more about them, genomics was the only way to go," noted Patrick Wincker, who is helping to open up a new chapter in the story of genetics. "Every week, major discoveries are made! Genomics was big news in the last decades of the twentieth century and I think it will continue to fascinate for many years to come," he concluded.

1 The Laboratory for the Genomic Analysis of Eukaryotes studies the structure and evolution of eukaryote genomes and the structure and function of environmental eukaryote communities using bioinformatics. The Laboratory is structured around a transverse research theme (the dynamics of orphan genes) and three fields of study: plant genomics, fungal genomics and the metagenomics of marine plankton.

2 Unlike genomics, used to sequence a single genome, metagenomics involves sequencing genomes of several individuals from different species within a given environment. 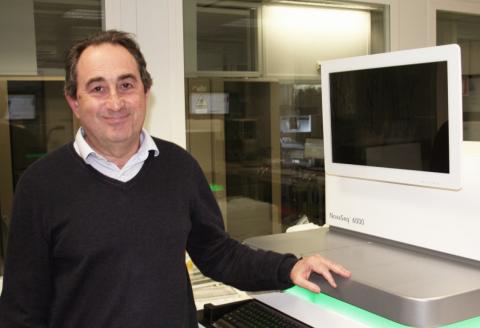