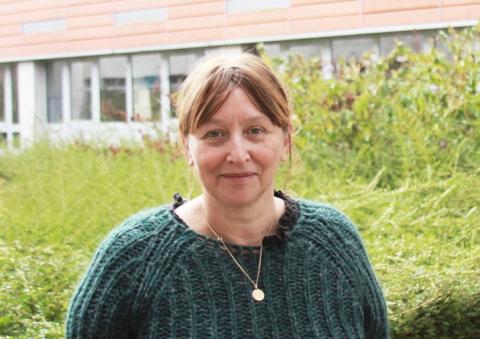 Patricia Garnier is a researcher at the Ecosys laboratory (AgroParisTech/Inra) and a soil science specialist. She develops mathematical models to better understand the ability of these layers to dissipate contaminants used in agriculture, such as fertilizers or pesticides. The challenge is to conserve soil fertility and preserve the environment in a context of climate change.

Patricia Garnier was an engineer and a graduate of the Higher School of Geology of Nancy when she decided to go to Senegal to study the clay soils of the Senegal River and complete a thesis at the Research Institute for Development (IRD).  After a post-doc at Cornell University in the United States, the researcher returned to France in 1998. She successfully passed the examination at INRA and obtained her first position in Laon. Seven years later, in 2005, she joined the Functional Ecology and Ecotoxicology of Agroecosystems Laboratory (Ecosys - AgroParisTech/Inra) in Grignon.

Ecosys includes three research teams, among them the "soils" team, led by Patricia Garnier. "The core of our research concerns the sustainability of agricultural systems such as "field crops". This implies practices oriented towards agro-ecology. We study the future of nitrogen fertilizers, which turn into nitrates once in the soil and are necessary for plant development. We also study the future of pesticides, which control weeds, insects and fungi, while decreasing these chemical inputs." One area of research also concerns the recycling of waste in agriculture. "As we already possess all the techniques to analyse pesticides in the soil, we reassign them to all the contaminants these wastes may contain: hormones, antibiotics, etc. ", describes the researcher.

Patricia Garnier has been working on these themes for about fifteen years. "The soil has a tremendous purifying power," says the researcher. The key to our research is to identify the availability of organic contaminants to feed the soil microorganisms that will eliminate these contaminants. Sometimes they are stored in the soil, so we wonder: are the molecules trapped somewhere specifically." To answer to this, the team works with farmers or associations on experimental fields, such as Terre et Cité in Saclay. "Farmers are incredibly concerned about the environment, they are constantly focused on preserving their fertile soils," notes Patricia Garnier.

As part of projects funded by the National Research Agency (ANR) and the BASC laboratory of excellence, Patricia Garnier's team uses high-tech tools to observe the ground at very fine scales, such as micro-tomography combined with electron microscopy, which allows 3D visualization. Patricia Garnier develops mathematical models on the decomposition mechanism of organic matter. She hopes to formalize the relationship between organic matter degradation and 3D soil architecture.

Located in Grignon, Ecosys will move to Palaiseau in 2021 in a large building that will bring together INRA and AgroParisTech teams. "A bonus", according to Patricia Garnier, who would not exchange her job as a researcher for anything in the world.