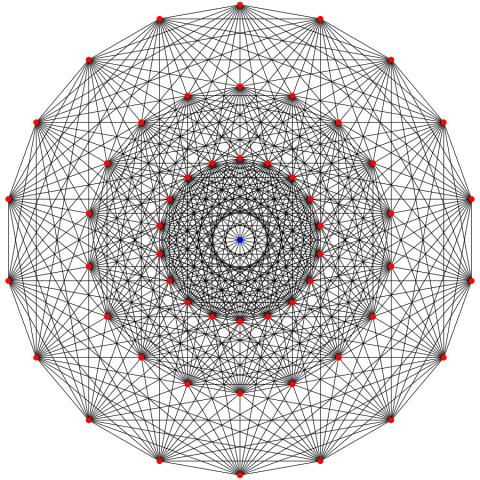 Olivier Schiffmann: The mathematical (hidden) side of physical theories

A researcher at the Laboratoire de mathématiques d'Orsay (Orsay Mathematics Laboratory) (LMO - Université Paris-Saclay, CNRS), Olivier Schiffmann is the winner of the 2020 Gabrielle Sand prize of the Académie des sciences (French Academy of Sciences). His work focuses on the geometric theory of representations, particularly in relation to mathematical physics (string theory), the theory of Lie algebras and quantum groups of infinite dimension, the enumerative geometry of vector fibre module spaces on curves and surfaces, as well as algebraic combinatorics.

At the LMO, Olivier Schiffmann works in a team of about 100 people christened “arithmetic and algebraic geometry” (AGA), in homage to the algebraic geometry seminar founded in Bures-sur-Yvette by the brilliant and iconoclastic mathematician Alexandre Grothendieck, founder of modern algebraic geometry in the second half of the 20th century.

Algebraic geometry and arithmetic are the main themes of this team, but Olivier Schiffmann is studying a more recent one: the geometric theory of representations. “These are mathematics influenced by theoretical physics, in particular string theory,” he explains. “Once the symmetries of the theoretical model are understood, they reduce its complexity. My work consists in discovering and understanding these hidden symmetries of physics models. But I can also decide to extrapolate my own mathematical models to look for symmetries,” he says.

Another aspect is to start directly from the group of symmetries. “Symmetry is always a group,” the mathematician explains. “If we carry out a first operation that preserves the system as a whole, and if we combine it with a second operation that also preserves it, then we obtain a third operation that also preserves the system as a whole.” A system that also works the other way around, to return to the initial state. The ensemble forms a group in an abstract way (a group which then gives rise to a Lie algebra). For example, a sphere can be rotated along one axis and then rotated along another axis. “We obtain a first group of Lie (from the name of the mathematician who founded the notion of symmetry group) which gives us all the possible ways to turn a sphere on itself.”

The objective is to understand which are all the models for which this group is a group of symmetries. “In fact, I'm reversing the logic a bit,” Olivier Schiffmann demonstrates. “I start from the mathematical object itself - the group of symmetries - and I try to identify all the different ways of achieving it as an operator, not varying certain models.”

In this way the researcher is constantly discovering new models and new groups. “More and more directions are appearing as research progresses. There is in fact a permanent exchange between the mathematical object itself and the achievement as a group of symmetries,” he says.

A large part of representation theory is dedicated to Langlands' programme, in which great mathematicians have distinguished themselves, such as Gérard Laumon at Orsay. One aspect of Langlands' programme is the symmetries associated with curves. On this 1-dimensional object, the researcher is trying to classify and understand the geometry of “vector fibres”. “A large part of the geometry is made from curves,” says Olivier Schiffmann. “I also study what happens when the curve is replaced by a surface, or even a volume of dimension 3. In this case, we obtain much more exotic symmetries and we realise that in dimension 2 or 3, we are very close to string theory.”

In 2012, Olivier Schiffmann demonstrated (in collaboration with Eric Vasserot) an important case of a very influential physics conjecture, that of Alday, Gaiotto and Tachikawa (AGT). “It predicted that four-dimensional models could be calculated from two-dimensional models,” he says. More recently, the researcher solved another problem four years ago: he calculated the geometric invariants of the Higgs moduli spaces. Mathematical works of major interest which have today, with great pleasure, earned him the prize of the Académie des sciences (French Academy of Sciences).

A youth immersed in maths

He gets his passion for mathematics from his father, himself a mathematician. “I benefitted from all his experience from the age of 12 in Strasbourg, where I grew up. My mother is an artist. So I grew up watching my mother and father spend their day looking for a way to represent an idea, each on their board.” Olivier Schiffmann went to a mathematics summer camp in the United States every year from the age of 14. “We learned mathematics all day long. I loved it, to the point of getting sick of it the first year. The atmosphere was very motivating, with young people from all over the world, some of whom have since won the Fields Medal,” he says. From age 15 to 20, he followed the “ROSS Mathematics Program” at Columbus University in Ohio. “I remember learning there in a spirit of research. There I met the researchers with whom we now form a close-knit international community.” After his preparatory classes in Strasbourg, Olivier Schiffmann was accepted at the École normale supérieure (ENS) in Paris. He defended his thesis in 2000 at Université de Cergy-Pontoise, in co-supervision with the prestigious American universities Harvard and MIT, then spent two years doing a post-doc at Yale University. Returning to Paris in 2003, he was directly recruited at the ENS Paris Department of Mathematics (DMA), then at Institut de mathématiques de Jussieu-Paris, Rive Gauche (Jussieu-Paris Mathematics Institute, Left Bank) (IMJ-PRG). In 2010, he arrived at the Laboratoire de mathématiques d’Orsay (Orsay Mathematics Laboratory) (LMO) in Orsay.

For the past two or three years, Oliver Schiffmann has been struggling with a problem that has remained unresolved. However, his work as a researcher is far from solitary. “A mathematician should avoid confronting his problem alone. I discuss a lot with my colleagues and it's good if they can then do better than me with my ideas. I also enjoy working with my PhD students. I don't give them problems that I know how to solve. In fact, I search with them, and that's how I teach them to work. Communicating is the most fun part of our job,” he says 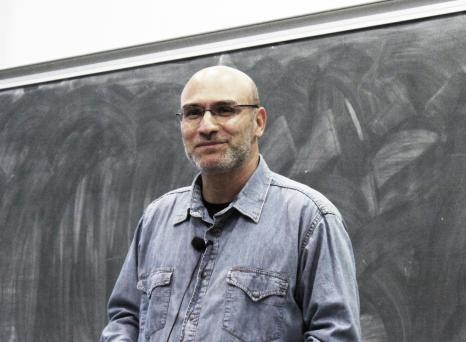