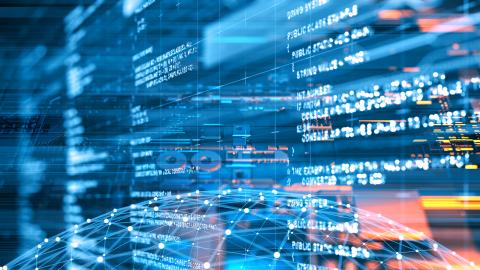 Mathilde Mougeot is a researcher and professor at the ‘École nationale supérieure d'informatique pour l'industrie et l'entreprise’ ENSIIE (National School of Computer Science for Industry and Business), and the Industrial data analytics and machine learning chairholder at the Centre Borelli (Université Paris-Saclay, CNRS, ENS Paris-Saclay, Université de Paris, SSA). Her unusual background in industry and academia gives her a dual set of skills which she uses for her research and teaching in data science.

Mathilde Mougeot received her engineering degree from AgroParisTech in 1987. She was interested in data science very early on and quickly became hooked. “After attending a course on vineyard monitoring using satellite imagery, I was impressed by all the possibilities of extracting knowledge which digital data provides and I fell in love with this field.” She then specialised in statistics and studied for a PhD in applied mathematics at the former Université Paris-Sud (now Université Paris-Saclay) in partnership with Thomson CSF, which became Thales in the year 2000. Her focus was on neural network models applied to image compression and the self-organisation of the visual system in mammals. This also included industrial applications. In 1992, she was appointed as lecturer in applied mathematics at Université de Paris Nanterre and conducted research at the Centre for Mathematics and its Applications at the ‘École normale supérieure (ENS) de Cachan’, which has since become ENS Paris-Saclay.

Mathilde Mougeot’s area of research comes under the umbrella of machine learning, relating to the development of artificial intelligence. It focuses on the development of predictive models for monitoring, diagnosis and decision support in various application contexts. In particular, she works on model aggregation issues. This involves combining different predictive models in a context where data and adequate models evolve rapidly. She also works on transfer learning methods where she capitalises on a successful model already calibrated in a source domain by transferring the knowledge to a new target domain. “When data is sparse, artificial intelligence cannot properly calibrate models. Transfer learning solves this problem.” This research in applied mathematics meets many key industrial challenges.

An immersion into the world of economics

In 1999, Mathilde Mougeot reached a turning point in her career when, together with Robert Azencott (her PhD supervisor), she was granted leave of absence to help set up the company Miriad Technologies, which develops decision support algorithms for the industrial sector. “This professional development was unusual at the time because links between the world economics and that of academia were not yet part of the university culture. Not to mention that I was also taking a bit of a risk in terms of the development of my own professional career.” Nonetheless, the researcher ventured down this path for six years, during which time she carried out feasibility studies for numerous industries. She conducted several proofs of concept to develop software which used statistical learning methods in the fields of aerospace to pharmaceuticals. For example, she designed a model for the automatic detection of overconsumption by compressors for Air Liquide, which is used in one of its units in Texas. Mathilde Mougeot adds “During this start-up experience, I also took on roles for which I had no experience. I was asked to carry out tasks related to sales, pre-sales and marketing. This diverse role, in addition to the wide range of scientific projects I was dealing with, gave me a healthy dose of adrenaline! ”

A new way of teaching and carrying out work

Research is also a source of excitement for Mathilde Mougeot, who took up her post again at Université de Paris Nanterre in 2006. She approached her research work in statistics and learning methods with a new perspective and was strongly motivated by the goal of concrete applications. “I realised that by focusing my research on real-life uses, I took much more ownership of them because I was inspired by problems in the field. This has greatly changed the way I approach my job.” This dual industrial and academic set of skills and new perspective have resulted in numerous requests. Examples include being asked to set up the PRO ISIFAR Master’s track at Université Paris-Nanterre, a data mining course at CentraleSupélec and a course on statistical tools for literature students at ENS de Paris. “My teaching method now integrates insights into real-life applications as a matter of course, which I adapt to my audience and the concepts I’m presenting.” In 2009, she continued with her academic research at the Probability, Statistics and Modelling Laboratory at Université Paris Diderot, where she taught and obtained her ‘Habilitation à diriger des recherches’ (authorisation to direct the research of others – a post-doctoral degree) in 2015.

In 2017, the researcher became a professor of data science at ENSIIE, then an affiliated professor at ENS Paris-Saclay in 2018, where she became the holder of the ‘Industrial Data Analytics & Machine Learning’ (IdAML) chair at the Centre Borelli. Here, she is continuing her work in transfer learning and is working in partnership with the multinational company Tarkett, which specialises in floor coverings and sports surfaces. Together with Nicolas Vayatis, who is the director of the Centre Borelli, she is overseeing automatic fall detection models for older people based on data collected from experiments carried out using younger people. “Collecting data about falls amongst vulnerable people is very difficult and time consuming. For this reason, we use source knowledge from data on falls involving healthy people and transfer it to a new domain.” The researcher, together with the French Alternative Energies and Atomic Energy Commission (CEA) and the company Michelin, has now started to work on hybrid models, i.e. learning models which also incorporate model-based knowledge from physical science (fluid and solid mechanics, or meteorological phenomena).

From 2016 to 2019, Mathilde Mougeot was co-ordinator of development at the National Institute for Mathematical Sciences and their Interactions (INSMI) at the French National Centre for Scientific Research (CNRS). During this time, she supported the creation of the first joint research body in mathematics within the framework of the ‘LabCom’ programme, which was started by the National Research Agency (ANR). LabCom I3M brings together CNRS, Université de Poitiers, CHU de Poitiers and the company Siemens. Since 2019, the researcher has been deputy director of the ‘Fondation Mathématiques Jacques Hadamard’ at Université Paris-Saclay and assistant director of the University's Graduate School of Mathematics. Here, she fosters and builds relationships to promote exchanges between students and the business community. “After an unusual career during which I moved away from the University, only to return to it again later, I’m now trying to combine these two worlds. Initiating connections and promoting all their benefits are very much part of my DNA,” says the researcher in conclusion. 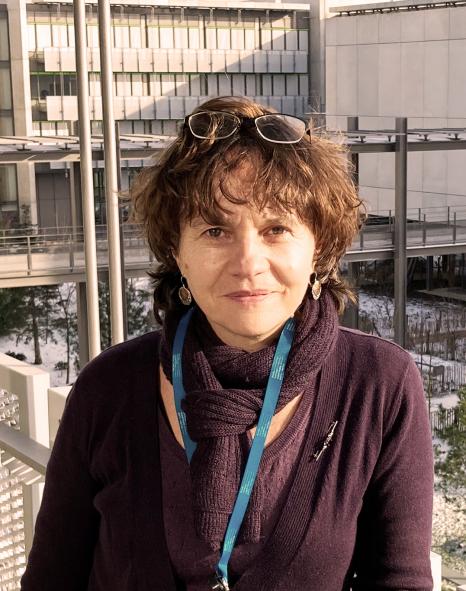