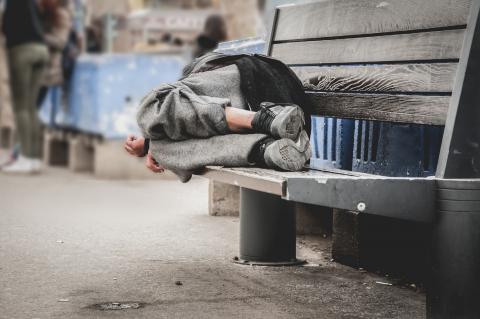 Maryse Bresson: a sociologist focusing on issues of insecurity

Maryse Bresson is a Professor of Sociology at Université de Versailles – Saint-Quentin-en-Yvelines (UVSQ), a researcher at the Professions, Institutions, Temporalities laboratory (PRINTEMPS – Université Paris-Saclay, UVSQ, CNRS) and Deputy Director of Research at the Education Graduate School at Université Paris-Saclay. She specialises in the sociology of insecurity and social intervention, and her work addresses the subjects of social work, disability, old age and vulnerability.

Maryse Bresson was a student in the Social Science department at the École Normale Supérieure of Cachan (now ENS Paris-Saclay) from 1988 to 1992. In 1991, she passed the agrégation in Economic and Social Sciences and decided in her fourth year of studies at ENS Cachan to aim for a DEA (Advanced Studies Diploma) in Sociology. She then worked as a teaching assistant (allocataire monitrice normalienne - AMN) at this school while also focusing on a PhD which looked into the issue of poverty. Once she obtained her PhD, and after a year spent as a teacher of Economic and Social Science at a secondary school, she was taken on as an associate professor at the Université de Rouen in 1996, before joining the Social Careers Department at the Université Lille 3 Technical Institute . In 2004, aged just 37, she passed her Accreditation to Supervise Research (HDR) and joined UVSQ in 2008 as a Professor in Sociology. This career path, in addition to her subsequent posts, added breadth to the subject area she had studied since the very beginning - namely insecurity - and exposed her to new challenges whilst allowing her to take on several responsibilities.

The study of insecurity as a common theme

It is fair to say that Maryse Bresson does not do things by halves. An example of this is when she decided that the focus of her PhD would be the homeless in contemporary France and, at the same time, she worked as a volunteer in a social welfare office and in various associations. “During that time, I was working using an ethnographic approach based on participant observation, so it was essential for me to be in the field so that I could study my subject,” explains the academic. Although she was right at the start of her career, she was happy to think outside the box and carve her own path. “While most researchers in this field focused on the importance of work as a vehicle for integration, I emphasised the importance of an address. I also rejected the notion that the vulnerability and mental health issues experienced by the homeless are the sole causes of their insecurity. I pointed out the contradiction of social norms which, on the one hand, advocate flexibility in employment and, on the other, impose stability of income as a condition of access to having a home - the benchmark of integration,” she continues. Her work resulted in the publication of a first paper entitled “Les SDF et le nouveau contrat social” (The homeless and the new social contract).

From inclusion to participation

After spending three years as an associate professor in Sociology at Université de Rouen, she decided to join the Lille University Technical Institute (IUT) in 1999. “Apart from the fact that I wanted to go back to Lille for personal reasons, the University Technical Institute (IUT) there gave me the chance to study my research areas in greater depth as it had a Social Careers Department where social workers were trained,” explains the academic. Maryse Bresson then joined the city professions option as a sociologist. This option focused on the issues surrounding exclusion, particularly in disadvantaged suburbs. “Still using an ethnographic approach, I became interested in the issue of integration by conducting a survey in community centres,” says Maryse Bresson. This gave her the opportunity to learn about an entire population which was not defined by exclusion or extreme poverty, but instead by various forms of uncertainty and insecurity. “This is how I began to look more deeply into issues linked to the question of social links and participation with the aim of shedding light on the paradox between the policies implemented to involve inhabitants and the reality of the actions taken.” This additional widening of her field of research resulted in the publication of a new paper with the title “Les centres sociaux entre expertise et militantisme” (Social centres: a combination of expertise and activism) in 2002. Alongside her research activities, she set up the vocational degree Social intervention and the Participatory project coordinator track, before becoming Head of the Social Careers Department, followed by the Director of the University Technical Institute (IUT).

From work insecurity to the issue of vulnerability

When she joined the PRINTEMPS laboratory in 2008, she opened up her field of research further by addressing the issue of insecurity in the world of work and employment in the civil service in particular. In order to do this, she changed the methodology and started to use interviews as a technique. “This approach enabled me to highlight the underlying causes of insecurity in the world of work, in particular the discrepancy between norms and expectations.” In 2011, alongside her teaching, she set up the Teaching and Training Professions in Economic and Social Sciences (MEEF SES) Master’s degree, took on the management of her faculty and was a frequent editor of papers and publications. In 2013, she requested research leave and used her contacts in the International Association of French-speaking Sociologists (AISLF) to carry out a new research project as part of a field survey in Quebec and France looking into the development of home-based services as opposed to deinstitutionalisation. “Thanks to this work on vulnerability, I became the ANR coordinator of the ANR/FQRSC Franco-Quebec project on home help for the elderly, the results of which we presented at the end of 2022,” says the academic.

Maryse Bresson has never shied away from taking on responsibility. In 2007 she became Director of the Université Lille Technical Institute; from 2008 to 2011 she was in charge of the 1st year of the Sociology Master’s degree at UVSQ; from 2010 to 2013 she was director of the Faculty of Social Science; from 2009 to 2018 she was Vice-President of the internal and then external examiners for the agrégation in economic and social sciences and President of the internal examiners for the agrégation from 2019; from 2016 to 2017 she was Deputy Director of and an advisor for five years for the Faculty of Social Science and manager of the MEEF SES Master’s degree at UVSQ; and in February 2022 she was Co-Director of the Paris-Saclay Centre of Human Sciences (MSH). “I accepted all of these roles because of my interest in problem solving and desire to make things happen within the institutions which employed me. This type of commitment also reflects my interest in having a cross-disciplinary approach and different perspectives,” the academic points out.

...all the way to the Education Graduate School

Thanks to her many past years of experience and her desire for openness and a cross-disciplinary approach, it was therefore quite a natural step for her to agree to become Deputy Director of Research at the Education Graduate School at Université Paris-Saclay. “I’m certain of the fact that it’s essential for the University to develop its training for the teaching profession and to innovate around educational issues. These are all challenges which I’m delighted to be able to work towards addressing in the context of the Graduate School,” says Maryse Bresson in conclusion. 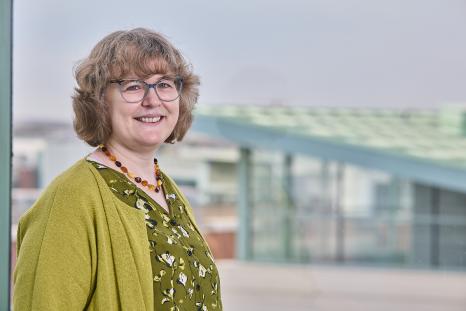