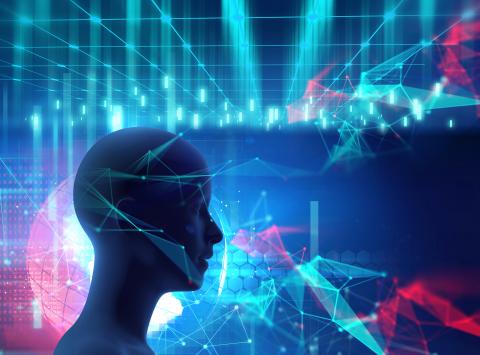 Johanne Cohen and Sophie Rosset: the new directors of the LISN

The careers of Sophie Rosset, a researcher in the field of dialogue and dialogue systems, and Johanne Cohen, a researcher in computer science, have now crossed paths at the recently created Laboratoire interdisciplinaire des sciences du numérique (Interdisciplinary Laboratory of Digital Sciences) - LISN (Université Paris-Saclay, CNRS, CentraleSupélec, Inria). Director and deputy director respectively of this new laboratory, they each have a unique and varied background in their own fields.

Johanne Cohen’s favourite area of research is the optimisation of algorithms with applications in the telecommunications sector, where agents (both human and artificial) may have conflicting interests.

She is also a chess fan and has been playing chess for several years. This age-old game involves making calculations to prepare moves in advance and to anticipate any possible attacks made by an opponent. It is not hard to see similarities with her research area. “I see the creation of algorithms in the same way as the development of a game against an opponent based on their level of skill.”

Mathematics and algorithm design - a passion

Johanne Cohen was interested in mathematics from a very early age and it was a subject she excelled at. She studied mathematics, computer science and physics at Université Claude Bernard Lyon in 1990. She then continued along this path in 1992 at the Ecole normale supérieure, also in Lyon. “I was the only woman in my class, but that didn't put me off.” In her first year, she specialised in algorithms, which she quickly identified as her favourite subject. “I really like challenging myself with ‘Chinese puzzle’ type problems and finding an automatic solution to solve them.”

Specialisation in the field of networks

After she had completed three years of study, she began a PhD in telecommunication algorithms to study how to calculate routes in communication networks. She completed this in 1998 at the Laboratoire de recherche en informatique (Computer Science Research Laboratory) - LRI (Université Paris-Saclay, CNRS). Then, from 1999 up until 2008, she worked at the Université Henri Poincaré (Nancy 1), now the Université de Lorraine, as a lecturer specialising in distributed algorithms.

From 2008 to 2013, Johanne Cohen worked at the Laboratoire Parallélisme, Réseaux, Systèmes, Modélisation (Parallelism, networks, systems, modelling laboratory) - PRISM (Université Paris-Saclay, UVSQ, CNRS) as a research fellow. Her work focused on the design of algorithms in game theory. The researcher used this approach to optimise packet switching (i.e. data flow), through the design of distribution algorithms and task allocation. “This avoids overloading or even a collapse of the networks. And for wireless networks, it balances the flow to prevent, for example, incidents on the antennas or the slowing down of communication.”

Johanne Cohen enjoys tackling new research topics, which is what led her to join the LRI in 2013. “It’s very stimulating to join a different laboratory. I like to vary my fields of research and meet new people in order to be open to all science.” Here, she has worked (among other things) on graph theory applied to the field of biology together with the GALAC (Graphes, algorithmes et combinatoire - Graphs, algorithms and combinatorics) team. She has also worked with the laboratory's bioinformatics team, where she studied the modelling of ribonucleic acid (RNA) components in three dimensions. She continued her research in the field of telecommunications alongside.

Dialogue science as a starting point

For her part, Sophie Rosset has specialised in language sciences since she started her university education in 1988. She first attended Université Lumière Lyon 2, followed by Quebec University in Montreal, where she completed an advanced master's degree in theoretical linguistics in 1991. She also became a research assistant there, which confirmed her liking for research. When she returned to France in 1994, she joined the Laboratoire d'informatique pour la mécanique et les sciences de l'ingénieur (Computer Laboratory for Mechanics and Engineering Sciences) – LIMSI (Université Paris-Saclay, CNRS), where she happily discovered the subject of frequency changes in speech, called glissandi. She joined a team studying human-machine dialogue systems. “It was a case of love at first sight as regards science!”

Sophie Rosset developed her scientific work further with a thesis on dialogue strategies for oral database interrogation systems which she defended in the year 2000. Her work consisted in using pragmatic communication computational models - i.e. those elements of language whose meaning can only be understood by knowing the context of their use - and adapting them to human-computer interaction. These were subsequently developed and passed on to VECSYS, a company specialising in the multilingual transcription of audio and video content.

“Having a cross-disciplinary approach is at the heart of the way we work in my research area. This wide variety excites me a lot, because I like to learn and discover new subjects all the time.” In 2002, Sophie Rosset was appointed as a research fellow at the LIMSI with the Spoken Language Processing team. “I persuaded some of my colleagues there to work on an ambitious project. It involved studying open-domain dialogue to design a system capable of interacting with a human on all types of subjects.” At this time, research focused on projects with limited domains (such as booking a train ticket for example) and opening it up to an unlimited scale posed significant challenges in terms of knowledge modelling.

At the end of the year 2000, Sophie Rosset was searching for answers to specific questions and to information retrieval. She led the development of a system for finding answers to specific questions in multilingual data. This work led her to focus on representation models for named entities and textual objects (i.e. a word or a group of words) which could be categorised. She designed a new representation model which was complex and capable of representing much more information in texts than before. This is what was used by a team at the Ecole polytechnique fédérale de Lausanne (EPFL) during a recent international challenge where teams from different countries proposed systems to perform the task of extracting information from historical documents (some from the 19th century).

In 2014, the researcher applied her expertise to dialogue systems for the medical sector. She managed the Patient Genesys virtual patient design project aimed at medical students. Students could ask it clinical questions in order to practice medical diagnosis, and the system was able to adapt itself to new medical specialities. “By integrating automatic language processing methods and algorithms for optimising searches of terminology resources, we designed the first virtual dialogue system capable of operating in any medical field.” In 2016, the software was passed on to SimforHealth, a start-up specialising in digital simulation in the health sector.