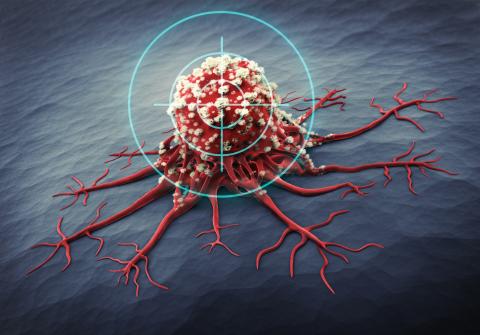 Jean-Charles Soria is a medical oncologist and researcher, and professor of medicine and medical oncology at Université Paris-Saclay. World-renowned for his research on lung cancer, he is an expert in precision medicine, immunotherapy and early trials at the Gustave Roussy Institute, which he has directed since January 2020. Profile of a researcher who decided very early on to devote all his energy to fighting cancer.

“In the past, lung cancer was perceived as a single disease: it was the cancer of the smoker,” says Jean-Charles Soria. “Today, we know that it represents a plethora of sub-fragments corresponding to a good 15 diseases, including non-smoker's cancer, which accounts for 15% of cases in Europe.”

In recent years, the diagnosis of lung cancer has made considerable progress. Jean-Charles Soria's research has highlighted the link between a certain number of cancers and the presence of very precise molecular abnormalities. These abnormalities establish sub-categories of cancer for which effective oral treatments now exist, sometimes allowing metastatic cancer patients to survive for several years. “Which is exceptional,” says Jean-Charles Soria. “Even with very extensive metastases, a cancer patient with a mutation in the EGFR (epidermal growth factor receptor) gene has a life expectancy of several years.”

Thanks to the effectiveness of immunotherapy, life expectancy has also increased by five years for 20-30% of affected patients. Previously reserved for the very advanced metastatic stages of cancer, these immunotherapy tools are now used for the earlier stages of the disease, usually treated by radiotherapy and/or chemotherapy, or surgery. “We further increase the chances of recovery and thus the survival rate of our patients,” he says, as a clinician and researcher.

Lung cancer screening programmes are also currently developing very rapidly. “There are CT scans and even blood tests and liquid biopsies, which probably make even earlier diagnoses possible,” he says.

Pushing the boundaries of research

“Even if you are a good doctor, today we lose one third of cancer patients. It is therefore imperative to push the boundaries of what is possible and devote ourselves fully to research. This is my driving force. I am a doctor and researcher through and through,” he says. Jean-Charles Soria makes no secret of the fact that he decided to become an oncologist following the acute leukaemia experienced by his younger sister at the age of seven, fortunately cured (20% of cases). “I was 13 years old. The entry of cancer into my family was a violent but foundational ordeal for the rest of my life. I promised myself that I would spend all my energy to fight this disease,” he says. Since then, this struggle has taken different forms: a PhD in molecular biology and then a two-year postdoc at the MD Anderson Cancer Center in Houston (Texas, USA), where Jean-Charles Soria was also an assistant professor from 2013 to 2017. “I fight against cancer as a doctor, who always sees his patients, as a professor, since 2006 at Paris-Sud University and then at Paris-Saclay University today, as a researcher, trying to find new therapeutic targets, and even as head of cancer research and development at AstraZeneca, a pharmaceutical company,” he says.

Today, Jean-Charles Soria continues his fight against cancer as a strategist in the organisation and optimisation of cancer care. He readily confesses an appetite for management and the creation of new organisations. From 2017 to 2018, he attended Harvard's hospital management training programme. He arrived at the Gustave Roussy Institute in 2001 and in 2007 created the Service innovation thérapeutique et essais précoces (Therapeutic Innovation and Early Trials Service - SITEP), which in 2013 became the Département d'innovation thérapeutique et essais précoces (Department of Therapeutic Innovation and Early Trials - DITEP), then the first major centre for early cancer trials in Europe. “It took me 10 years to make it the largest in Europe and to raise it into the top 5 in the world,” Jean-Charles Soria recalls. In January 2020, he took over as Director General of Gustave Roussy, “the largest cancer centre in Europe, ranked 5th in the world in Newsweek and first outside the United States,” he says enthusiastically.

The institution is collectively drafting its 2020-2025 strategic project around 10 major ambitions. Among them: “To enable a better dissemination of knowledge by investing fully in the university dimension of the Paris-Saclay group. We assume that Gustave Roussy's future largely depends on its integration and synergy with all the dynamic forces that make up Paris-Saclay University,” says its director. Another major point of the Institute's strategy is its ability to “democratise its excellence”. “Can you imagine our moral responsibility? Not everyone is lucky enough to live next to Gustave Roussy. As we cannot create 15 Gustave Roussy's in France, the question is how to make the excellence deployed here available to the greatest number of patients throughout the country. We have an obligation to train people, to popularise our knowledge,” he says.

At the heart of Université Paris-Saclay

The most cited researchers in the world from Université Paris-Saclay, including Jean-Charles Soria, author and co-author of more than 663 publications, were recently honoured by the university. “A moment of deep pride in the importance and concentration of human and intellectual excellence of the different components and disciplines represented. Beyond that, we have become aware of how far we have come from the beginnings of the university and the value of creating a critical mass. The Shangaï classification is the first fruit harvested,” he says. Throughout his career, he has received numerous awards, including the prestigious ESMO award in 2018. “Cancer is an exhilarating discipline both in human terms, since you can really save lives, and in terms of research, which is accelerating at an unparalleled rate: we have made more progress in 15 years than in 100 years! Therapeutic prospects and treatment options have exploded, there is a profusion of career opportunities today. Being a doctor and researcher is a very demanding vocation, since you still have to work twice as hard. But if the effort and difficulties are addictive, the joys and satisfactions are multiplicative,” Jean-Charles Soria concludes. 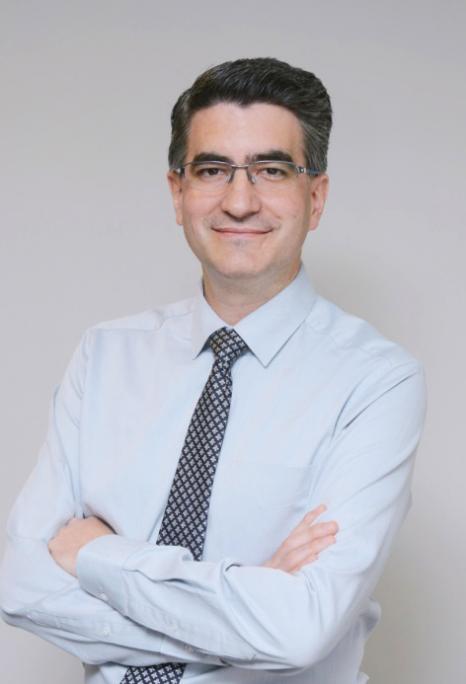