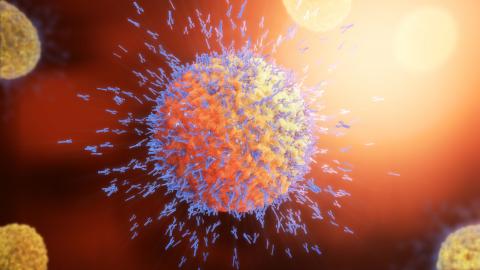 Isabelle Schwartz is a researcher at the Virology and molecular immunology laboratory (VIM - Université Paris-Saclay, UVSQ, INRAE) and leads the Vaccines, immunopathology, immunomodulation team (V2I). She originally trained as a vet and became fascinated by the comparative physiology and pathology of species. At the start of the year 2000, she specialised in the role dendritic cells play in immune responses. This expertise has now enabled her to concentrate on translational research into immunomodulation in lung transplantation.

Isabelle Schwartz studied veterinary medicine at Maisons-Alfort in the early 1980s. She completed a work placement where she looked into the sensitivity of cancer cells to macrophages and realised that the intellectual processes involved in research excited her much more than the practice of veterinary medicine. After completion of her veterinary medicine thesis, this realisation led her to go on and study for a postgraduate diploma (DEA) (the equivalent today of a Master’s degree) on bovine leukemia, a disease where lymphocytes become malignant as a result of the bovine leukaemia virus (BLV) retrovirus. She then went to Toronto in Canada to complete a science thesis on tumour transformation, followed by a post-doctorate in human medicine on the resistance of tumours to chemotherapy. “It was during these years of study that I developed the skills which were to become essential in the rest of my career, namely the desire to develop knowledge and therapeutic approaches in human and veterinary medicine based on the large mammal species which I had studied during my DEA,” explains the researcher.

It all started with a dual background

With this dual background behind her, Isabelle Schwartz began her career at INRA (now INRAE) in 1991 in the same laboratory where she had studied for her postgraduate diploma. As the only researcher in her unit, she led a small team with which she succeeded in building a project on malignant transformation by the BLV using a combination of oncogenesis, virology and immunology. “Despite the scientific isolation suffered at the time at Maisons-Alfort and the small size of the team, we produced some good scientific results during the six years we were working on this project,” remembers Isabelle Schwartz. Admittedly, they were indeed good results - but the researcher quickly realised that with the eradication of the BLV, her work would perhaps lose its interest. “In 1997, I obtained a placement to study molecular genetics at the ‘Institut Cochin’ and to train in mucosal immunology, which interested me at the time. This led me to join the Rotavirus team at the Virology and molecular immunology (VIM) unit in 1999 at Jouy-en-Josas.”

The key role played by dendritic cells in immune responses

While she was settling in the Rotavirus team, Isabelle Schwartz was thinking about developing the technique of lymphatic drainage in sheep. “Although I knew that this technique, which is cumbersome and costly, was difficult to implement, I felt that it could provide some new insights into the immunology of mucous membranes.” This hunch may well have gone no further if she had not met Michel Bonneau, who at that time was managing a surgery platform at Jouy-en-Josas. “Michel was convinced by the approach I was suggesting to explore and immediately agreed to open up his platform to me. Together, we developed a de novo model for the study of dendritic cells using lymphatic drainage in different areas (mucous and skin) and on different species (sheep, pigs). Thanks to these models, we began to describe the functional and molecular characteristics of these cells, which are rare but essential for the development of immune responses. Very little was known about these cells at the time - particularly in the tissues and especially during their migratory phase. We were pioneers in this area.” In 2003, Isabelle Schwartz created the Vaccines, immunopathology, immunomodulation (V2I) team, which she still manages to this day. “In the early years, we focused on the study of dendritic cells, first in the basal state and then during viral infections, which led us to understand their role in immune responses,” points out Isabelle Schwartz.

Isabelle Schwartz, together with Marc Dalod from the Immunology Centre at Marseille-Luminy, decided to put her expertise in cross-species comparative dendritic cell immunity to good use in the area of vaccine efficacy. “My team and I have developed several programmes based on our molecular and functional knowledge of dendritic cells aimed at targeting these cells and macrophages in order to optimise vaccine efficacy in ruminants and pigs,” explains the researcher. In the space of just a few years, Isabelle Schwartz has managed five projects funded by the National Research Agency (NRA), as well as an Horizon 2020 European project. Alongside this work, she continues to be interested in the interaction between dendritic cells, macrophages and viruses in ruminants and pigs.

After being contacted in 2018 by Édouard Sage, a thoracic surgeon at the Foch Hospital, Isabelle Schwartz’s career went in a new direction. The surgeon, who is a lung transplant specialist in humans, was hoping to benefit from the researcher’s and her team’s expertise on dendritic cells and macrophages in order to find new therapeutic possibilities for improving the survival of transplant patients using the preclinical porcine model. “I was delighted about the idea of working with clinicians, and I immediately realised that our areas of expertise were complemented each other. We decided to join forces with Édouard and conduct immunomodulation studies in pigs to improve graft acceptance.” This is how the V2I team embarked on the new research area of the immunomodulation of immune responses as part of the creation of the VIM unit. In 2020, the team jumped at the opportunity to use its ex vivo perfused and ventilated lung model for the ANR Flash-Covid-19 (Icare) project, the aim of which was to identify early cellular targets and their responses in the early stages of a SARS-CoV-2 infection.

A move to translational research

If you had to find a common thread running through Isabelle Schwartz’s career, it would be her fondness for connections between disciplines. “I think I have my veterinary training to thank for my cross-disciplinary way of thinking which helps me to discuss ideas and techniques quite easily with my colleagues, whether they are doctors, biostatisticians or molecular biologists!” It comes as no surprise therefore that Isabelle Schwartz’s main objective today is to continue with her involvement in translational research projects. “As someone who has sought to use large animal models for veterinary and biomedical applications, I am pleased to see that more and more of us are promoting an integrated approach to health,” concludes the researcher. 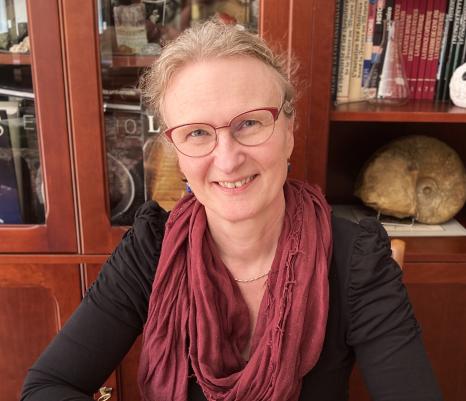