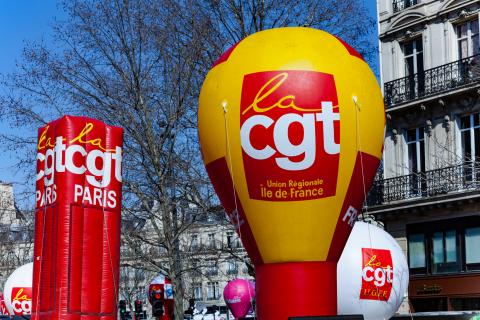 Frank Georgi: understanding the societal landscape through the history of trade unionism

Frank Georgi is a professor of contemporary history at Université d'Évry, and a researcher at the Institutions and Historical Dynamics of the Economics and Society Laboratory (IDHES - Univ. Paris-Saclay, Univ. d’Évry, ENS Paris-Saclay, CNRS, Univ. Vincennes-Saint-Denis, Univ. Paris-Nanterre, Univ. Panthéon Sorbonne) and Deputy Director of Education at the Graduate School Humanities - Heritage Sciences. He is passionate about the history of trade unionism as a window onto economic, political, social and cultural developments.

Frank Georgi was admitted to the École normale supérieure de Fontenay-Saint-Cloud in 1981. At the same time, he took history courses at Université Paris 1 Panthéon-Sorbonne. "I am particularly interested in contemporary history because it makes our present era more understandable," he explains. He then completed a thesis at the Centre for the Social History of the Contemporary World (CHS-Paris 1), which he defended in 1994. It focused on the birth of CFDT trade unionism in the 1960s, and its transition from a Christian to a secular way of thinking in a context of cultural, economic and political upheaval in France and Europe.

In 1995, Frank Georgi was appointed lecturer at the Blaise Pascal University of Clermont Ferrand, then in 1997 he was transferred to Paris, to the laboratory and university where he studied. In 2019, he was recruited to IDHES.

Frank Georgi is keen not to compartmentalise history, which makes the spectrum of his expertise quite broad. He is a historian of trade unionism, social movements, political utopias and transnational relations. "I think that reality is not divided into watertight compartments and that we have to create dialogue between all these spheres, so that knowledge can circulate."

In the 1980s, he focused his work on trade unionism and the Democratic Federation of Labor (CFDT), a subject that has rarely been addressed by research because it has been considered more of a militant than a scientific issue. Frank Georgi, on the contrary, thought that this aspect of history was that of the world of work and he decided to explore it further. "The subject offered a window onto the changes at work in the economy, politics, technology and social relations."

These changes were numerous. The lecturer traced the evolution of the trade union movement from the Second World War to the 1970s and observed its collapse. Trade unionism has indeed gone from being a powerful, hegemonic organisation, closely linked to the main political parties (communist and socialist) to a group whose role has been forgotten. "The work collectives that used to support trade unionism have been completely diluted by subcontracting, mass unemployment, casualisation, globalisation, technological transformations, etc."

The secularisation of the CFDT

Frank Georgi also observed the cultural evolution of the movement. The organisation, which was originally deeply rooted in values stemming from Christian morality, made a shift in 1964. Everything relating to individual consciousness was separated from the religious aspect of collective action, that is to say secularising its approach. This strengthened its position in a trade union landscape dominated by the General Workers' Confederation (CGT). "This major turning point in the history of the movement brought it closer to the concerns of new generations of employees, and it is now the leading French union organisation in terms of representativeness." This work was the subject of a book that Frank Georgi published in 1995: L’invention de la CFDT 1957-1970. Syndicalisme, catholicisme et politique dans la France de l’expansion [The invention of the CFDT 1957-1970. Trade unionism, Catholicism and politics in expanding France].

The essential theory of self-management

In the aftermath of this deconfessionalisation, the movement evolved to align itself with socialism, democratic planning, the social ownership of the means of production and self-management. This concept, theorised among others by the historian and sociologist Pierre Rosanvallon in 1976, aims to radically transform society, via the sharing of power as well as via the reversal of dominations, inequalities and established hierarchies. By proposing to democratically associate populations with the management of their own needs, self-management offers the possibility of a third way, between state communism and liberal capitalism. "This self-management socialism was extremely prevalent and unavoidable in the 1960s to 1980s. It reached many political, trade union and associative organisations, and even permeated into schools and families. And yet, by the 2000s it had already been forgotten." Frank Georgi then decided to devote his work to this and wrote Autogestion. La dernière utopie ? [Self-management. The last utopia?] in 2003. "It was a new, exciting subject, at the intersection of the dreams and practices of the social movement and economic management."

In 2010, Frank Georgi's work led him to focus on the international dimension of the concept of self-management. "I realized that when the subject was mentioned in France, it was very often associated with its implementation abroad." Utopia is therefore transnational. It did indeed spread in the Western capitalist countries, in those located behind the Iron Curtain, as well as in the Third World (now called southern countries). Moreover, Tito's Yugoslavia was one of the first countries to be attracted by this system and constitute a strong model to which the CFDT referred. Stalinist until 1948, it was the first territory to break with Stalinism and try to develop a new form of communism inspired by self-management. "It is very surprising and interesting to study how a union with a Christian culture imagined itself to be in tune with a regime with a Marxist culture." The professor expanded on his analysis in 2018 in L’Autogestion en chantier. Les gauches françaises et le « modèle » yougoslave, 1948-1981 [Self-management in the making. The French Lefts and the Yugoslav "model", 1948-1981].

Frank Georgi is also interested in democracy at work in Europe since 1945. In 2021, he launched the EURO-DEM study project in collaboration with the Ruhr University in Bochum and the Franco-German Marc Bloch Center in Berlin. This project is supported by the French National Research Agency (ANR) and its German equivalent, the Deutsche Forschungsgemeinschaft (DFG). "We are interested in types of democratic employee participation in corporate governance, such as the international circulation of the Franco-Yugoslav self-management model and the German co-determination model." A major symposium bringing together many different experts from various fields such as philosophy, sociology, economics and history, is due to take place at Université d’Évry in autumn 2023.

Since 2020, Frank Georgi has been Deputy Director of Education of the Graduate School Humanities - Heritage Sciences of Université Paris-Saclay. It has seven Master's tracks, 160 academics, 100 PhD candidates, 600 students, and a dozen laboratories. The education is very eclectic, including archives, design, history, literature, foreign languages and civilizations, culture and heritage and musicology. "Our role is to contribute to the creation of common ground from these multiple disciplines, without erasing their specific natures, and to facilitate the immersion of students into the world of research." For example, the Graduate School has launched the Intensive Week, a cutting-edge transdisciplinary education programme for Master's students which includes financial support for field trips or for the dissemination of their scientific papers abroad. 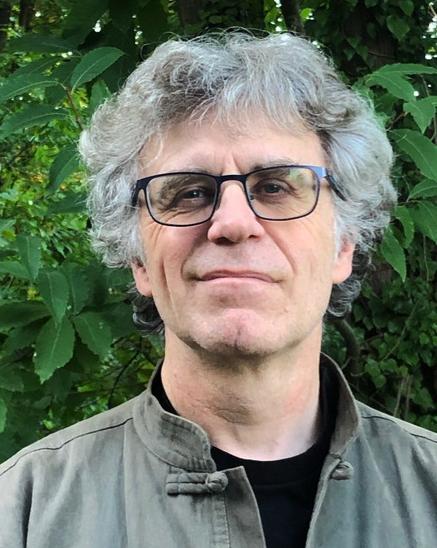