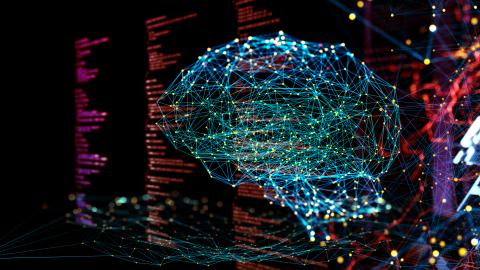 Université Paris-Saclay is positioning itself as a major player in research, training and innovation in the field of data science and artificial intelligence (AI), and is constantly looking to increase opportunities. The DATAIA Paris-Saclay institute is one of its leading flagship institutions both in France and abroad, and promotes public-private collaboration. The National Research Agency also supports the University in several AI projects, including a research chair programme. The University also accommodates other chairs and public-private partnerships.

The DATAIA Paris-Saclay institute was created as part of the call made by the Convergence Institute in 2017. The Institute is fully involved in the programme within the Paris-Saclay community to develop AI projects to help humanity. 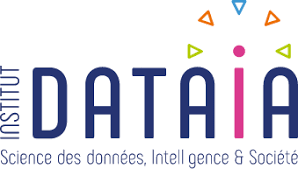 DATAIA Paris-Saclay pools the multidisciplinary expertise present at Université Paris-Saclay to boost research in data sciences and AI. “We organise and promote scientific interaction by making the full potential of data science available to the academic world.” The areas which the institute works in are numerous and include energy and ecology, e-science, industry, networks of people and things, health and well-being, urbanisation 4.0 and transport.

DATAIA Paris-Saclay also creates bridges between traditionally compartmentalised disciplines, such as mathematics, computer science and legal, economic and social sciences. The societal and ethical issues which arise from these innovations are significant and require close collaboration between scientific disciplines and the humanities.”We wish to promote a world where machines are dedicated to the service of human progress, and we take pride in educating all academic staff about, and making them aware of, these issues.”

The institute also has an industry affiliate programme to encourage collaboration with the business world. The latter submit issues which need to be addressed to the institute which then leads on to the creation of laboratory research projects or dedicated chairs.

Influence at an international and European level

At an international level, researchers from DATAIA Paris-Saclay are very much involved in shaping international regulations. They contribute to the “Global Partnership on AI”, an initiative started by Canada and France and later joined by the European Union and ten other countries, to promote the responsible use of AI.

Support from the National Research Agency

As far as funding is concerned, last April, the UDOPIA doctoral programme at Université Paris-Saclay was selected by the NRA as part of its “doctoral contracts in artificial intelligence – establishment” call for projects, which is part of the national strategy for artificial intelligence. As a result, the project has received €1.8 million to co-finance 30 PhD grants for three years. The first ten students who arrived in October 2020 have had access to the vast DATAIA Paris-Saclay community and have benefited from its links with industry.

The NRA is also funding a programme of 40 research and teaching chairs in AI to the tune of €22 million, 10 of which are at Université Paris-Saclay. They are dedicated to research projects over a period of four years. Some chairs forge partnerships with industrial players. 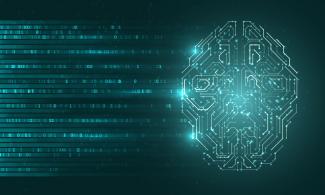 The Karaib (Knowledge and representation integration on the brain) chair, led by Bertrand Thirion specialises in the accumulation and formalisation of knowledge in the field of neurosciences in order to develop an understanding of the structure and function of the brain, based on neuroimaging data. “We want to improve the way data is standardised in neuroscience to help redesign the categories inherited from psychology by making the science reproducible. Data sharing in neuroscience is not yet a commonplace practice. However, this is changing thanks to a new generation of researchers who have understood the importance of sharing their working material and the data behind their results. The Karaib tool will enable better use to be made of this heterogeneous data.”

The Bridgeable Chair (Bridging the gap between iterative proximal methods and neural networks) is led by Jean-Christophe Pesquet, the director of the Centre de vision numérique (Digital Vision Centre) (CNV - Université Paris-Saclay, CentraleSupélec), and the team Optimisation, imagerie et santé (Optimisation, imaging and health) (OPIS - Université Paris-Saclay, CentraleSupélec, Inria). Its goal is to respond to two main problems i.e. the explainability and reliability of AI based on neural networks. At present, it is not always possible to explain why certain AI algorithms lead to certain decisions. And the sensitivity of neural networks to adverse disturbances can sometimes completely distort an AI's decision making. This chair aims to solve these problems using the tools of mathematical optimisation. “We are convinced that it is in the field of mathematics that we will be able to find absolute guarantees.”

The Foldicco chair, led by Jean-François Mangin, a researcher at Neurospin (Université Paris-Saclay, CEA) is interested in the geometry of the brain, and more particularly in the folds of the cortex. Using AI, his team is working to detect hitherto elusive signatures in order to diagnose at a very early stage a risk of psychiatric pathology linked to a developmental anomaly. “Each brain is unique and the folding patterns in the population are so varied that our cognitive abilities cannot decipher their meaning. They are, in a way, hieroglyphics and AI is an indispensable aid in transforming the large recent databases, which combine anatomical and functional mapping, into Rosetta Stones.” The goal of the chair is to create a dictionary of patterns from a neuroimaging database of more than 70,000 people.

The Biscotte Chair (Bridging statistical and computational efficiency in artificial intelligence) is led by Gilles Blanchard, a researcher at the Laboratoire de mathématiques d'Orsay (Orsay Mathematics Laboratory) (LMO – Université Paris-Saclay, CNRS). His team is working to combine statistical and computational efficiency to optimise AI machine learning. This means evaluating the volume of data needed for AI to learn information and predict events. “The more data you have, the more accurate and error-free learning takes place. The same occurs with image recognition.” In view of the massive volumes of data to be manipulated, the Chair is also developing computational approaches, such as kernel or variable selection methods, to find ways of reducing calculation and memory times and their consumption of energy. “Our key and theoretical contribution could eventually be integrated into ‘toolboxes’, i.e. application software that can be used in multiple use cases.”

Other initiatives within the University dedicated to AI were created before DATAIA was launched. These include the Langages dynamiques orientés données (Dynamic data-oriented languages) Chair of Foundation Paris-Saclay Université, led by Kim Nguyen, a researcher and lecturer in computer science. Her programme of work consists of enhancing, processing and grouping data from multiple sources, using an accessible programming language. There is also the Industrial data analytics and machine learning chair at the Centre Borelli (Université Paris-Saclay, CNRS, ENS Paris-Saclay, Université de Paris, SSA), of which Mathilde Mougeot, researcher and professor in data science at ENSIIE, is the holder. Created in 2016, this chair works closely with the industrial partners Atos, Banque de France, Bertin Technologies, Michelin and SNCF. The chair's programme has three objectives: scientific research, the dissemination of knowledge and the training of young researchers. The first involves academic research in high-level and applied mathematics to solve major industrial challenges. The main topics are transfer learning, signal processing on graphs and the monitoring of complex systems. “AI needs large data sets to learn how to calibrate powerful models. Limited data sets can be a barrier to this. We are working on transfer learning methods capable of transferring knowledge acquired from source data to new target data in order to solve problems for which neural networks have not been explicitly trained.”

AIDA: a public-private partnership with IBM

The attractiveness and power of DATAIA is fully illustrated by the partnership established between the University and IBM France's research and development department to develop the AIDA (Artificial Intelligence for Digital Automation) project. Dedicated to collaborative research, it aims to develop tools for IBM for automating companies' operational processes using AI. As for the University, it aims to make use of its academic excellence in AI, with seven laboratories involved in the project (LISN, LGI, L2S, LIST, Centre Borelli and ISP), on operational issues. This “Programme stratégique pour la compétitivité – PSPC” (Strategic Competitiveness Programme), work on which began in 2019, is part of the “Programme d’investissement d’avenir – PIA” (Future Investment Programme), which finances it to the tune of €12 million. A further €21 million is being financed by IBM and partner industries (STET, Softeam, and Decision Brain).

In order to develop automation solutions, “Big Blue” faces three main difficulties for which it requires the expertise of the University. The aim is to develop the scalable capacity of the solutions developed and to solve the problem of uncertainty about the data and their “noise” (i.e. their inaccuracies or approximations). “These are very important topics because they have a strong impact on how the technology will be accepted by its future users. It is necessary to create trust, and therefore to ensure that decision-making processes are transparent so as not to run the risk that the technology will ultimately be rejected by society,” says Michel Mariton, Vice-President of Economic Development at Université Paris-Saclay.

New collaborations are already taking shape on topics related to social sciences. As AI alters interactions between humans and machines, and transforms the organisation of companies, sociologists can help to understand the consequences.

On the strength of these multiple collaborations, IBM has decided to move onto the University campus and is currently constructing a building for this purpose which will house 250 of its employees by the end of 2021. “Our partnership now goes far beyond the AIDA project. IBM wants to put down long-lasting roots into a research community and we will benefit from their experience in industry. We also hope that the company will decide to set up a branch of IBM research on the campus in the near future.”

Beyond collaboration in research, it is also training which benefits from these close ties. This is in line with the University's desire to bring training and research together in a common goal. As a result, teaching is enriched by the many practical case studies from which lecturers can draw. “This is a key driver as AI represents an industrial revolution which will profoundly transform the practices of all companies, such as, for example, those in the mechanics or electronics sector, which today do not have in-house expertise on data and their algorithms. We therefore have an opportunity for graduates at our University, from undergraduate to post-doctorate level, to develop strong AI skills and contribute to the digital transformation of these companies,” sums up Michel Mariton in conclusion.