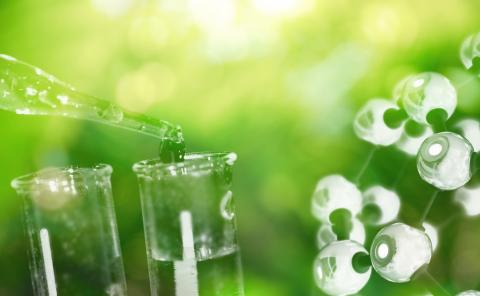 Damien Prim – a chemist and architect of matter

Damien Prim is a university lecturer of chemistry at Université de Versailles - Saint-Quentin-en-Yvelines (UVSQ), a member of the Versailles Lavoisier Institute (ILV – Univ. Paris-Saclay, UVSQ, CNRS) and director of the Chemistry Graduate School Paris-Saclay. A specialist in the development of new synthesis tools, new molecular architectures and the study of their properties, he is committed to increasing the exposure of the Graduate Schools’ activities and the further development of chemistry in these areas.

A believer in Paris-Saclay

Right at the beginning of Université Paris-Saclay venture, Damien Prim could find a place to express this taste for openness. “When I started my career with UVSQ, I was immediately attracted to the idea of creating a major research cluster on the Saclay plateau,” remembers Damien Prim. Driven by this conviction, he contributed very early on to the development and organisation of his department in terms of teaching and research. From 2006 to 2009, he was responsible for leading the chemistry strand at the Research and Higher Education Centre (PRES) UniverSud Paris, before becoming executive director of the Laboratory of Excellence (LabEx) Charmmmat (Chemistry of multifunctional molecular architectures and materials). When Université Paris-Saclay began to be formed, he joined the chemistry department’s office from 2015 to 2019, before becoming director of the Chemistry Graduate School at soon as it was set up.

Alongside his research, Damien Prim focused at a very early stage on the construction of new carbon-based molecular architectures. Since his thesis on the synthesis of heterocycles, he has been developing and modernising catalytic tools with or without transition metals, or ligands, to build bonds on an atomic scale. “While the dominant paradigm in molecular chemistry for a long time was to use one catalyst per bond formed, the trend is now to combine several different catalysts in order to build several successive bonds. In practical terms, these new approaches allow us to increase the complexity and diversity of molecules while being faster and more selective,” explains the researcher. The use of these innovative catalytic tools, developed upstream of any function and property, is essential for the preparation of molecules for applications in fields as varied as life, environmental or materials sciences.

Contributing to a 'green and virtuous' chemistry

Apart from the fact that these new catalytic tools are faster and more selective, they are also greener in the sense that they use less energy, save on atoms and generate less waste. These new tools also aim to mimic the functions and mechanisms of nature or to use and convert renewable rather than fossil raw materials. “It gives me great satisfaction as a researcher to be able to contribute to making my discipline more 'green and virtuous' (as I like to call our approach) through the development of tools and methods.”

Working on shapes and properties

Work on the shape of molecules and their properties, and more specifically on ion transport, is another important aspect of the research carried out by Damien Prim and his team. “The balance of ions flowing through channels on both sides of a membrane is crucial for the life of cells. Some diseases, such as cystic fibrosis, are linked to the disruption of these ion flows. In connection with this, my colleagues and I are working on constructing molecular models capable of restoring this channel function in the long term,” explains Damien Prim. Several skills have to be combined to develop these models. These include the skills of organic chemists to make the molecules, the skills of theoretical chemists to predict the forms and behaviours, the skills of physical chemists to analyse and understand the phenomena, and, more importantly, the skills of biologists. “This aspect of my research work has clearly benefited from the Paris-Saclay effect which brought together various research groups and skills within the community in the pursuit of same target or project. Without my colleagues at ENS Paris-Saclay, Université Paris-Saclay and Université d’Évry, my team on its own would never have been able to make the progress which has been made on these issues,” points out the researcher. And progress has certainly been made! “In particular, we’ve succeeded in trapping cations with a helical molecule which tends to mimic the helix shape of DNA. We’ve also developed a molecular anion clamp,” explains Damien Prim.

Damien Prim is now trying to incorporate the cross-disciplinary approach which he experienced for fifteen years while carrying out his own research work at UVSQ into the Chemistry Graduate School at Université Paris-Saclay. “The Chemistry Graduate School has 900 permanent staff, 300 Master’s and 300 PhD students from across the whole Paris-Saclay community. Coordinating all three aspects (teaching, research and innovation) is an exciting challenge. In my role as a director of the Graduate School, I’m committed to communicating as widely as possible the diversity and richness of our activities, which are organised around a strong disciplinary core and interdisciplinary opportunities,” says Damien Prim in conclusion. 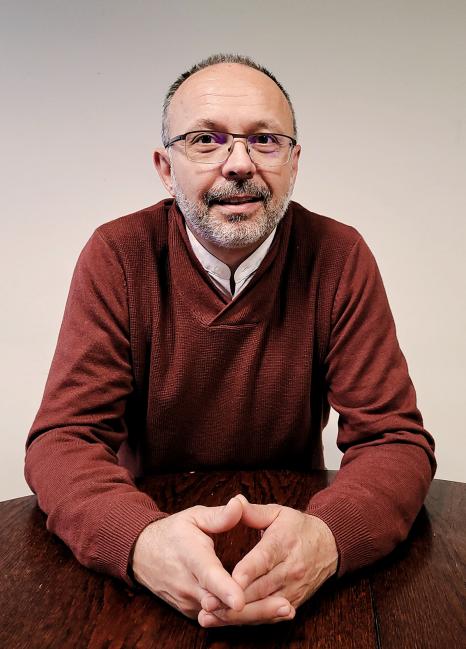