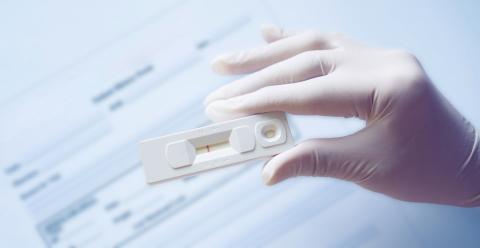 Claude Noguès carried out her research at the Laboratoire de biologie et pharmacologie appliquée - LBPA (Laboratory of Applied Biology and Pharmacology – Université Paris-Saclay, ENS Paris-Saclay, CNRS) and is a co-founder of the Kimialys start-up, in which she is currently fully involved. She develops state-of-the-art biosensors for health. By developing a new surface chemistry, she is aiming to make diagnostic tests more accessible and reliable.

Having trained in physical chemistry, Claude Noguès specialised in surface and interface chemistry for her Master’s at Université Paris-Est Créteil. In 2001, she defended a thesis on organic thin film deposits applied to photovoltaic and electroluminescent cells. Passionate about biology, she made use of her post-doctoral studies to broaden her skills. These took place between 2001 and 2007 at the Institut Weizmann des Sciences and the Hebrew University of Jerusalem. “While studying DNA as a polymer, I learned more about the nature of biological molecules,” explains the researcher.

In 2008, she joined the Laboratoire de biologie et pharmacologie appliquée (LBPA – Université Paris-Saclay, ENS Paris-Saclay, CNRS) and was recruited by CNRS in 2010 as a research fellow. For the past ten years, Claude Noguès has been developing a new surface chemistry applied to biosensors. In 2017, she decided to make use of the technology developed and to create the company Kimialys, which has recently started trading. Within this company, she is now developing sensitive, reliable and publicly available biosensors.

Study of the dynamics of molecular interactions

Since her arrival at LBPA, Claude Noguès has been focusing on the study of the dynamics of macromolecular interactions. She used her interdisciplinary experience, combining physical chemistry and biology, to analyse gene regulation. “I immobilised small amounts of DNA at different densities on a surface to study their reading by the enzymes responsible for transcription into RNA and translation into proteins,” the researcher describes.

In order to understand the interactions between the DNA and these enzymes, she used a SPR (Surface Plasmon Resonance) biosensor. “This instrument has a flat gold surface on which one of the molecules to be studied (the DNA) is immobilised and the other molecule of interest (the enzyme) is introduced in solution into the biosensor using a microfluidic circuit. We then follow the formation of the complex and its dissociation during rinsing,” says Claude Noguès. Thanks to this technique, the researcher could measure the binding kinetics between the two molecules as well as their affinity.

Although SPR biosensors have been successful in very pure solutions, signal detection was impaired by the introduction of a more complex liquid. The thousands of different proteins present in cell extracts or body fluids caused unspecified interactions with the biosensor’s surface. The much sought-after DNA-enzyme signal was drowned in unwanted interference which prevents any feasible study being made. “To reduce this background interference, I focused on the surface chemistry of biosensors. My aim was to protect the surface from unspecified interactions and to optimise the availability of immobilised molecules,” recalls the researcher. She spent the past eleven years developing a new surface chemistry applied to biosensors. “I tested its relevance and strength on different biological systems such as DNA, proteins, antibodies, peptides and cells. ’

A step into entrepreneurship

To promote this research work, she joined forces with the engineer, Cyril Gilbert, an investment analyst in technology companies. The pair created the Kimialys start-up in October 2020. “It is very gratifying for me to know that a product resulting from our research will have very real applications in everyday life,” points out Claude Noguès.

Thanks to their complementary backgrounds, the two co-founders share the responsibilities of the start-up. As scientific director of Kimialys, Claude Noguès manages the R&D innovation projects internally as well as together with both public and private partners. Cyril Gilbert is the president and CEO of Kimialys. He is in charge of operational strategy, marketing and fundraising. “The work I do now is research and development rather than basic research. I am developing biosensors in the form of diagnostic tests which can be developed into industrial products,” says the researcher.

This entrepreneurial adventure is based on a well thought-out project. Claude Noguès has looked back to the year 2017, which marked the launch of GLISS (General Liquid Interface Specific Surfaces), financed by SATT Paris-Saclay (Technology Transfer Acceleration Company). In partnership with Malcolm Buckle, also from LBPA, she laid the foundations during this time for Kimialys. “It was during the development phase of the GLISS project that I decided to apply my research to the field of health and diagnostics,” remembers the researcher. Supported in the initial stages by ENS Paris-Saclay and CNRS, in 2018 Claude Noguès won first prize at the HEC ‘Challenge +’ forum with GLISS.

Since then, the researcher-entrepreneur has concentrated full time on Kimialys and aims to hire a dozen employees by the end of 2021.

Revolutionising the diagnosis of disease

Biosensors, when applied to health, have real advantages for the diagnosis of disease. “Similar to pregnancy tests, strip tests have surfaces with immobilised biomolecules that will specifically detect a target molecule in saliva, urine, blood or serum samples,” points out Claude Noguès. Once this specific target is detected, the strip changes colour and informs the patient of their state of health.
As seen with the COVID-19 saliva test, which turns from blue to red, the demand for reliable tests suitable for implementation in the field is exploding. “We develop sensitive biosensors which ensure safe and effective diagnoses, avoiding the need for specialist intervention or the hospitalisation of patients to perform tests,” says the researcher.

It is about adapting the biosensor to each disease rather than a single process. As a result, Claude Noguès develops diagnostic tests for infections, such as SARS-CoV-2, as well as for therapeutic purposes. “For example, cancer treatment with immunotherapy can provoke a strong immune response in a patient and compromise its effectiveness or even be fatal. To prevent this immune reaction, patients are monitored for three to six months. This is a demanding procedure for them, as they have to travel regularly to the hospital,” explains the researcher. The technology developed by Kimialys could help diagnose diseases early and avoid many complications. “In the future, the patient will be able to perform the tests simply from home,” adds the researcher.

In the short-term, by developing more sensitive and reliable tests Claude Noguès can above all help to put an end to the era of nasopharyngeal swabs, which are generally quite unpleasant. 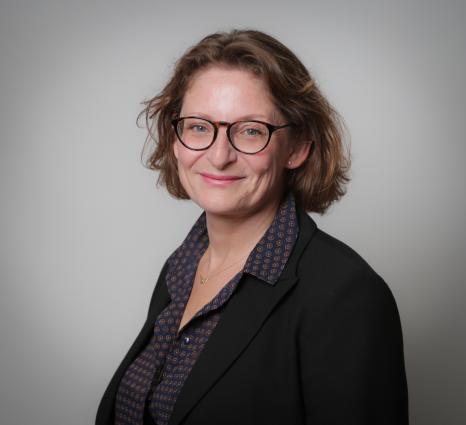