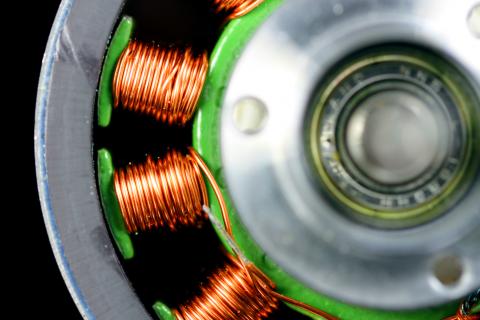 Claude Fermon: Magnetic sensors which help us in our daily lives

Claude Fermon is a research director at CEA and works at the Service de physique de l'état condensé (SPEC, Condensed Matter Physics Department - Université Paris-Saclay, CNRS, CEA) where he set up and then managed the Laboratoire nanomagnétisme et oxydes (Nanomagnetism and Oxides Laboratory), or LNO, until 2019. Internationally recognised for the development of magnetic sensors based on spin electronics, which can now be found everywhere in everyday life from automobiles to medical imaging and IT systems, he has just been awarded his third prize by the French Academy of Sciences.

The work of researchers within the LNO is divided between basic and applied research. This balance was created by Michel Viret and Myriam-Pannetier-Lecoeur when the laboratory was set up in 1998. Together with Myriam-Pannetier-Lecoeur, Claude Fermon has specialised in the development of magnetic sensors based on spin electronics for a multitude of applications. “Magnetic sensors make it possible to receive information remotely, without contact. Excluding the receiving antennas which have shaped today's society, nearly 3 billion sensors are produced every year.”

The great adventure of nanomagnetism

It could be said that Claude Fermon came to electronics via the scenic route. He was accepted for the ENS Paris mathematics competition in 1981, and initially studied botany before taking physics. He defended his thesis on nuclear magnetic ordering at Université Pierre et Marie Curie in 1986. “The 80s and 90s saw a great expansion in nanosciences. Thanks to the development of new deposition, microfabrication, lithography and observation technologies, we were suddenly able to reach nanometric sizes. All the tools developed over those years completely altered our understanding of condensed matter,” remembers the researcher. He was taken on by the CEA straight after his thesis and was given “carte blanche” during the years 1994 to 1995 to focus on nanomagnetism, as were other laboratories at Saclay at the time, such as the Laboratoire de physique des solides (LPS, Solid-state Physics Laboratory – Université Paris-Saclay, CNRS) or the former Institut d’électronique fondamentale (IEF, Institute of Basic Electronics), which has since merged with the Laboratoire de photonique et de nanostructures (LPN, Photonics and Nanostructures Laboratory) to become the Centre de nanosciences et de nanotechnologies (C2N, Centre for nanosciences and nanotechnologies – Université Paris-Saclay, CNRS).

Nanosensors for a high level of safety

Claude Fermon is behind the development of magnetic sensors for the automotive sector in particular. “Every mid-range vehicle normally contains between 60 and 80 of them. They are used to measure speed, monitor the engine, control the opening of doors or the position of the steering wheel.” CrivaSense Technologies, a transfer company created in 2014 by Claude Fermon and Myriam Pannetier-Lecoeur as a joint-venture with the American company Allegro MicroSystems (the world leader in magnetic sensors) designed and marketed these new sensors. “This strong collaboration between Allegro and the CEA has led, on our side, to the creation of a really competitive spintronic sensor prototyping system within the Saclay community, and for Allegro, the development of a steadily expanding range of spintronic sensors.” Today, the company is made up of 16 employees and includes a number of PhD graduates and post-doctoral students from LNO. Claude Fermon and Myriam Pannetier-Lecoeur continue to provide regular scientific support. “In fact, we are using spin electronics to develop a new generation of more sensitive and robust sensors which combine energy savings with increased safety.”

Today, Claude Fermon is focusing on applications in the area of health. One of his objectives is to develop very low field (10 mT) magnetic resonance imaging (MRI) for populations currently excluded from conventional high field MRI, such as patients with metal implants or premature babies. “The sensitivity of the detection sensors is the key to low field MRI as they must fall within the range of an attotesla.” A first device, designed for the brain, is currently being installed at the NeuroSpin research centre (Université Paris-Saclay, CEA). “It’s almost finished. In six months, we’ll be able to produce some real images. A second device, for medical imaging of newborns is currently under construction at Robert Debré hospital,” Claude Fermon says happily. This second project, which is supported by the French National Research Agency is being carried out in partnership with the Laboratoire d'Imagerie biomédicale multimodale Paris-Saclay (BIOMAPS, Multimodal Biomedical Imaging Laboratory Paris-Saclay - Université Paris-Saclay, CEA, CNRS, Inserm), Robert Debré and Kremlin-Bicêtre hospitals, and NeuroSpin.

Measuring electrical activity in the brain

Myriam Pannetier-Lecoeur and Claude Fermon have already jointly received the Aimé Poirson prize from the French Academy of Sciences in 2008 for the development of ultra-sensitive sensors based on spin electronics and superconductors which they successfully applied to biomagnetic measurements. “These sensors measure the electrical activity of the human body through the magnetic signals it generates,” explains the researcher. “They are mainly used in magnetocardiography (MCG) and magnetoencephalography (MEG), i.e. functional imaging of the brain.” A MEG laboratory has now joined NeuroSpin, with the help of Stanislas Dehaene and completes the functional MRI. “A the same time, we are also developing a lot of things around magnetic microscopy,” adds the researcher. “The field of research is endless and includes non-destructive testing, geology and paleomagnetism, etc. as are the types of industrial partners - oil exploration, security, communications, aeronautics, etc.”

Claude Fermon, a pioneer in the development of spin-based electronic sensors, is today at the cutting-edge of such research internationally. The physicist also grabbed at the chance of European funding programmes very early on and between 1998 and 2008, he coordinated five projects in succession. He has filed no less than 35 patents in a wide variety of sectors, half of which are co-owned with manufacturers. “In fact, our main competitors today are large companies,” he points out. Although he considers his achievements to be the result of collective research work, he is pleased to have just received his third prize - the 2020 Émilia Valori prize for the application of science - from the French Academy of Sciences.

As the author of several papers and a book on nanomagnetism and its applications published in 2017, Claude Fermon remains committed to passing on his knowledge to a younger generation of researchers. He would like to increase the beneficial impact of setting up the  Engineering and Systems Sciences Graduate School at Université Paris-Saclay, which is one of the most important at the University. “With 1,400 Master’s students, 600 PhD students and maybe over 1,000 researchers, it has enormous potential to transform the teacher/student relationship. Much like colleges in England, we could organise a form of tutoring. The researchers, on a voluntary basis, would take three or four students under their wing to help them in their studies, give them a ‘research’ perspective on their course and familiarise them with the laboratory and the way of approaching problems. By doing this, I think we would greatly improve their understanding. At the same time, we should give even more support to work-study programmes in all their forms and at all levels,” advocates the researcher. 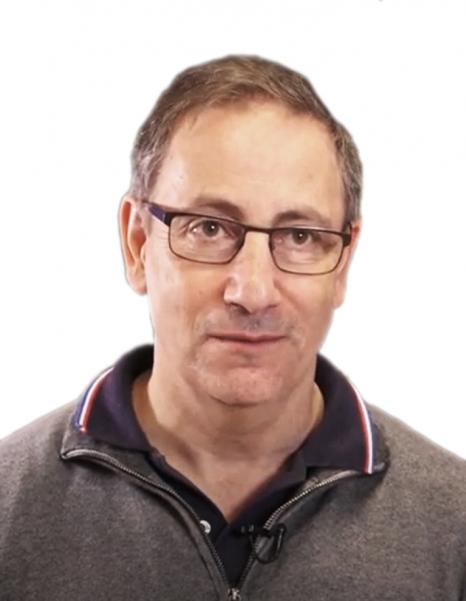