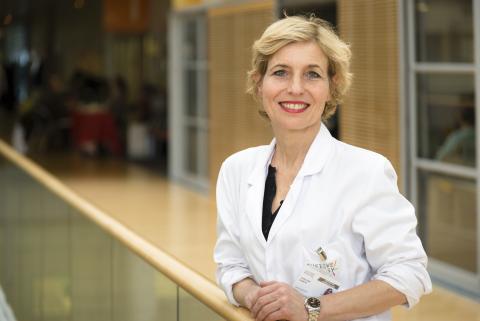 Dr. Caroline Robert is head of dermatology at the Gustave Roussy cancer campus outside Paris as well as a professor at the Faculty of Medicine of Kremlin-Bicêtre at Université Paris-Saclay. An internationally renowned specialist on melanoma – skin cancer – she heads a research team at the department of Predictive Biomarkers and Novel Therapeutic Strategies in Oncology at Gustave Roussy. Her team is studying the mechanisms of resistance to various cancer therapies. For Caroline Robert, the symbiosis between her clinical and research work is a major asset in her fight against cancer.

Caroline Robert heads the cutaneous oncology department at Gustave Roussy, the largest cancer center in France, where she treats melanomas and the dermatological side-effects of anticancer therapies. She also co-heads, with Stéphan Vagner, a research team at the department of Predictive Biomarkers and Novel Therapeutic Strategies in Oncology directed by Professor Fabrice André. "Using melanoma models, we try to understand the mechanisms of resistance to various cancer therapies – those that target specific molecular anomalies as well as immunotherapy – the better to fight them," she explains. In both cases, resistance occurs very frequently in spite of major strides forward. "Prior to 2011, there were no effective ways to treat metastatic melanomas. Our patients had a survival rate of one year, on average."

On the research front, the team led by Caroline Robert and Stephan Vagner is focusing on how protein synthesis control mechanisms influence cancer drug resistance. Protein synthesis is what biologists call the "translation" of transient copies (messenger RNAs) of the cell's genetic information. A few years ago, their team made an important discovery: the cancer cell, "stressed out" by therapy, modifies its translation, i.e. its protein production. "The aim is to prevent the cell from adapting by acting on its flexibility. We're trying to understand the dynamics involved, which are highly complex," says Caroline Robert. "So far, our research has only yielded biomarkers, but we hope that one day it will lead to therapies."

Caroline Robert's research work informs her clinical activities and vice-versa. "When your patients die, you want nothing more than to make forward progress." Her laboratory at Gustave Roussy is only a stone's throw from the hospital. "We work on samples from patients and carry out clinical trials for drugs developed by pharmaceutical researchers worldwide before they are put on the market."   Patients today, better informed than ever before, are also willing partners in their research. For Caroline Robert and her team, the doctor-patient relationship is all-important and their approach contrasts sharply with the "paternalism" of the past.

When Caroline Robert started her residency in dermatology, she wasn't especially interested in oncology. As the years went by, the situation of melanoma patients struck her with increasing force. "It was extremely distressing. Nothing could cure them and we did not tell them the truth." In 2000, after a four-year research fellowship at Harvard and a year working for the pharmaceutical industry, she came to Gustave Roussy, "an extraordinary hospital with very competent doctors who work closely together for the good of their patients. "People don't give our system the credit it deserves!" she says. "Research in France is excellent... as well as incredibly efficient, considering the resources available. When we finish building Université Paris-Saclay into a top-notch research hub, it will be time to celebrate!"

Dr. Robert graduated from the Cochin Port Royal School of Medicine in Paris (1990), took a master's degree in the fundamentals of oncogenesis, then spent two years in molecular biology research at the laboratory headed by Alina Sarasin at the French National Centre for Scientific Research. After receiving her French board certification as a dermatologist in 1992, she was appointed assistant head of the dermatology department for two years at St-Louis Hospital in Paris. She did a four-year research fellowship at Harvard University in Cambridge, Massachusetts, United States, then took a PhD in cancer immunology and immunotherapy. 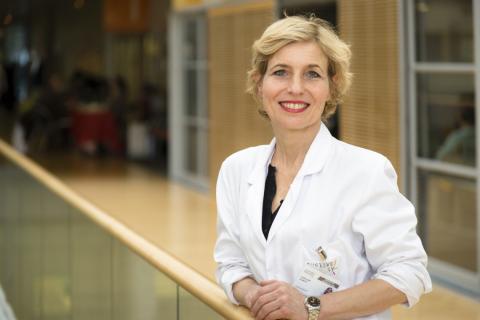