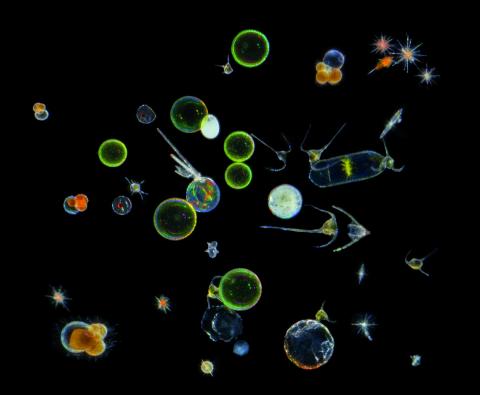 Laura Eme is a researcher at the Ecology, Systematics and Evolution Laboratory (ESE - Université Paris-Saclay, CNRS, AgroParisTech). She is interested in understanding gene transmission in eukaryotes and the way environmental changes are affecting the expression of their genes. Her Macro-EpiK programme has just been awarded an ERC Starting Grant.

The study of life has always fascinated researchers. Modern DNA sequencing techniques and whole-genome characterisation are opening up new fields of research. One of these is the work of Laura Eme, a researcher at the Ecology, Systematics and Evolution Laboratory (ESE - Université Paris-Saclay, CNRS, AgroParisTech). Within the "Microbial diversity, ecology and evolution" team, she is trying to understand the mechanisms of horizontal transfers - the exchange of genetic material between non-descendant organisms - in eukaryotes. Her work is focusing on a particular class of eukaryotic living beings: protists. These unicellular organisms account for nearly 75% of eukaryotic diversity and are a prime subject for genomic studies.

From the second half of the 20th century, studies highlighted horizontal gene transfers in bacteria (or prokaryotes). In fact, different species of bacteria were able to share genetic material and acquired, for example, antibiotic resistance properties transmitted by resistant bacteria. However, this transmission of genes to other organisms outside the progeny has hardly been studied in eukaryotes.  Described at the end of the 2000s, this phenomenon involved characteristics (process, frequency of transfer) different from prokaryotes.

Funded by an ERC Starting Grant, Laura Eme's Macro-EpiK research is intended to reconstruct the phylogeny of eukaryotes. "This will enable us to find out which genes appeared by horizontal transfers and were therefore inherited from other species. From these results, we will determine the ancestral characteristics of eukaryotes.

The other axis of research carried out by Laura Eme is turning around epigenetics. Gene expression results from a combination of many parameters: the same set of genes, present in two different organisms, may not be expressed in the same way. For example, bees may become either workers or queens, depending on the food they receive as larvae. In certain species of turtles, gender differentiation before hatching is governed by the incubation temperature of the egg.

The origin of these phenomena is epigenetics, which involves biochemical modifications of the DNA. These do not change the nucleotide sequence of the genes but are sometimes hereditary. They affect histone proteins around which DNA wraps during DNA compaction and influence gene expression.

"The idea of our work is to better understand the diversity of epigenetics on the eukaryotic tree, in order to track their origin and build an evolutionary history."

Laura Eme's team will generate and collect genomic data from different species of protists. Using this information, the researchers will carry out bioinformatics work in order to develop a methodology to identify horizontal gene transfers, applicable to a large number of genomes. They will also try to understand and analyse the importance of epigenetic modifications in eukaryotes. 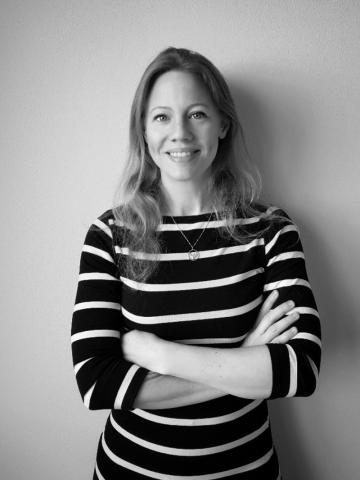 After a bachelor's degree in biochemistry, Laura Eme moved on to a master's degree in bioinformatics and genomics. She completed her PhD on the large-scale evolutionary history of eukaryotes at the Bacterial Chemistry Laboratory (University of Aix-Marseille, France). She then moved to Canada at Dalhousie University to work on the diversity of eukaryotes and their place in the tree of life. She also worked on the evolutionary processes that affect the genomes of this branch. She then did a second postdoctoral fellowship in Sweden at the University of Uppsala. Her work then focused on the study of archaea genomes and the origin of eukaryotes through a comparative genomic and phylogenetic study. This research earned her the Jacques Monod Prize, awarded by the Medical Research Foundation. Recently, she joined the CNRS as a researcher to work on epigenetic diversity and horizontal gene transfer in eukaryotes.