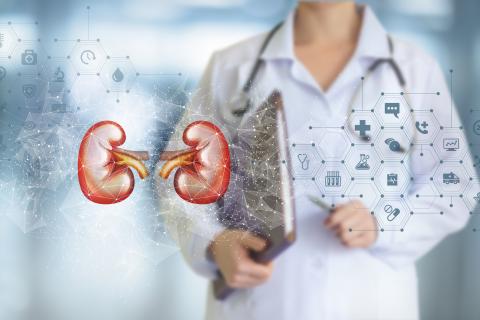 Bénédicte Stengel is a researcher at the Centre for Research in Epidemiology and Population Health (CESP – Univ. Paris-Saclay, Inserm, UVSQ) and Deputy Director of Research at the Graduate School Public Health at Université Paris-Saclay. She is the coordinator of the CKD-REIN cohort launched in 2011 and has made a significant contribution to the development of renal epidemiology in France.

Bénédicte Stengel's goal was to become a general practitioner; her vocation has always been obvious. This goal was achieved in 1982 when, after studying medicine, she obtained her PhD and began practising general medicine in the Paris suburbs and at the Medical Committee for Exiles in Kremlin-Bicêtre. "After a few years of practice, although I liked this profession, especially its human dimension, I realised that I was really missing the scientific aspect. So I became interested in education in public health research by choosing to do a DEA (post-graduate diploma) in statistics and health," explains the researcher.

Following this change of direction, she joined Inserm (National Institute of Health and Medical Research) as a research fellow in 1989 and began to focus on the effects of the environment on the kidneys. She then wrote a thesis on exposure to environmental toxins and the occurrence of glomerular nephropathy. "It was while writing this thesis that I became interested in the epidemiology of kidney diseases. I realised that there was almost no research into this field, which was yet to be developed. There was no reliable study or registry and no team or expertise in this field in France." Far from holding her back, this observation became the driving force behind the rest of her career, which she devoted to developing several research tools that would make a major contribution to France's influence in renal epidemiology research.

The creation of the REIN registry

In 1997, at the request of the Directorate General of Health, Bénédicte Stengel conducted a feasibility study on the collection of information on the management of renal failure. "This study was important because it served as the basis for the implementation, five years later, of the national REIN (Renal Epidemiology and Information Network) registry of renal failure replacement therapy, an information system of common interest to the health administration, clinicians and researchers. Coordinated by the Agency of Biomedicine, it shows us the evolution of the population's need for dialysis and kidney transplants and allows us to evaluate the future of patients over time," explains the researcher. There was a five-year interval during which Bénédicte Stengel moved to Johns Hopkins University in Baltimore, within the team that designed the conceptual model for the definition and classification of chronic kidney disease (CKD). "I was fortunate to see the concept at the foundation of modern renal epidemiology come to life, in a way. It was very exciting, but there was a lack of data," she recalls.

Although the creation of the REIN registry was an important step, as it finally provided a reliable resource on the management of renal failure replacement therapy in France, Bénédicte Stengel could not stop there. "The REIN registry quickly showed a continuous increase in renal failure in France. I was interested in the prevention of kidney disease, in other words, the whole submerged part of the iceberg. So we had to get our act together so we could advance research in this field," she says.

The emergence of a research network around CKD

From that time, she worked increasingly closely with many nephrologists who were interested in her results. In 2007, thanks to Inserm funding, she created a research network on CKD that she coordinated. The following year, she obtained funding through the call for proposals dedicated to very large-scale research facilities (TGIR) for the NephroTest cohort, conducted in collaboration with three renal function exploration services. "The data from this cohort, consisting of 2,000 patients, enabled us to contribute to the creation of the Chronic Kidney Disease Prognosis Consortium (CKD-PC) in 2009. This consortium aims to assess the prognosis of chronic kidney disease worldwide from more than 50 international cohorts," explains the researcher.

In 2010, thanks to this initial international recognition, the research network obtained a hospital-based clinical research programme (PHRC) to finance the French part of the international CKD Outcome and Practice Survey (CKDopps) cohort, devoted to the study of prognosis and clinical practices in chronic kidney disease. "Starting from almost nothing in the early 2000s, thanks to this increasingly structured and active network, we were beginning to be recognised, including internationally, in this emerging field of chronic kidney disease epidemiology," says Bénédicte Stengel.

Launch of the CKD-REIN cohort

It therefore comes as no surprise that the Chronic Kidney Disease-Renal Epidemiology and Information Network (CKD-REIN) cohort project was launched as part of the investment programme for the future (PIA 1) in 2011. "Because we were ready, we were able to win this call for proposals, set up a public-private partnership involving 13 academic partners and 11 industrial partners, and very quickly put in place a cohort, which I have been coordinating ever since, with the support of the Agency for Biomedicine for the information system part", explains Bénédicte Stengel.

Consisting of a nationally representative sample of 40 nephrology consultations including more than 3,000 patients monitored for five years, this clinical cohort answers key questions about the determinants and biomarkers of chronic kidney disease progression and helps identify clinical practices associated with better disease prognosis. "When we launched this new venture, I was fortunate enough to create my own team in 2015 within the Centre for Research in Epidemiology and Population Health (CEPHR): Renal and Cardiovascular Epidemiology. The team expanded in 2020 to create the new 80-person Clinical Epidemiology team, which includes epidemiologists, biostatisticians and a number of clinicians from various disciplines," she adds.

In addition to coordinating the CKD-REIN cohort which, since its creation, has led to the publication of nearly 50 articles, including around 15 in collaboration with CKDopps or other cohorts around the world, Bénédicte Stengel is currently the Deputy Director of Research at the Graduate School Public Health at Université Paris-Saclay. "The objective of this Graduate School, through its affiliated teams, is to conduct multidisciplinary research on major mental and physical health issues, drawing in particular on the work of the five cohorts funded by the PIA, including CKD-REIN! This is a way of reaping the benefits of the important work undertaken over the past 20 years," concludes Bénédicte Stengel, who since 2021 has also been President of the International Network of Chronic Kidney Disease Cohorts (iNET-CKD). 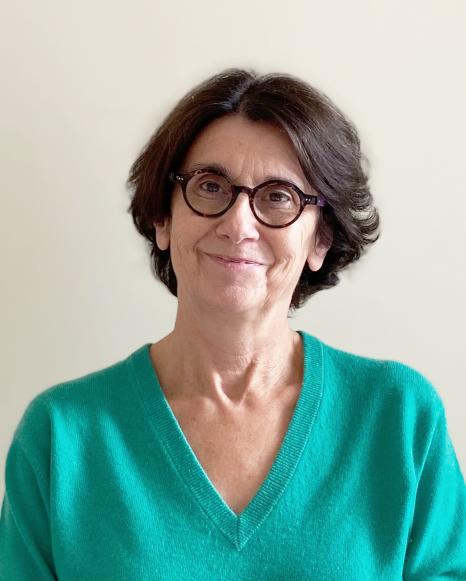