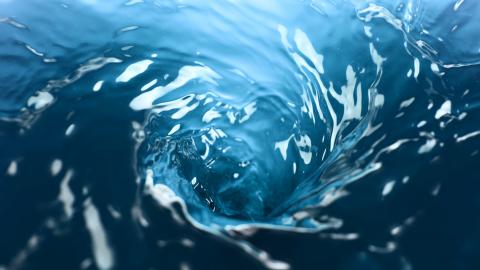 Basile Gallet is a researcher at the Service de physique de l'état condensé (Condensed Matter Physics Department) (SPEC - Université Paris-Saclay, CEA, CNRS) where he manages the “Geophysical fluid dynamics” team. He studies the dynamics of turbulent natural flows - whether on Earth, at sea or in the atmosphere - such as planetary and stellar magnetic fields, waves on the surface of the oceans and heat transport in the atmosphere, etc. These are then modelled and reproduced in the laboratory in order to better understand them. Nothing escapes the scientific curiosity of this young physicist, winner of the Jacques Herbrand Prize awarded by the “Académie des sciences” (the French Academy of science) in 2020.

Basile Gallet is the child of medical parents and was a brilliant student. He joined ENS Paris after studying his “classes préparatoires” (a two-year course after the baccalaureate which prepares students for the grandes écoles) at Versailles. Interested in the “dynamo effect” (a magnetic field generated by the internal flow of a star or planet), he left for a Master's work placement in astrophysics in Hawaii. “I've always wanted to demystify the mysterious aspect of natural phenomena,” says the researcher. In 2007, while he was doing his thesis at the “Laboratoire de physique statistique” (Statistical Physics Laboratory) at ENS, he took part in collaborative work with ENS Lyon and CEA Saclay which involved one of only three unique experiments in the world that succeeded in reproducing the Earth's magnetic field in a laboratory. “The idea is that if you mix a very strong liquid metal, with a power equivalent to one or two cars, the fluid spontaneously produces a magnetic field and electric current.”

Basile Gallet has lasting memories of this extraordinary experience. “It was amazing for me as a young researcher who, until then, had only approached research in a very theoretical way. We had to put on fireproof suits, communicate by radio and take measurements every day.” He defended his thesis in 2011 and then completed two post-docs. The first was in oceanography at the Scripps Intuition of Oceanography (San Diego, California). The second was carried out at the FAST laboratory at Université Paris-Sud, after which he was quickly appointed by the CEA in December 2013.

Today, the researcher has broadened out his research to include various models of natural atmospheric or oceanic flows described as “turbulent” because it is impossible to predict their erratic movements. “The movement made by a ball which has been thrown into the air is easy to predict. But you only have to watch water draining out of a sink to realise that the movement of liquids is complex,” explains Basile Gallet. “The movement of water seems to be unexplainable and completely unpredictable!” Basile Gallet has therefore incorporated three approaches (theoretical, experimental and digital) into his study of these flows in order to better understand them. “Even though we have known the equations for centuries, they are still impossible to solve completely.” Without questioning them, he tackles them via their solutions, i.e. by identifying the physical phenomenon observed. Recently, Basile Gallet has also used the power of supercomputers to solve structures which are incredibly complex due to the wide variety of sizes in the vortex structures in the flow. His idea is to simplify the models, just as physicists have done with thermodynamics for the understanding of structures made up of a large number of particles. “They decided that temperature and pressure were sufficient to describe the air around us. My aim is to do the same for turbulent flows, by introducing a few simple parameters into the equations (which are then called ‘constitutive equations’), such as how they will transport heat, dissipate energy, or capture atmospheric CO2.”

Predicting waves on the surface of the ocean

Since 2018, Basile Gallet has been granted an ERC Starting Grant for the FLAVE project. Its main objective is to study the interaction of turbulent flows with natural geophysical or astrophysical elements, such as their sensitivity to the Earth's rotation or the interaction of surface waves with underlying ocean flows. “We do not yet fully understand certain phenomena of fluid dynamics. These will require both theoretical and experimental work to be carried out.” The researcher is particularly interested in the spread of waves across the ocean surface, the influence of winds and currents, and the presence of large swells. “Historically, the study of wave propagation dates back to the Second World War, as part of the D-Day landings on the beaches of Normandy,” the physicist points out. “Today, it is used, for example, to anticipate the movement of the plastic continent floating on the surface of the world's oceans.”

Basile Gallet, however, is refraining from doing applied research. “I'm keeping my eyes open, but I won't be filing a patent any time soon. For the time being, fundamental physics is my area of interest. I’m seeking to create idealised models of geophysical fluid dynamics and then applying them in climatic or planetary models.” With his dual theoretical and experimental expertise, which makes it possible for him to use a wide range of tools, the researcher can combine physics and mathematics. “Initially, brilliant mathematicians managed to solve the equations in highly idealised situations. But they couldn't get any further, as they hadn’t seen what the solutions to the equations really looked like. Then digital simulation arrived on the scene, with the promise of answering all our questions, to the point of rendering theoretical or experimental approaches obsolete,” continues the researcher. “The power of digital computing today does not perfectly simulate the complexity of climatic, planetary or stellar flows, but it brilliantly simulates idealised situations which, in conjunction with laboratory experience, can guide a theoretician's intuition.”

Encouraged very early in his career, in particular by obtaining a junior chair position at Labex PALM, Basile Gallet has already won a number of prestigious scientific awards. The 2020 Jacques Herbrand Prize (which recognises young researchers under the age of 35), gives him a great deal of pleasure, recognition from his peers and confirmation that his research areas are relevant. “I have an incredible job. Imagine the freedom of being able to let one's curiosity run wild, ask questions and succeed in answering them!” 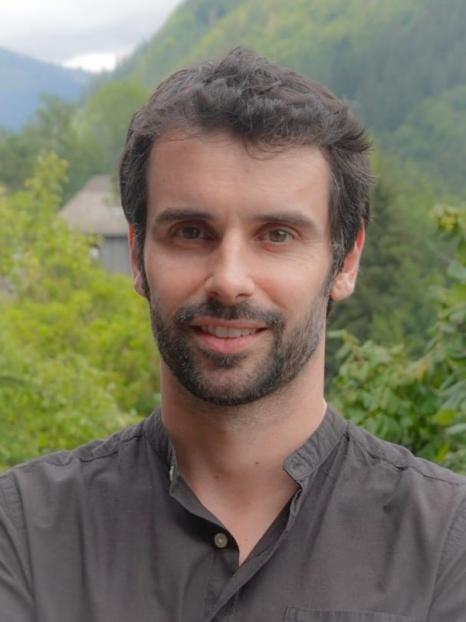