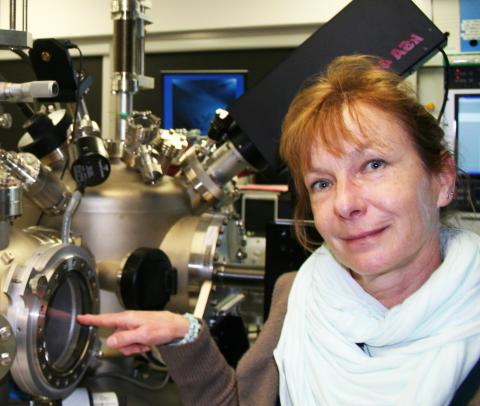 A professor at Université Paris-Saclay, Agnès Barthélémy joined the team directed by Albert Fert right after its 1988 discovery of giant magnetoresistance, which won him the 2007 Nobel Prize in Physics. Agnès Barthélémy still works with Albert Fert today at the CNRS/Thales physics lab in Palaiseau, run jointly by French National Center for Scientific Research – CNRS and the multinational company Thales. In 2017, she was awarded the Lazare Carnot Prize by the Académie des Sciences for her ground-breaking research in spintronics, a science that exploits the quantum properties of electronics, as well as in oxitronics, a.k.a. oxide electronics, which she helped develop at the lab. She has also received the prestigious IUPAP Magnetism Award and Néel Medal 2021 from the European Magnetism Association (EMA).

Agnès Barthélémy first discovered the joys of research during the internship required for her postgraduate degree in magnetism. She found herself in a team under Albert Fert, future Nobel Prize winner, at the Solid State Physics Laboratory (LPS - CNRS/Université Paris-Saclay) on the Orsay campus of Université Paris-Saclay. "I was lucky to meet him early in my career and have been working with him ever since!" she says, recalling the lab's "incredible atmosphere". After successfully defending her doctoral thesis in 1991, she landed a position as associate professor at Université Paris-Sud and was recruited to work at the Solid State Physics Laboratory. She followed Albert Fert to the CNRS/Thales physics lab, when it was established in 1995. She joined a research team that seemed "more like family" than mere colleagues.

IIn the late 1980s, researchers were studying man-made materials called magnetic multilayers, i.e. stacks of ultra-thin magnetic layers of iron separated by layers of non-magnetic metals, such as chromium. "Albert Fert's group observed that when a magnetic field is applied to this heterostructure, its resistance varies greatly. That's what we call giant magnetoresistance or GMR," explains Agnès Barthélémy. This major discovery opened up a new field of electronics called spintronics, of which one of the applications is the production of ultra-sensitive reading heads for computer hard drives. It was in this fledgling area of study that Agnès Barthélémy carried out her first research projects.

Binary data is stored on hard drives thanks to the orientation of small domains (bits) written onto a magnetic film. The data are read using a reading head that detects the magnetic field given off by these small domains. "We needed increasingly sensitive sensors to read bits of data that were decreasing in size. The fact that GMR-based reading heads could sense very low magnetic fields and substantially reduce the size of bits led to an exponential rise in data storage density," reports Agnès Barthélémy.

"Today, the idea is to cut energy consumption and come up with alternative solutions for data storage, reading and propagation. We're studying the potential of different oxide-based heterostructures with various properties in order to develop multifunctional components. For instance, thanks to magnetic tunnel junctions with ferroelectric barriers, it is possible to considerably reduce the energy needed to write data. We are also studying the potential of two-dimensional gases that appear at oxide interfaces, for the transportation of information in the form of a spin stream and no longer a charge stream." These conversion phenomena are being analyzed in Project OISO (oxide-based spinorbitronics), headed by Agnès Barthélémy and funded by France's national agency for research (ANR). The team is focusing on oxitronics, among other items of interest. In her view, the CNRS/Thales collaboration "promises new applications, enables interactions with experts in different fields, and allows for great freedom of action."

Saclay, a magnet for talent

Agnès Barthélémy has almost spent all her career at Saclay. "I think it's harder these days for students to commit to a dual career as university professor and researcher because of the red tape involved in preparing grant applications,” says Agnès Barthélémy, all the while underlining that Saclay constitutes a major pole of attraction for young researchers. For one thing, cooperation is nothing new at Saclay. "In addition, businesses, universities and other prestigious institutions of higher education have teamed up to form a research/business cluster, fostered by measures such as France's plan to create world-class laboratoires of excellence (LabEx)." Long known for its attraction for researchers, Saclay has become a magnet for new talent and new collaborations. 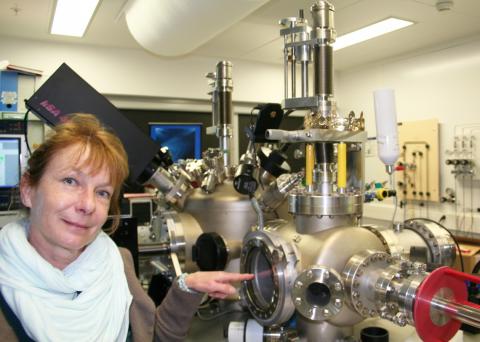