If you would like to register for the program please go here.

Dynamical Methods for COld Molecular collisions, from laboratory to beyond the Earth.

Quantum regimes and near thresholds dynamics probed by theory and experiments 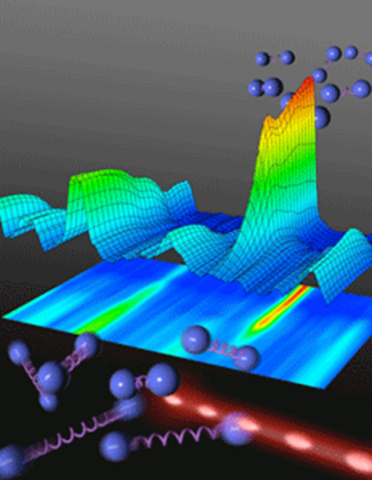 At low temperatures (with low to be defined precisely below), molecular collisions display sev­eral characteristics that make it markedly different from usual laboratory chemistry. While the physical principles underlying general reaction theories evidently hold, peculiarities arise, be­cause of the acute role of purely quantum phenomena, of symmetries, of dilution.

This workshop aims at clarifying the present situation and at finding new path for progress, by putting together specialists of various fields, from mathematical and computational physics, molecu­lar physics and physical chemistry, theoretical and experimental.  We shall pinpoint at the many difficulties that prevent rapid progress, and describe the experimental and observa­tional challenges.  Even more importantly, the workshop will bring together the various modern specialities which are in need of theory and experiment: very cold chemistry, in the field of the molecular Bose-Einstein condensates, ion and neutral molecular trap reactions, astrochemistry in cold environments, and possibly, low temperature chemistry of plasmas and chemistry of the Solar System small bodies.

Several characteristic are shared by those systems, which make them quite different from usual liquid state laboratory chemistry, and in need of detailed investigation:

All these features make the study of low temperature chemistry both more difficult and more rewarding.

More difficult, because of the intimate interplay between quantum and classical aspects, the need to deal with very large numerical problems. Also experimentally, reaching low tempera­tures (about 5 - 1 K for light atoms/molecules, down to the 1mK-0.1mK range in order to reach quantum collective effects for heavy molecules) is no small thing.

Two aspects make low temperature chemistry very rewarding. The low temperature dimin­ishes the relevance of high gas densities and the relevance of molecules with heavier molecular weight (rule of thumb is less than 10 non hydrogenic atoms), mainly because of sticking on sur­faces / low vapour pressures. For these light radicals/ions/closed-shell molecules, very detailed information may be gained, including detailed kinetics information. One may speak of state-to-state chemistry, of spin chemistry, of magnetic/electric field dominated chemistry. All these fields, while known for several decades, take now an actual experimental and observational im­portance, thanks to the advent of (i) sensitive observation of low-temperature chemistry in interstel­lar media (ii) relevance of ultra-low T chemistry for Bose-Einstein condensate (iii) com­ing of age of chemistry with beams/jets (iv) maturing of the traps, of various kinds (v) powerful analysing techniques, including high-resolution mass spectrometry and laser spectroscopy.

<--return to the programs page