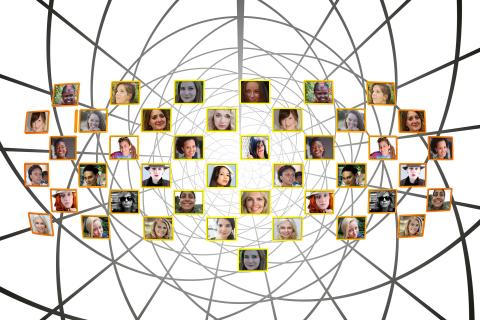 The E3N-E4N study aims to follow families through several generations in order to gather essential data for research into epidemiology and public health. The project recently received additional financing of three million euros from the French National Research Agency. This financing consolidates the already significant cohort follow-up being carried out under the E3N study and the collection of an unprecedented quantity of epidemiological data of vital benefit for numerous health questions.

Cohort studies are research tools that involve following a large number of individuals over several years in order to gather information, particularly with regard to health, and to draw links between causes and effects in the appearance of illnesses. The first such studies were set up in the wake of the Second World War.

Since 1990, the E3n cohort (Epidemiological study in women subscribed to the “Mutuelle générale de l'Éducation nationale” health insurance fund) has been following 100,000 French women born between 1925 and 1950. This initial study has led to the publication of around a thousand scientific articles and has addressed different public health challenges; for example, the results obtained have shown a link between survival after cancer and being overweight.

An extension to the project, known as E4N (Epidemiological study in women subscribed to the “Mutuelle générale de l'Éducation nationale” health insurance fund), was launched by the University of Paris-Saclay, Institut Gustave Roussy and Inserm, under the aegis of the Exposome and Heredity team at the Epidemiology and Public Health of Populations Research Centre (CESP - Université Paris-Saclay, UVSQ, Inserm). It has been financed since 2011 by the French National Research Agency (ANR) as part of the “investissements d’Avenir” programme (PIA). The ANR recently granted additional funding of three million euros until 2025.

By including the spouses, children and grandchildren of the women in the E3N cohort, E4N takes the quality of the data gathered and analysed up a level. The campaign for recruiting the children of the participants began in mid-2019 and is ongoing. However, the project's backers hope that they will soon be able to follow up 20,000 families over three generations and increase the number of participants to 200,000. This programme's scale is unique in Europe, both in terms of its size and of the diversity of the fields studied. Whereas E3N focused primarily on cancer, E3N-E4N broadens the study to include numerous other pathologies - particularly chronic ones -, such as diabetes, cardiovascular diseases and neurodegenerative diseases. Monitoring with families and for such an extended period is proving particularly important in terms of meeting these public health challenges.

“To understand the causes of major chronic illnesses, researchers must now also look at the interactions between genes and the environment. Families share genes, places of residence and living habits, which is why the E3N-E4N study is a perfect field of investigation for separating out genetic, family and environmental influences on illnesses,” explained Gianluca Severi, head of the Exposome and Heredity team.

“Chronic illnesses develop slowly, which is why the data from cohorts that have dealt with them typically acquires scientific value once the participants have been monitored for about a decade. Thanks to the women in the E3N study, however, who faithfully reported for duty for 30 years, we already have some indirect information on the exposure of their children, while they were in the womb or during their childhood in particular, periods that can prove decisive in terms of the risks of developing chronic illnesses. This should make it possible to obtain some very interesting results very quickly,” the researcher added.

The E3N-E4N study also promises to scrutinise the influence of various factors on the health of the participants. Gianluca Severi stated that “the BETA project (Biomarkers Associated with Exposure to Endocrine Disruptors: a Transgenerational Approach), also supported by Francesca Romana Mancini, will for example study mothers and daughters in the cohort to gain a better understanding of their exposure to endocrine disruptors and the physiological effects of these substances.”

E3N-E4N is not however content to have a broader sample and more extensive study topics. It also aims to test and implement new methods for gathering data. In complement to questionnaires and biological samples that give genetic or physiological information, the team will use tools including connected bracelets, in order to monitor the daily physical activity or the sleep of willing participants, or pollution sensors. These innovations in e-epidemiology give a more faithful description of living habits or exposure to pollutants, and will thus make it easier to determine certain causes of major illnesses.

Finally, short questionnaires sent by text message that take under two minutes to fill out will make it easier to gather data from the participants.

This large-scale project, using unique methods, is certain to uncover previously unseen data and to raise new questions, whether in terms of changes to health over the course of life, heredity or the impact of the environment and lifestyle on pathological risks. At least a five-year follow-up of the new generations will be required to have transgenerational data. The first results from the BETA project are expected within the next two years.