Procedure for the defense

The defense file is prepared via the Adum portal. Once all the mandatory fields have been filled in and the doctoral student has validated his/her request, the defense forms will be accessible in his/her personal space.

Documents related to the thesis defense

3 months before the defense, prepare your defense 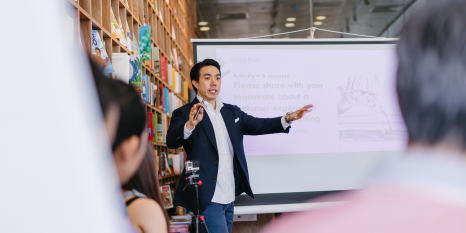 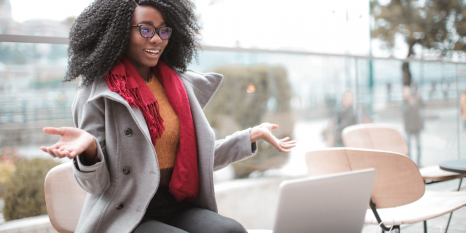 Given the context, we had to adapt to the good progress of the doctorate of each of you. Video-conference defenses have been set up for this occasion. However, it is necessary to be aware of the recommendations and precautions to be taken if necessary.

In order to guarantee an undisturbed defense, it is strongly advised to be accompanied by a technical guarantor who must be declared in advance (on ADUM)

The procedures for defending a thesis are set by the decree of May 25, 2016 setting the national framework for training and the procedures leading to the award of the national doctoral degree. According to this decree, the authorization to present a thesis in defense is granted,

According to this decree, the authorization to present a thesis in defense is granted,

on the basis of written reports prepared by at least two reporters, appointed by the head of the school,

The jury for the defense of the thesis is appointed

After the defense national PhD diploma

The form of the general and specific conditions of diffusion of the thesis (ABES) is approved by the service in charge of the legal deposit of theses;

With some exceptions, the members of the supervisory team are invited by the Jury to bring a light on the progress of the preparation of the thesis.

The principles of the Jury's composition aim to guarantee the quality of the doctorates awarded and their recognition. These principles are translated into rules of composition with certain possibilities of derogation.

Some of the characteristics of doctoral training, project-based training and the requirement for originality, mean that each doctoral thesis is unique and is evaluated by a custom-made Jury. The composition of the Jury appears both on the doctoral diploma and on the cover of the thesis.

The composition of the Jury is based on three principles: legitimacy, expertise and independence:

These simple principles ensure the best possible recognition of the doctoral degree.

Furthermore, it is recommended to take into account the professional project of the doctoral student for the composition of the Jury. Indeed, the participation to the Jury brings to its members an in-depth knowledge of the candidate's work, which has few equivalents and which can bring a real competitive advantage to a doctoral student during a later recruitment, in particular as a lecturer or a researcher. This in-depth knowledge is also very useful for the institution which will have to consider its recruitment.

The number of jury members is between 4 and 8.
At least half of the members of the jury are external to the doctoral school, to Université Paris-Saclay and to the doctoral project; they must not have signed any publications with the doctoral student. A doctoral school may add additional conditions in its internal regulations, for example, not to have co-published with the supervising team in the last five years.

The thesis director participates in the Jury but does not take part in the decision. He or she is counted as an internal member of the Jury.

At least half of the members of the jury are university professors or equivalent.

Emeritus professors and researchers are not included in the 50% quota of university professors or equivalent and cannot be presidents of the doctoral defense jury.

When the decree of February 10, 2011 concerning the grid of equivalence of titles, works and functions does not provide all the elements necessary to judge the equivalence between a job held in a foreign country and a position of university professor, the request for authorization of the Jury must be accompanied by an argument and a CV of the person proposed to participate in the Jury for the defense of a doctorate as a university professor or equivalent.

The members of the jury shall designate from among themselves a President and, if necessary, a rapporteur for the defense. The President must be a university professor or equivalent.

No member of the thesis management team may chair the jury.

The president of the jury is the guarantor of the proper conduct of the defense and the debates.

[1] Article 18 the decree of May 25, 2016 establishing the national framework for training and the procedures leading to the award of the national doctoral degree

According to article L612-7 of the Education Code, which defines what a doctorate is: "The doctoral degree is awarded after the defense of a thesis or the presentation of a body of original scientific work. This thesis or these works can be individual or, if the discipline justifies it, collective, already published or unpublished. In the case where the thesis or work is the result of a collective contribution, the candidate must write and defend a dissertation allowing for an appreciation of his personal contribution."

The deposit is done in two steps. The first deposit is done before starting the defense procedure. The second deposit is made after the defense and allows either minor revisions (specifying who was the president of the Jury on the cover page, for example), left under the responsibility of the doctor, or major revisions, requested by the Jury, which will be verified by a member of the Jury designated for this purpose.

The thesis is also subject to conditions of electronic diffusion on the theses.fr portal managed by the ABES (library agency of higher education), then on the European portal DartEurope. The electronic file of the thesis is deposited in Adum in PDF format. The metadata necessary for the description, management, distribution and archiving of the thesis, as well as for the production of the diploma are extracted from the doctor's Adum file.

Warning: The author of the thesis (the doctor) can only diffuse what belongs to him/her, the doctoral student must verify that he/she has the rights to diffuse the figures and articles, verification is possible on the Sherpa/Romeo websites.

Creative Commons licenses are a complement to copyright. These licenses facilitate the dissemination and use of works by authorizing in advance the exercise of certain rights for which copyright requires an authorization and an administrative and contractual process more consistent. Consult the librarians to know how to affix them to your thesis.

If the thesis has a proven confidential character (sensitive data for example), then an exemption to the public nature of the defense (in camera) must be requested from the head of the institution.

In this case, confidentiality agreements must be signed by all those who may have knowledge of the thesis content (rapporteurs, jury members, public).

This does not apply to the persons who will have to know the contents of the thesis, within the Université Paris-Saclay, within the framework of the exercise of their functions (the thesis director, the director of the research unit, the director of the doctoral school, the staff of the valorization service, the librarians in charge of the legal deposit etc.) because, except in particular cases, these persons are, because of their professional status, already subjected to obligations of discretion and professional secrecy and thus do not have to sign additional confidentiality commitments. More information...

In this case, the dissemination of the thesis on theses.fr and on DartEurope must also be embargoed for the duration of the confidentiality period.

It is then strongly advised to gather this confidential information in an appendix to the thesis which will be the only one to be submitted to the confidentiality obligations. The thesis, without its confidential appendix, provided that it still constitutes a coherent whole, can then be provided at the time of legal deposit.

The electronic file of the thesis is the .PDF format. Warning: a recent version of PDF must be used. PDF versions prior to 1.4 are no longer accepted.

The cover page must comply with Université Paris-Saclay standards. It must include each of the following regulatory information:

It is important to verify that the discipline on the thesis cover is part of the list of disciplines decided for each doctoral school and that it is the same as the one declared in Adum (the diploma and the legal deposit of the thesis are done from Adum, the discipline is on both documents)

A model and some examples of cover pages are proposed here.

Remark : The diffusion and the conservation of the thesis being done by electronic way for the Université Paris-Saclay, this cover page format is mandatory for the electronic versions of archiving and diffusion of the thesis. For the other modes of diffusion, the doctor is entirely free to choose the cover page format that suits him/her best (addition of illustrations or logo), but the regulatory information listed above must imperatively appear, in particular the legal deposit number (NNT).

The point of view of the management of the doctoral college on this issue.

The language in which the thesis is written is French, except for justified exceptions.

The choice of English is justified a priori by the needs of international distribution of the thesis.

This provision is made:

The choice of a language other than French for the writing of the thesis is therefore an exception, which must be agreed upon in advance by the actors of a doctoral training project.

Each doctoral student, French or foreign, of the Université Paris-Saclay is required, if he or she has written his or her thesis in a language other than French, to accompany it with a substantial summary in French, the length of which is defined by each doctoral school, and which remains between 4,000 characters, including spaces, and 20 pages, and which may vary according to the choice of language in which the thesis is written (if the language in which the thesis is written is English, the substantial summary in French requested may be shorter than for another language, the use of which is less common in France). The substantial summary of the thesis will appear as an appendix to the thesis, for consultation in the library and/or distribution on the Internet.

In all cases, the choices that have been made (choice of the language in which the thesis is written, format of the substantial summary) must allow the entire French-speaking scientific community to have access to the research work presented in order to obtain the doctoral degree.

Moreover, concerning the English language, although its use is widely established, it is nevertheless advised to consult beforehand, in an informal way, each member of the Jury, to make sure that none of them has any objection in principle to examine a thesis written in another language than French.