David Néron is a professor at the École normale supérieure (ENS) Paris-Saclay, a researcher at the Mechanics Laboratory, Paris-Saclay (LMPS – Univ. Paris-Saclay, CentraleSupélec, ENS Paris-Saclay, CNRS) and Director of the Graduate School for Research and Higher Education Professions (GS MRES). He is a specialist in model reduction, which he uses in the context of high-performance mechanical simulations.

After studying for the 2-year preparatory course for the competitive exams in science, David Néron thought he was destined to become a teacher. However... “My initial thought was that I should go to an engineering school and then go on into teaching, with the idea that I should deal with some real-life problems first in order to feel legitimate as a teacher,” he states at the outset. In the end, he found his calling in the Engineering Science Department at ENS Cachan (which is ENS Paris-Saclay today) which he joined at the end of his preparatory course. “As soon as I found out about research in this department, the idea of becoming a research professor suddenly seemed like a good idea,” remembers David Néron. This realisation led him on to completing a PhD on the simulation of fluid-structure interactions in porous media at the Mechanics and Technology Laboratory (LMT – Univ. Paris-Saclay, ENS Paris-Saclay, CNRS) in partnership with the University of Padua in Italy. While working as a lecturer at ENS Cachan, he spent a year as a CNRS representative in a laboratory at the École Centrale. In 2014, he became a professor at ENS Cachan and returned to the LMT, where he was the Deputy Director between 2015 and 2021. This was just before the LMT merged with the Soil Mechanics, Structures and Materials Laboratory (MSSMat – Univ. Paris-Saclay, CentraleSupélec, CNRS) on 1 January 2022 and became the Mechanics Laboratory, Paris-Saclay (LMPS – Univ. Paris-Saclay, CentraleSupélec, ENS Paris-Saclay, CNRS). Since 2021, David Néron has been President of the French Association for Digital Simulation in Mechanics.

Although at the beginning of his research career, David Néron imagined devoting himself to the field of biomechanics applied to sport, he actually finally concentrated on digital simulation and high-performance computing, with a common focus on the theme of model reduction. “Model reduction refers to a set of techniques which allow common factors from different simulations to be extracted, thereby allowing the solutions to physics equations to be represented in a compact way. In practical terms, we try to approach each problem by using the data, measurements, equations and calculations already carried out,” explains the professor. What are the advantages of these techniques and this way of representing information? Having a set of algorithms available allows equations to be solved much faster and as a result, the calculation work for engineers is made much easier. “These are methods which can be viewed from a purely mathematical point of view, but which in reality can still improve performance,” adds the professor.

Working at the interface between communities

Today, the subject matter of David Néron’s research straddles the gap between digital simulation in mechanics and applied mathematics – two communities which have not always worked so closely together. “Up until about fifteen years ago, each community worked on this subject privately, without really looking at what the other was doing. We gradually realised that the techniques and methods we were developing were ultimately related and that there was a lot we could do together. We’ve learned to understand each other and the communities have grown closer, whether it’s through joint projects, or seminars and conferences. This subject is also very closely related to artificial intelligence, a community with whom we’re increasingly creating stronger links,” points out David Néron.

A desire to be applied in industry

These model reduction and high-performance computing simulation techniques obviously have applications in industry. “We’re regularly working with stakeholders such as Safran, Siemens, Airbus, CEA and CNES where engineers are often faced with large calculations. Using our tools, they can test their ideas much more quickly and save valuable time with their innovative work,” explains David Néron. The man who wanted to go to an engineering school in order to be confronted with ‘real life’ before teaching, is now, in a way, doing the reverse. “As a researcher, I really want to see the results of my research being used in the world of industry and helping real-life projects to move forward. Especially as we’ve forged strong links with the industrial companies we work with and they also support the more fundamental aspects of our research,” he adds.

Although he teaches model reduction in the second year of the Research Master, David Néron has always hoped to educate the academic staff of the future through his teaching. “When you’ve been a student and taught at the École Normale Supérieure, this aspect of learning through research, as well as learning about research careers and higher education, is really part of your culture,” explains David Néron. In 2021, it was therefore natural for David Néron to take on the management of the Graduate School for Research and Higher Education Professions (GS MRES) in addition to teaching on the the second year of the FESup Engineering Science Master at ENS Paris-Saclay. “It’s a genuine pleasure for me to be able to contribute to bringing together all the initiatives aimed at students preparing for careers in research and/or higher education within the scope of Université Paris-Saclay,” says David Néron happily.

Preparing for the interdisciplinary approach of the future

In addition to being dedicated to students planning to undertake long, research-intensive studies and aiming for a career in research and higher education, a particular feature of this cross-disciplinary Graduate School is its interdisciplinary approach. “Our first objective within the board was to get to know each other in order to find common ground and create a sense of belonging. Having achieved this, we’re now aiming to create a showcase within the Graduate School for research in the various disciplines in order to prepare our students for the interdisciplinary approach of the future,” explains David Néron. In order to attain this goal, the Graduate School is launching an initiative this year called ‘Nurturing researchers, cultivate your brainpower’, which is organised around several practical initiatives. The first was a multidisciplinary junior conference which took place on 2 June 2022 where all the presentations were given by students participating in research placements during their course. “Some played the role of chair, while others spoke in the plenary session or in workshops where they presented their work,” explains David Néron. As a follow-up to the conference, the idea is to create a junior journal to which the students themselves will contribute by publishing their research projects. “We envisage creating junior laboratories in 2023 by enabling – via funding and coaching – interdisciplinary teams of students to set up joint cross-disciplinary projects and gain early experience of an interdisciplinary approach which they will no doubt increasingly practice throughout their careers,” says David Néron in conclusion. 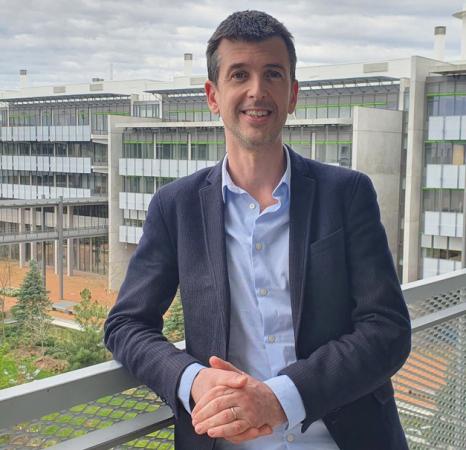