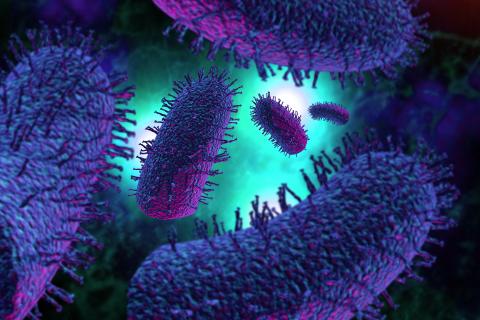 Yves Gaudin is a virologist, director of research at the Institute for Integrative Biology of the Cell (I2BC – Université Paris-Saclay, CEA, and CNRS) and deputy director of the Graduate School Life, Sciences and Health at Université Paris-Saclay. He is also involved in the Maladies infectieuses émergentes (Emerging infectious diseases - MIE) working group at the French Agency for Research on AIDS and Viral Hepatitis (ANRS) with his role being to outline a list of new emerging pathologies which need to be researched. Although the researcher was recently in the limelight for the coronavirus crisis, he has devoted more than 30 years to researching rhabdoviridae, their cell entry mechanisms as well as their viral factory. His research includes biotechnological development, which is a source of exciting therapeutic innovation.

In the virology department at the I2BC, Yves Gaudin leads a dozen people that are researching rhabdoviridae. The most well-known member of this viral family is rabies, which belongs to the lyssavirus genus. Rabies is one of the most lethal infectious diseases; a reported case of rabies case is always fatal. “It still kills 60,000 people a year around the world, mainly in developing countries, in Africa, the Indian subcontinent, South-East Asia and South America,” says Yves Gaudin. “Luckily, because of the way it is transmitted, there can’t be an epidemic like other viruses.” A vaccine against this disease exists but it does not cover all the strains that are circulating around the world.

Other rhabdoviridae, like the Chandipura virus, which is an Indian virus, cause lethal encephalitis in children, with a 50% fatality rate. “Although we haven’t seen a major epidemic of this yet, we don’t know how it is transmitted,” points out the virologist.

Rhabdoviridae are unique in that they have a genome made up of RNA (ribonucleic acid). Like coronaviruses, they have a viral envelope and a spike protein, called glycoprotein G, which allows them to enter the cell. Among other things, the researcher is working on this virus entry mechanism.

While the cell is infected, viruses cause compartments called ‘viral factories’ to be created, which contain one or several stages of the viral life cycle. “We are looking at how the rabies virus creates its viral factory in the cell,” explains Yves Gaudin. “We want to understand how this factory interacts with cellular innate immunity (the cell’s defences) and how the virus itself sets up its own counter-defences to evade those of the cell.”

The researcher’s team was the first in the world to prove that the viral factory has unique properties; when it sets itself up in the infected cell, it creates itself using liquid-liquid phase separation, “much like how oil doesn’t mix with water”. The article, which was published in 2017 in Nature Communications, led to the team receiving the Bettencourt Coups d’Élan prize in 2019. “We're now continuing to study the molecular basis that allows these assemblies,” explains the researcher. “We want to find out how innate immunity detects and interacts with these formations, that is, we are trying to identify the cellular proteins that can detect infection and those that are expressed by the infected cell to fight the infection by modifying the viral factory’s properties.”

Yves Gaudin is also interested in vesiculoviruses, which is another genus in the rhabdoviridae family. The most researched of these is the Indiana vesiculovirus (VSV). “Glycoprotein G, which is involved in cell entry, is widely used in biotechnology,” states the virologist. Once the protein has been modified, it can be used in gene therapy. “We’ve identified mutations that suppress the protein’s recognition of its natural receptor. Following this, we transplanted an element that gives it a new specificity, all while keeping its properties. Thus, the glycoprotein only allows entry into cells that need treating. We hope to use it to treat cancers by specifically targeting tumour cells using a modified VSV that would only enter these cells and kill them.” This would avoid any risk of disseminating the virus into healthy cells in people whose immune system has already been weakened by the disease and chemotherapy.

The glycoprotein is being developed at the I2BC, but the team is working with several other research teams in France, including the Institut Curie. The project has received a great deal of support and funding, including from the CNRS’ programme de prématuration (prematurity programme), the Association pour la recherche sur le cancer (Cancer Research Association - ARC), the Banque publique d’investissement (Public Investment Bank - BPI) and an American start-up. Since 2018, the team has filed two patents on the specific retargeting application of the VSV glycoprotein, one of which has just led to a licensing agreement by an American company.

Yves Gaudin always wanted to be a scientist. After a 2-year preparatory course for competitive exams in Nantes, he set off for Palaiseau and École Polytechnique. He struggled to decide between mathematics and physics. This was in the 1980s, during the onslaught of the AIDS epidemic. Young Yves Gaudin wanted to understand why people were still dying due to a virus in the 20th century. He loved Sylvain Blanquet’s biology classes and did his internship at the Laboratoire de génétique des virus (Virus Genetics Laboratory) in Gif-sur-Yvette, supervised by Anne Flamand. He enrolled in a DEA (research master), followed by a PhD on the structural characterisation of the rabies virus glycoprotein. After defending his thesis in 1992, he spent a year as a postdoctoral fellow funded by the Fondation pour la recherche médicale (Medical Research Foundation). A year later, the CNRS hired him as a research fellow. Success came when he published two papers in Science in 2006 and 2007, which described the structure of two different VSV glycoprotein conformation assemblies.

For 12 years, Yves Gaudin taught at École Polytechnique and elsewhere. He also presided over Section 20 of the CNRS (Molecular and structural biology, biochemistry) between 2016 and 2021, before being appointed as the deputy director of research in the Graduate School Life Sciences and Health (LSH) at Université Paris-Saclay in May 2020. “This Graduate School brings together more than 1,300 researchers and covers a broad field of research from basic research to translational research and clinical medicine. My main role is to build a continuum between two worlds that too often ignore one another.” His next challenge involves bringing together all the researchers at Université Paris-Saclay who work on stem cells. The aim is to create more competitive consortiums that can submit to call for proposals and appeal to industrial partners. “If I didn’t believe in it, I wouldn’t try,” smiles Yves Gaudin. 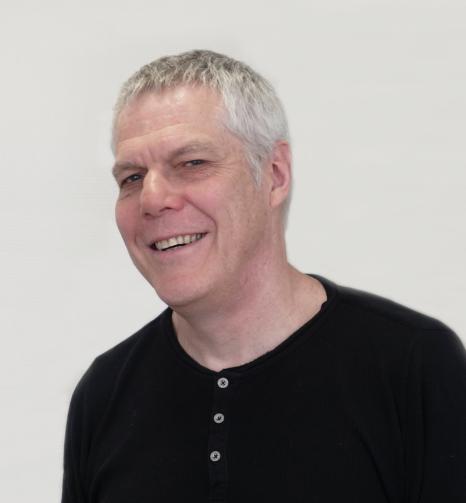