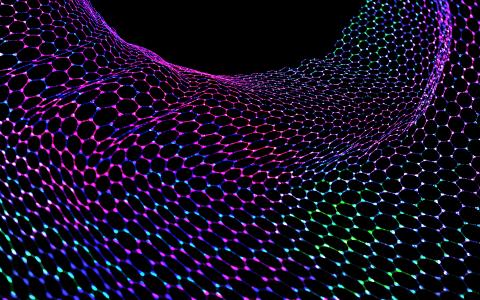 Rebeca Ribeiro-Palau is an experimental physicist working in the PHYNANO team (Physics and technology of nanostructures and quantum systems) at the Centre for Nanoscience and Nanotechnology (C2N - Univ. Paris-Saclay, CNRS). Her research experiments on condensed matter, and in particular on graphene, have led her to set up innovative methods of nanofabrication with electronic transport measurement techniques. Her recent work on the formation and control of topological states in van der Waals heterostructures earned her the Ernest Déchelle prize from the ‘Académie des Sciences’ (French Science Academy) at the end of 2021.

“Materials science research is essentially about modifying materials and studying their new properties. We know why a conductive material and an insulating material have different properties, but we don’t know how to switch from one to the other, and especially how to change these properties in a continuous way. This is the quest for many researchers in the field of materials science!” explains Rebeca Ribeiro-Palau enthusiastically.

It is this quest which has shaped the academic and scientific career of the young researcher from Venezuela. Throughout her work, she has been particularly interested in graphene, a two-dimensional material extracted from graphite and composed of carbon atoms arranged in hexagons or a ‘honeycomb’ formation. Because of its remarkable mechanical, thermal and electrical qualities, graphene has the potential for several strategic industrial applications, particularly in binary electronics and replacing silicone in transistors. It is also a rich subject for basic research and seeking to better understand its quantum behaviour.

The study of graphene nanoribbons under extreme conditions

Rebeca Ribeiro-Palau worked on graphene for the first time during her PhD work at the National Laboratory for Intense Magnetic Fields (LNCMI) in Toulouse. The use of this material in transistors is limited by its particular electronic structure which makes it behave like a semimetal. Unlike semiconductor materials, such as silicon, graphene does not behave as an insulator under normal conditions, which is a problem when transistors are switched off. One way to turn it into a semiconductor without altering its original structure or properties is to cut it into nanoribbons.

During her PhD, Rebeca Ribeiro-Palau created and studied these nanometre-wide strips which can act as electronic switches. Under extreme temperature conditions of around 1 K (-272°C), she saw how applying a very strong magnetic field to these ribbons affected the properties of the graphene. “Under the effect of this magnetic field, a pair of one-dimensional conduction channels appear on each edge of the ribbon. These channels are sensitive to the atomic structure of the edges which, depending on whether it is zigzag or armchair shaped, gives it different properties.”

Working towards a new resistance standard

After her PhD, Rebeca Ribeiro-Palau joined the National Laboratory of Metrology and Testing (LNE) to do a post-doctorate on the development of graphene as a quantum standard of resistance for the international system of units.

Since 1991, the world standard of resistance, i.e. the way in which one resistance is compared to another, has been established through the quantum Hall effect. This effect is generated by applying an intense magnetic field at very low temperature perpendicular to a conductive interface. Under such stresses, a conduction channel forms at the edge of semiconductor materials. The resistance measured between the edges then depends on two fundamental constants of nature: Planck's constant and electron charge. This value is extremely accurate and unchanging and is used as a standard of resistance.

Again, the properties of graphene make it an interesting material. “With graphene, effective resistance standards are obtained at lower magnetic fields and much higher temperatures,” explains Rebeca Ribeiro-Palau. “As the experimental conditions for calibration are less demanding, it’s easier to transfer the technology to industry.” The aim of this work is that, in the long term, manufacturers will be able to calibrate their equipment themselves, rather than having to call on metrology laboratories.

The question of angles in van der Waals type heterostructures

Her second postdoctorate at Columbia University in the United States laid the groundwork for her current research. “I was interested in the properties of graphene when placed in van der Waals-type heterostructures, i.e. artificial materials generated by the successive stacking of layers and in particular when placed next to an insulator such as boron nitride,” explains Rebeca Ribeiro-Palau.

The researcher found that the current conduction properties depend on and change completely according to the crystallographic alignment between graphene and boron nitride.  Depending on the position of the layers and especially the angle between them, graphene goes from being very conductive to very insulating. “In the course of this project, we developed a technique which allowed us to change the orientation angle between the two layers and as a result allowed us to manipulate the conduction properties in a continuous and reversible way!” Thanks to this technique, Rebeca Ribeiro-Palau and her team could study intermediate states, between insulator and conductor, as well as new physical properties of matter.

In 2017, the researcher joined the C2N and continued to explore issues of angle and crystallographic alignment to investigate so-called topological states of matter. Preserved, these states ignore the surrounding disorder and “are predicted to be key to the future of quantum technology,” explains Rebeca Ribeiro-Palau.

In 2019, her Twistronics project received an ERC Starting Grant. The work on controlling the angle between two sheets of material was producing results and attracting the attention of the scientific community. Rebeca Ribeiro-Palau won the Ernest Déchelle prize from the French Science Academy in 2021 and the researcher has some great ambitions. “I would like to make France a leader in this field in Europe. It’s a very new field of research and few researchers are working on it because until now there have been neither the means nor the know-how. We are just starting to explore this new branch of materials science and physics more broadly. We don’t know where it’ll lead us, but the potential is enormous.” 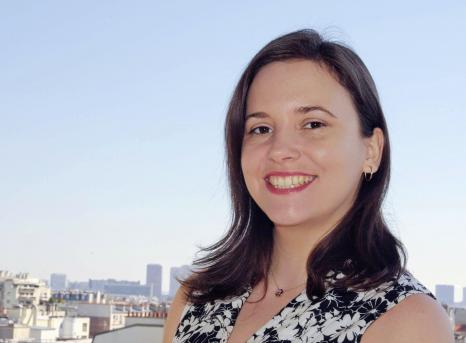