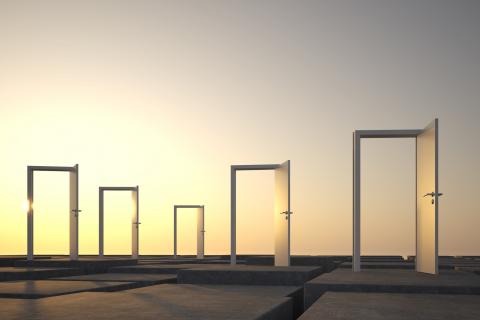 After studying economics and management at Université de Caen and Manchester Polytechnic (now Manchester Metropolitan University), Pascal Corbel was still unsure of what direction to take in his career after completing his Master’s degree. “I could see myself as a lecturer, a business creator or working in a consultancy agency”, he remembers with a smile. After thinking about it, he ended up going into research by enrolling in the DEA in Concepts et méthodes du diagnostic d’entreprise [Business diagnosis concepts and methods] at Université Paris-Dauphine, following this up with a PhD. He did not, however, give up this love for entrepreneurship and consultancy. Throughout his career, this has not only been seen in his research and teaching positions but also in his many commitments at Université de Versailles – Saint-Quentin-en-Yvelines (UVSQ), where he began his career as a lecturer, then at Université Paris-Sud and now at Université Paris-Saclay.

Pascal Corbel began his research career at UVSQ with a PhD devoted to the relationship between technical progress and employment in the electrical nuclear power industry. “At the time, I was mainly interested in corporate social responsibility and job protection strategies, but I owe it to my research director, André Maïsseu, to have turned me onto the nuclear power field. This helped me to learn about the world of technical innovation which, since then, has been my main area of research”, says Pascal Corbel.

After being awarded his PhD, he received a postdoctoral contract at UVSQ in 2000, where two years later, he was appointed as an associate professor. When he joined the Management Research Laboratory (LAREQUOI – Univ. Paris-Saclay, UVSQ), he gradually focused his work on several major themes. “I became interested in open strategy in intellectual property, which is a paradoxical strategy wherein you don’t use patents to protect yourself. This naturally led me to investigate technology standards battles”, explains the lecturer. With this in mind, he organised several research programmes for his research unit.

From Creating a CFA to Developing PEPITE PEIPS

In addition to his research, Pascal Corbel jumped into his educational responsibilities, getting involved in governance work. In 2002, he took charge of the learning and partnership DESS, and in 2005, he accepted the opportunity to steer the implementation of a Centre de formation par apprentissage (CFA) [Apprenticeship Centre], in partnership with the Versailles Chamber of Commerce. “Thanks to this experience, I gradually became the go-to expert for apprenticeships. I was appointed by UVSQ’s vice-chancellor to be the officer for apprenticeship development between 2005 and 2007, then the vice-president of development, partnerships and sponsorships between 2009 and 2012, and then vice-president of businesses, partnerships and lifelong learning from 2012 to 2015”, explains the lecturer.

Pascal Corbel was also at the top of the list when the vice-chancellor had to appoint an entrepreneurship advisor. This position was a natural complement to his previous roles and led him to get involved in the steering committee in charge of creating the Paris-Saclay entrepreneurship and innovation cluster (PEPITE PEIPS). He later came to joint lead it. This is a role he continued upon joining Université Paris-Sud, which belongs to the same PEPITE as UVSQ. “In addition to planning events and providing support, this project was an opportunity for me to create the student entrepreneurship diploma (D2E) and to take part in stimulating student entrepreneurship at my new university. In 2016, I launched a project to create an observatory of local innovative start-ups in Paris-Saclay which, after being put on hold for a while, is now under review,” adds the lecturer.

In 2016, after relinquishing his role at the PEPITE PEIPS, Pascal Corbel accepted the position of vice-president of corporate relations and lifelong learning. “This work was, for the most part, located in Université Paris-Saclay’s departments, so our first task was to create an organisation that could coordinate and support them in these fields. To do this, we set up a department for career guidance and corporate relations, in addition to an entrepreneurship cluster. This allowed us to launch various projects and initiatives”, explains the researcher. Since nothing seemed to be able to stop him, once this project had finished, Pascal Corbel was appointed head of the Economics & Management Graduate School at Université Paris-Saclay. “This Graduate School brings together 250 lecturers and academics, 11 research units, and 1,700 Masters and PhD students. My first goal was to launch an initiative to help the community get to know each other”, concludes Pascal Corbel.

As For the Future? New Projects!

If there is one way to describe Pascal Corbel, it is that he always has an idea and knows how to turn these ideas into projects. “I’m someone who has never created a business. I’ve spent my career creating new organisations and developing projects in the institutions that employ me”. Having recognised the importance of intellectual property at Université Paris-Saclay, he is currently working with other colleagues to create an intellectual property academy with a lifelong learning dimension. “Right now, I see myself an intrapreneur at Université Paris-Saclay”, he concludes. 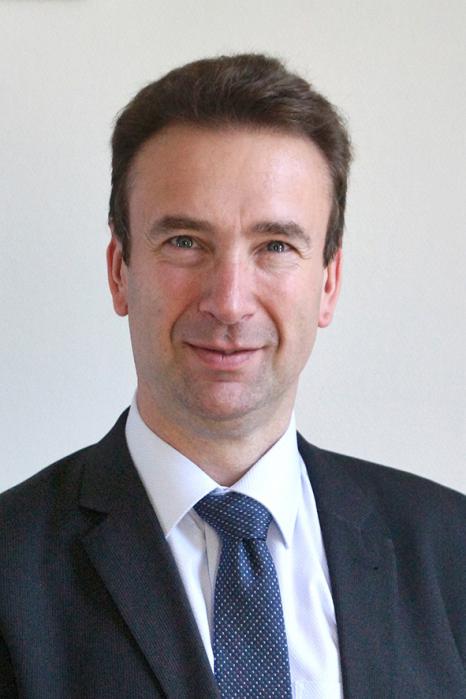