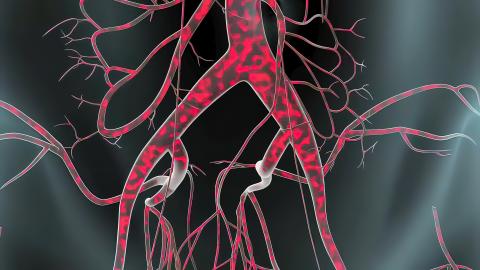 The EndoVx project, which is based on previous work carried out by researchers at the Marie Lannelongue hospital and private partners, is focusing on developing a platform to improve the detection and treatment of aortic aneurysms.

The aorta is the largest artery in the human body. It runs from the heart, through the thorax, to the abdomen and supplies blood to the entire body. It is essential for the human body to function properly. Its dilation (or aneurysm) leads to a rupture of the aortic wall if not treated in time. In ninety percent of cases, this leads to the person’s death. Techniques to detect dilation and to treat this exist, but their reliability and speed of application are limited. The EndoVx project is aiming to improve the management of aortic aneurysms. EndoVx was the winner of the call for university hospital research proposals in health (RHU) which funds research projects at the transition between basic and clinical subjects. It is putting forward a platform to treat aortic aneurysms more quickly and in a more individualised manner. The project combines artificial intelligence, digital modelling and 3D printing techniques. Its director is Stéphan Haulon, a lecturer in vascular surgery at Université Paris-Saclay, a surgeon and Head of cardiac and vascular surgery at the Marie Lannelongue hospital.

There are two types of corrective treatments for aortic aneurysms. The first, known as ‘surgical’, is invasive. It involves incisions, such as a laparotomy of the abdomen or a thoracotomy of the chest. The second is ‘endovascular’. This procedure is less invasive than surgical repair and aims to implant a stent through the blood vessels. The insertion of this synthetic aorta inside the diseased aorta allows the blood to flow more easily. Two types of stent exist for this type of treatment. There are the standard stents, which have a uniform shape, and the custom-made stents, which are suitable for complex aneurysms, i.e. aneurysms located near where the arteries to the kidneys and viscera begin.

Stéphan Haulon and his colleagues involved in the EndoVx project are using an artificial intelligence platform which they have developed to improve the treatment of aortic aneurysms. This is the ARVA platform (Augmented Radiology for Vascular Aneurysm) which automatically analyses images of the aorta. It provides an automatic and standard measurement of the external diameter at a given time. This measurement is crucial in treating aortic disease as it provides information on the most appropriate time to perform surgery, depending on the size of the aorta. It also automatically monitors the aorta for any reduction or enlargement after treatment.

Another aim of the project is to improve the design and manufacture of synthetic aortas. Stéphan Haulon raises the following important issue. “At the moment, their manufacture is akin to haute couture and can take several months. These stents are manufactured in Australia, which further increases the time it takes to get them delivered.” Their manufacture currently takes between two and five months. The EndoVx researchers are suggesting an alternative. Their idea is to create stents using 3D printing. The manufacturing time will then be reduced to about ten days. The stents created in this way will also be more precise and tailor-made to a patient's aorta. 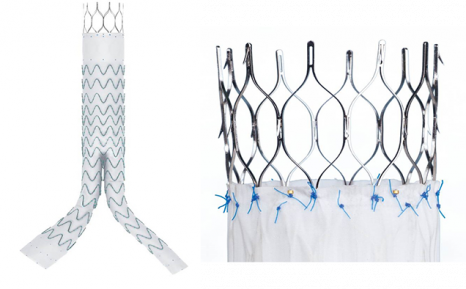 A collaborative and cooperative project

EndoVx is the result of several years of collaborative research between the world of academia and that of entrepreneurship. “My team is working with several key players in the field, without any of these people being connected in any way. The aim of EndoVx is to bring all these people together and involve each stakeholder directly,” explains Stéphan Haulon. One of these is the start-up Incepto with whom Stéphan Haulon’s team created the ARVA algorithm. Incepto, which was formed in 2018, develops platforms for medical imaging using artificial intelligence. The start-up Predisurge is also involved in the project through the digital simulation of stents. The project is concerned with confirming digitally whether the proposed stent fits the aorta as automatically analysed by the ARVA platform and providing an automatic design of the stent.  Medlab is involved in the 3D printing of these synthetic aorta. This business specialises in printing with nitinol, an essential component of stents, and in printing orthopaedic implants. In addition to its metallic nitinol structure, the synthetic aorta also contains PTFE plastic (also called Teflon®). Scientists from the Charles Gerhardt Montpellier Institute (ICGM) provided the expertise to combine PTFE with 3D printing.

In addition to its primary focus, EndoVx also has other more secondary, but not insignificant, objectives. In particular, it helps train medical students in minimally invasive techniques under real conditions. The 3D-printed synthetic aorta models mimic the conditions of an aorta operation in the operating theatre, allowing students to safely practise for an operation. These models also improve the conditions of the operation itself. Thanks to artificial intelligence and more accurate information about the appearance of the aorta, it is no longer necessary to use X-rays and contrast dyes (which are toxic to the kidneys) to see inside vessels. Finally, the technology developed as part of the EndoVx project has drastically reduced experimentation on animals which has been replaced with experiments on 3D printed models. This is of added benefit to animal welfare and to research itself because the synthetic aorta models obtained using 3D printing are much closer to the human anatomy than animal models will ever be.