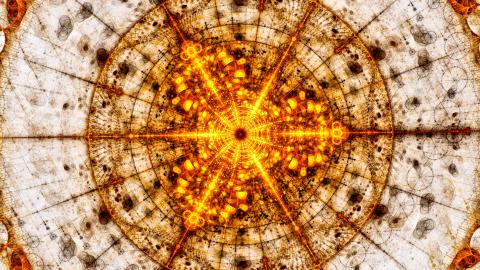 Lucile Beck is a researcher in heritage science at the the Carbon 14 Measurement Laboratory (LMC14 – Univ. Paris-Saclay, CEA, CNRS, Ministry of Culture and Communication). With a passion for heritage science, she is developing new ion beam techniques for the analysis and dating of archaeological materials.

Lucile Beck obtained her chemical technician ‘baccalauréat’ (British A-level) in 1983 and did not initially see a future in further study. “We didn't know about post-baccalaureate training in my family and I was practically the first to take that step.” However, she had a keen interest and ability in physical science, so she embarked on a university career. She passed her DEUG (a former bac+2 level degree), an undergraduate degree and a Master’s degree in physical science at Université Paris-Sud in Orsay, and prepared for the competitive examination for the ‘Certificat d'aptitude au professeurat de l'enseignement du second degré’ or CAPES (Secondary School Teacher's Certificate), a diploma needed to teach in secondary schools. Lucile Beck then came across the catalogue for an exhibition about science supporting art organised by the Research Laboratory of the Museums of France (LRMF, but known today as C2RMF), which is located in the Louvre. “I fell in love with it instantly and from that moment I was sure I wanted to specialise in this field.” She completed a DESS (‘Diplôme d'études supérieures spécialisées’ or Postgraduate Diploma in Specialised Studies, a former level bac+ 5 degree, which is equivalent today to a Master’s) in physical measurements applied to archaeology at the University of Bordeaux, during which she completed a work placement at LRMF. Then, in 1988, she was approached to complete a PhD by the Centre Ernest Babelon in Orléans, which is a laboratory specialising in nuclear techniques for the study of ancient coins. She defended her thesis in 1991. “I’ve developed ion beam techniques for the study of Roman and Merovingian goldsmithing methods. This was the first time that ancient gilding had been analysed using ions.”

Lucile Beck used her first particle accelerator (a Van de Graaff generator) for this work. It produced accelerated protons or helium ions which bombarded the sample to be analysed in order to determine its elemental composition. “The advantage of these nuclear techniques for analysing precious materials is that they are non-destructive and don’t make them radioactive.” Ion beam analysis uses X-ray, gamma-ray or radio particle emission spectroscopic techniques (Rutherford experiment). The latter in particular provide concentration profiles between the surface and the interior of the object without having to cut it. These measurements are traditionally carried out in a vacuum, but for cultural heritage - for example large statues - it is not possible to study these objects under such conditions. As a result, in this case, beams extracted into the atmospheric air were used. The improvement of these techniques has been driven by such applications. “These techniques are used for cultural heritage and cultural heritage in turn ‘boosts’ their development.”

Multiple experiences at the CEA

In 1991, Lucile Beck joined the measurement in experimental design department at the CEA Military Applications Division. The centre sought her expertise in radiation spectrometry as part of the development of diagnostics for nuclear testing. Following this, Lucile Beck decided to broaden her expertise. “We were fortunate in being able to explore a wide range of subjects and to move easily between departments at the CEA.” This is the reason why she joined the palaeomagnetism team in 1995 at the Low Level Radioactivity Centre, which is today known as the Climate and Environmental Sciences Laboratory (LSCE - Université Paris-Saclay, CNRS, CEA, UVSQ). The team studied the Earth’s past magnetic field. In 1998, she joined the National Institute for Nuclear Science and Technology (INSTN) to introduce students at the École Centrale, Supélec, Université Paris-Sud and secondary school and college teachers to nuclear analytical techniques. Among other things, she created a course on dating methods and also continued with her research in numismatics and the silvering of Roman coins.

In 2005, Lucile Beck was seconded to the C2RMF for five years and joined the ‘Accélérateur Grand Louvre d'analyse élémentaire’ team (AGLAE - Grand Louvre elementary analysis accelerator). She took on the management of this team in 2008. Here, she developed analytical techniques dedicated to cultural heritage science and managed the regulatory aspects of radiation protection.

The researcher focused mainly on the study of prehistoric rock art during this period. Portable instruments combining fluorescence and X-ray diffraction, and Raman spectrometry (to analyse the molecular composition of pigments) were installed for the first time in situ in the Rouffignac and Villars caves in the Périgord. “In the first cave, we analysed the crystalline phases of manganese dioxide, a black pigment used by prehistoric men for drawing. We found out that just one type of pigment had been used to create the famous frieze of ten mammoths, whereas the other paintings revealed a much more varied set of pigments. This result suggests that they were probably created by a small group of individuals and over a very short period of time.”

The secondment came to an end in 2010, so the CEA offered her the opportunity to manage the Joint Accelerators for Nano-science and Nuclear Simulation (JANNuS), a new laboratory dedicated to research into the effects of irradiation in materials. It comprises three coupled accelerators, making it one of only two facilities in the world capable of irradiating nuclear power plant materials with three different types of ions simultaneously. This helps to understand how these materials change over time in order to increase their lifetime, limit maintenance shutdowns and design materials resistant to very high radiation levels for future reactors.

Lucile Beck was awarded the National Order of Merit in 2013 in recognition of all her work and scientific discoveries which have contributed to the development of accelerators.

Leadership of the LMC14

In 2015, the researcher took on the management of the the Carbon 14 Measurement Laboratory (LMC14), the national platform for carbon-14 dating which is attached to the LSCE. The samples measured there are for paleoclimatic, environmental, archaeological and monitoring studies to do with nuclear power plants or for those commissioned by museums. Thanks to this research work, she has developed a method of dating materials which traditionally could not be dated using carbon-14. This includes lead white, a pigment which has been produced since the 4th century BC. Lucile Beck and her PhD student have demonstrated that during its manufacture it incorporated carbon of organic origin, which is the key to the application of the method. “We’ve added an important material for art to the list of compounds which can be dated using carbon-14! ”

The Atoms for Heritage Collaborating Centre

Since Lucile Beck enjoys being involved in more than just one thing, she is also actively participating in the new partnership signed between Université Paris-Saclay and the International Atomic Energy Agency (IAEA). This is called the Atoms for Heritage Collaborating Centre. Its aim is to preserve heritage and combat the illegal trafficking in heritage objects in order to promote peaceful nuclear applications for the benefit of society. The researcher, who has worked for a long time with the IAEA, is contributing to one of this partnership’s missions, which is to provide training and education internationally to scientists who do not have access to nuclear techniques for the analysis and dating of ancient materials. 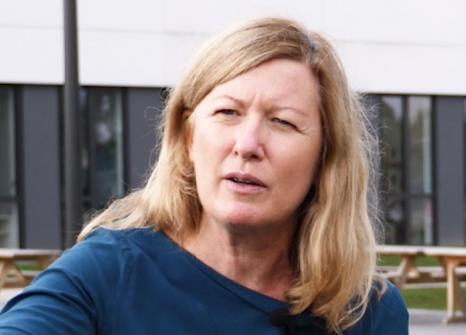