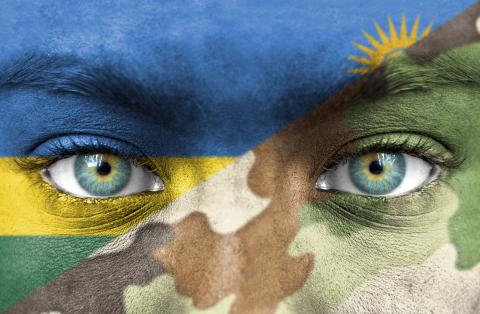 François Robinet is a lecturer in contemporary history and a researcher at the Centre for Cultural History of Contemporary Societies (CHCSC – Univ. Paris-Saclay, UVSQ). His career has been dedicated to studying the Rwandan genocide in 1994 and public debates concerning Franco-African relationships during the Fifth Republic.

In 1994, François Robinet began a degree in history at Université François Rabelais of Tours. He was particularly interested in contemporary history and cultural history and authored his dissertation about the way in which media discourse is a vehicle for extremist messaging when it comes to the work of French parliamentarians. “Since then, I discovered a strong interest for political crises, in studying the links between media and public opinion, and for understanding the role of certain media discourse in the weakening of our republican institutions during moments of crisis.” He sat the CAPES exam in 1998, ‘agrégation’ in history the following year, and then taught at the secondary school level at Lycée Voltaire in Orléans. This experience gave him the opportunity to question certain shortcomings of school curricula, which neglected entire sections of the history of many continents and certain African aspects of the history of France. “As a historian, but also a citizen, I want to participate in correcting these imbalances and to shed light on less-studied aspects, hence my involvement in researching the history of the relationship between France and Africa.”

A thesis focused on the Rwandan genocide and Franco-African relationships

In 2007, François Robinet decided to restart his research on his preferred subject, but this time, in the context of crises affecting the continent of Africa. He began a PhD about media coverage of contemporary African conflicts. The subject was a sensitive one, because at the time, the image of Africa that was shown in France caused several controversies, whereas French intervention on the continent, in Rwanda, in the Central African Republic and the Ivory Coast, were the subject of criticism. “I was interested by the political, democratic and scientific issues that these debates provoked, and I wanted to better understand how this continent and its communities were perceived, represented and sometimes depicted in French media in the 1990s and 2000s.” In particular, he was interested in conflicts that took place from 1990 to 2000, including the Rwandan genocide. The extremist government in power in 1994, which was supported by France, was responsible for the massacre of nearly one million people because of their supposed ethnicity. “On these extremely sensitive subjects, it is vital to carefully investigate, because the results of such work question the functioning of our institutions, our democracy and, ultimately, our relationship with the world, yesterday and today.”

François Robinet is also keen to share the results of his research with his students and a wider public by organising a history and media analysis festival: ‘Les Médiatiques’. Over eight years, in Orléans until 2019, researchers, experts and journalists met and exchanged ideas at conferences and round tables on subjects such as the relationship between journalists and politicians, or the coverage of international news.

The researcher defended his thesis in 2012, and in 2013, he was awarded the role of lecturer at the Centre for Cultural History of Contemporary Societies (CHCSC – Univ. Paris-Saclay, UVSQ). “I very quickly returned to the Rwandan issue because I felt that I had not yet reached the end of the subject. At the time, politicians were still too often in denial about French responsibilities and no French historian was working on the subject.” François Robinet wanted to understand the role played by the different stakeholders in Rwanda, before and during the genocide. With this in mind, he carried out an investigation into the way in which public opinion was, on several occasions, a determining factor in the strategic choices made by French politicians at the time.

For this work, François Robinet tried to imagine new ways of exploring sources. During the 2010s, in France, institutions became more cautious and made access to public archives on Rwanda difficult. Over the course of several years, he hunted down any available sources and visited Rwanda several times to collect archives and testimonies on the ground, which came to be more than 6,000 documents. François Robinet is one of the few researchers to have so much information about the subject, and one of the only ones to tackle the issue of French responsibility head on.

The researcher has not lost sight of his desire to disseminate and share his investigative work. For example, in 2014, he organised ‘Rwanda 1994–2014. Récits, constructions mémorielles et écriture de l’histoire’ (Rwanda 1994–2014. Narratives, memory constructions and the writing of history), an international 3-day conference which was held at UVSQ, at ENS Paris and Université Denis Diderot. “This was a key moment for historiography but also in my career because I met several Rwandan and foreign players to whom I didn’t necessarily have access until then. I learnt a lot from them.” Papers from the event were released by ‘Les Presses du Réel’ in 2017. At the same time, the research also published a book based on his thesis, 'Silences et récits. Les médias français à l’épreuve des conflits africains (1994-2015)' (Silences and narratives. French media in the face of African conflicts (1994-2015).

A rigorous and ethical methodology

François Robinet is also interested in how scientific knowledge is produced, including investigatory methods used by researchers working in sensitive areas. He is the founder of the RwandaMap network, which reflects these issues. He is working on developing a digital platform which should be ready in the first half of 2022. The network is focused on a collective of French, Belgian, British, South African and Rwandan researchers, who specialise in the archival, memorial and heritage traces of the Rwandan genocide. It is working on creating the first international cartography on the places of documentation and archive related to the genocide.

What takes up part of François Robinet’s days since 2021? Leading the Graduate School for Humanities – Heritage Science at Université Paris-Saclay. In this role, he uses his experience as co-director of the School of Humanities from 2016 to 2020. “For this new structure, we would like to better understand the particularities of our disciplines, the virtues of investigating in the humanities and social sciences, develop new forms of interdisciplinarity and intensify the relationship between research and learning.” Spread over 12 research units, 130 researchers and around a hundred doctoral students in history, heritage science, archaeology, musicology, design, languages and literature work closely with colleagues from experimental science fields. For François Robinet and his team, it is about structuring these different communities, to include them in shared dynamics, and to strengthen the visibility of their work, particularly in heritage sciences and on questions of scientific mediation, which are two major areas of study for the humanities. 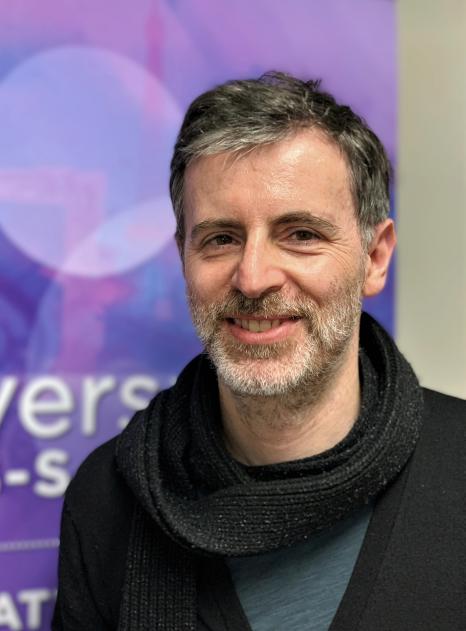